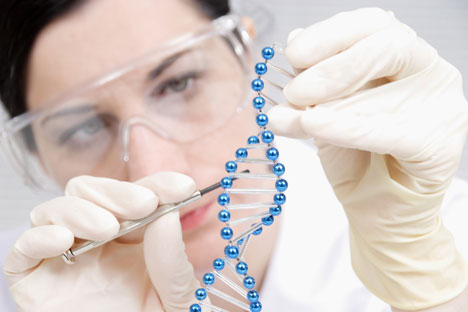 The next technology wave will be related to bio- and nanotechnologies. Source: PhotoXpress

The West seems to be losing its lead as the driver of humankind’s technological development. The next technological node may be initiated by developing countries, specifically China, Brazil, India and Russia.

The West seems to be losing its lead as the driver of humankind’s technological development. The next technological node may be initiated by developing countries, specifically China, Brazil, India and Russia.ankind is facing another critical stage in its development. The breakthrough caused by advances in microelectronics that pushed mankind into its fifth technological mode has already exhausted its colossal power. Startups in this field appeared 30-40 years ago already, and the pioneers of that industry can now be seen on top lists of the largest global corporations.

The next technology wave will be related to bio- and nanotechnologies, and the twenty-first century will become the age of “living systems” – technologization, commercialization and super-profits will be built around them in one way or another, according to Russian scientists.

Having learned to move faster owing to hydrocarbons and played around with gadgets, mankind has come to think about health and prolonging life. During the next decade, pharmaceutical personalization will become the main trend in the medical research market. Now that insurance companies are increasingly inclined to pay for a patient’s recovery but not their treatment process, pharmaceutical companies have to introduce biomarkers into pills to learn whether a treatment has helped or not.

This trend offers smaller innovation companies a better chance of elbowing their way into the drug formulation market, bypassing Big Pharma. “How will a cancer patient be treated in ten years? A blood sample will be taken and tested with 100 biomarkers. Only the agents that respond positively will be used for treatment,” says Andrei Ivashchenko, chairman of the Board of ChemRar High Tech Center.

He does not rule out that many innovation solutions will first appear in emerging markets – in Russia, China, Brazil – and only later in America and Western Europe. “Russia is now well positioned because of the recent financial crisis and difficult situation in Europe. Venture flows to developed countries and a large number of biotech developments, including in personalized medicine, have been suspended. Western partners are eager to transfer these technologies to Russia. In addition, we have created a comprehensive set of tools to support these developments at various stages,” the expert said.

Russia currently accounts for about 3% of high-tech products globally. The country has a strong natural science school, but state leaders have in recent policy speeches specially emphasized the development of sophisticated economic sectors, including medicine.

Other leaders in the developing world share this policy. For example, China is now way ahead of the United States in its number of human genome sequencing computers (these determine the sequences of amino acids), which are necessary for developing medical technology. “China has 370 computers of this kind, while the United States only has 200. The largest Chinese supercomputer is run by researchers who study the human genome,” says Konstantin Skryabin, Academician of the Russian Academy of Sciences.

The scientific framework enabling the transition to the sixth technological stage has mostly been developed. Mankind has learned to read and create new genetic texts. We are capable not only of breeding a hitherto unseen plant, insect or animal, but also of creating a human being. However, there are moral, religious and ethical obstacles that prevent scientists from taking this step.

It must be said that no technological breakthrough will be possible in the twenty-first century unless mankind manages to answer some other questions, especially how to reduce its dependence on traditional energy sources and materials. Sergey Kalyuzhny, board member of Russian company Rusnano, believes the reduced share of metals in materials consumption will be the key trend of the future. Metals will gradually be replaced by ceramics and plastic. There will be more carbon, composite and “smart” materials with various properties.

As for energy sources, nuclear and alternative sources will take the lead, including in resource rich countries like Russia. In the next ten years, the production of so-called fast reactors is expected to reach the industrial level, says Rosatom Director General Sergey Kirienko. To generate 3 gigawatts of electricity, such reactors only require 0.125 kilograms of fuel, while conventional coal-fired power plants would have to burn 420 tons of coal and conventional thermal reactors about 25 kilograms of fuel to generate the same amount of power.

The main trend in the alternative energy sector will be connected to the creation of lithium-ion batteries, which will improve the competitiveness of wind and tidal power plants. For instance, currently, a 50% reduction in wind power results in an almost ten-fold drop in a plant’s capacity, which is a major concern for power engineers. New batteries will accumulate “excess” power on a commercial scale during wind and tidal power peaks and effectively transmit it in windless and low tide conditions.

Waste treatment is a totally different challenge. In this area, emerging markets will have to try and catch up with the West, which is quite far ahead. For instance, in Germany 15% of organic waste materials are processed to generate electricity and heat. Russia has only recently finished adapting these technologies and is now starting construction on two biogas plants in Krasnodar Krai, which will host the 2014 Winter Olympics. Potentially, Russia can increase domestic gas output by 15% by producing biogas from organic waste alone.