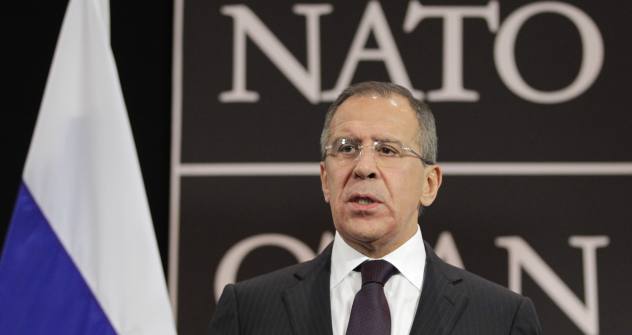 Russia will benefit from the establishment of a NATO transit center in Ulyanovsk, both commercially and politically; even so, the Kremlin will have to assure the population that this will not put the security of the country at risk.

The first reports about the plans of Russia and the United States to seriously consider establishing a trans-shipment center in Ulyanovsk, Russia, to facilitate transportation of goods from Afghanistan to final destination stations emerged last month.

Almost all the top-ranking officials who initiated the agreement share the opinion that the accord will not threaten the country’s national security. In a letter to State Duma deputies, Defense Minister Anatoly Serdyukov said that creation of a trans-shipment point for U.S. and NATO cargoes at Ulyanovsk “serves Russia’s military security interests.” He explained that the United States and NATO will work with the Transport Ministry on the establishment of the center rather than the Defense Ministry because such a center would not be a military base. All the cargoes would have to be cleared through customs. Armed Forces Chief of Staff General Nikolai Makarov, supported Serdyukov, saying that the Defense Ministry was ready to sign a contract for reverse multimodal transit of cargoes from Afghanistan.

Dmitry Rogozin, Russia’s former permanent representative to NATO and now a deputy prime minister responsible for the military-industrial complex, also warned against dramatizing the project. “This is commercial transit, meaning that Russia will be getting money for it. I don’t think transit of NATO toilet paper via Russia should be qualified as treason,” he wrote on his Twitter account. Foreign Minister Sergei Lavrov’s recent statement as good as disproved Rogozin’s words, however: the center in Ulyanovsk will transit both NATO personnel and equipment, and not only support cargoes for the U.S. military contingent in Afghanistan. Lavrov added, though, that NATO personnel would only stay in Russia long enough to change from one transport to another.

In any case, the transit procedure looks very simple: various cargoes are to be moved from Afghanistan to Russia by air, bypassing Uzbekistan. In Russia, trains will be forward cargoes to NATO states. The Ulyanovsk-Vostochny airport will become the trans-shipment hub for NATO cargoes.

It is noteworthy that Russia and the United States have managed to reach the agreement amid the ongoing wrangle over a broad range of issues, including Syria, Iran and missile defense in Europe. Moscow’s gesture should be interpreted in various contexts. It may, indeed, be the case that the trans-shipment of NATO and U.S. cargoes serves Russia’s national security interests; yet it is the political context that should be applied here. During the first couple years of his new presidency, President-elect Vladimir Putin will be faced with the major task of improving relations with the West. It is apparently this goodwill gesture that is designed to display Putin’s willingness to embark on a dialogue with the United States amid the current differences.

But the price of this move might prove quite high. First, no one knows for sure why the Uzbekistan administration refused to provide transit for NATO cargoes. It cannot be ruled out that they were seriously concerned that the transit station might eventually be transformed into a full-scale, albeit disguised, military base. Moreover, transit of NATO military aircraft, personnel and cargoes via Russian airfields and railway junctions is essentially a disclosure of Russia’s strategic military facilities to a potential enemy, which could be interpreted as an act undermining the defense capacity not only of the Urals-Siberian part of Russia, but of the country as a whole. Second, such a trans-shipment station in Russia will be the first of its kind, capable of affecting the military and technical cooperation between Russia and countries that are generally at odds with the West but friendly to Russia, such as China, Syria, Vietnam and especially Algeria. The number of loyal buyers of Russian armaments and military equipment is dwindling by the year and some countries regard Russia as an ally in their confrontation with the West. Third, Russia’s stance on Syria and Iran might not be beneficial to the U.S., as it is becoming clear that Moscow will be doing its best to support the ruling regimes in these countries and prevent interference by the NATO bloc. If NATO troops ultimately enter Damascus and Tehran, the NATO transit centre in Russia will turn into a bargaining chip.

Nevertheless, after he returns to the Kremlin, it will be President Putin who will have to negotiate a number of issues with the US and NATO. The Ulyanovsk-Vostochny deal will be an ace up his sleeve.