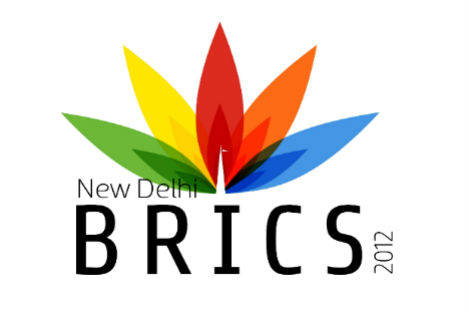 An important achievement of the BRICS summit in New Delhi is the agreement among the members to foster trade in local currencies. But to play a sustained and significant role, the members must coordinate their policies and rise above bilateral differences.

A study of joint statement issued by leaders of BRICS at New Delhi on 29 March 2012 provides enough clues that the members focused more on matters related to economic issues than political. The deliberations on creations of a joint development bank, as a possible alternative to international banks, and trade in local currency topped the agenda of the summit. Though issues like the Iran crisis, Afghanistan, reform of the United Nations and terrorism factored in the joint statement, this summit nonetheless will remain crucial for its emphasis on just and fair global economic order, than its political pronouncements.

It is for the first time New Delhi host the summit. Though the grouping officially started meeting in 2009 at Yekaterinburg of Russia, its increasing clout has never been as visible as it is now. It is no surprise that the world attention remained focused on the summit and its deliberations. While the views from the West remained skeptical about the possible coming together of the members by overcoming their deep seated differences, the fact that leaders came together regularly annually with increasing emphasis on decentralization of global power is no small achievement. The joint statement minced no words in goading the developed countries to put their house in order through economic reforms. This caution could perhaps have not been possible a decade earlier. The members apparently blamed the developed countries for the economic crisis engulfing the world.

One of the most important achievements of the summit is the agreement among the members to foster trade in local currencies. This shows the rising prowess and assertiveness of member countries. The instability in global economy and vulnerability of hard currencies like dollar pushed these emerging economies to explore prospects of trade in local currencies. Such a development will definitely impact the role of dollar in shaping global economy, and likely shift the global economic centre of power from the West to the East. The BRICS countries have multilateral trade to the tune of $230 billion, which will likely touch $500 billion by 2015. All the countries of the grouping are developing faster despite the constraints posed by the global financial crisis. China has predicted to grow at the 7.5 per cent in the coming year, while India is likely to grow at the rate of 6.9 per cent in the coming year. The trade between these countries in local currencies will likely provide much leverage to the countries particularly in global economic matters.

The grouping also reiterated its commitment towards the evolution of a just global economic order by reforming global financial bodies like International Monetary Fund and World Bank. It also reiterated its commitment towards the evolution of global political order by reforming global political bodies like the United Nations Organization. The joint statement issued at the end of the deliberations emphasized that the reform plans made at the last G-20 summit, i.e. providing greater say to BRICS by giving them more voting rights in IMF must be fulfilled. This has not been materialized yet. The group emphasized on fastening this process of multilateralism by giving due space to the rising economies. The leaders stressed that “the ongoing effort to increase the lending capacity of the IMF will only be successful if there is confidence that the entire membership of the institution is truly committed to implement the 2010 Reform faithfully.” The leaders also called for “a more representative international financial architecture, with an increase in the voice and representation of developing countries and the establishment and improvement of a just international monetary system that can serve the interests of all countries and support the development of emerging and developing economies.” The leaders also emphasized on the revival of Doha Round talks for liberalization of global trade.

Another crucial development in the summit is the idea of establishment of a joint development bank of the grouping. The leaders directed their finance ministers to study in detail the idea of such a bank to facilitate trade between the members, and support economic development activities among the grouping. Indian Prime Minister, Manmohan Singh stated, “We have directed the finance ministers to examine the proposal and report back at the next summit.” The banks of the five countries signed Extending Credit Facility in Local Currency and the Multilateral Letter of Credit Confirmation Facility Agreement. This will further facilitate their joint collaboration and framing of joint action plans to address economic crisis. The summit also deliberated on the launch of a launch a benchmark equity index derivative that allows cross listing of firms, which will boost trade among the grouping.

Besides the significant economic pronouncements, the grouping’s political posturing was equally significant. The grouping emphasized that crises in Iran or in Afghanistan must be resolved through multilateral mechanisms. The leaders emphasized that the issues must be resolved through dialogue and deliberation rather than by means of force. Though they emphasized that Iran must desist from using nuclear material for making weapons, they did not give up their traditional policy of cooperation with Iran. On the issue of Afghanistan the leaders harped on the deliberations of the Bonn summit of December 2011 towards a peaceful and stable Afghanistan. They emphasized on the needed cooperation towards supporting economic development and political stability in the war torn country. The joint statement emphasized, “We affirm our commitment to support Afghanistan’s emergence as a peaceful, stable and democratic state, free of terrorism and extremism, and underscore the need for more effective regional and international cooperation for the stabilization of Afghanistan, including by combating terrorism.” On the issue of terrorism, the grouping emphasized on the need to finalize the “Comprehensive Terrorism on International Terrorism in the United Nations in the UN General Assembly and its adoption by all Member States to provide a comprehensive legal framework to address this global scourge.” Regarding the reform of the United Nations, the grouping in its joint statement recognized the importance “they attach to the status of Brazil, India and South Africa in international affairs and support their aspiration to play a greater role in the UN.”

The rise of BRICS as a powerful organization is in no doubt. In coming years it is likely to further assert its rising prowess in international affairs. The combined economy of the grouping is worth $13 trillion, which will likely be doubled in the coming decade. It is complemented by the rapid growth of these countries. The rise of BRICS as an alternate pole of power is a foregone conclusion. However, in order to play a sustained and significant role, the members must coordinate their policies and rise above bilateral differences. Such an achievement will quell much of the criticisms from the detractors of the grouping.