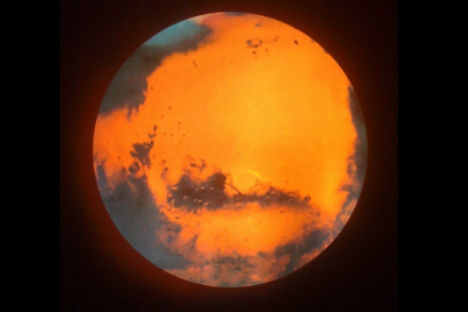 India aims at sending an orbiter to Mars in 2013. The race for the Red planet unwinds with NASA planning a launch for the same 2013 fiscal year and China somewhat lagging behind. Earlier this month Europe gave a go ahead for a Mars mission with Russia in 2016. Russia and India have also a plan for a joint lunar mission scheduled for 2014.

The Moon for Mars?

The Indian Space Research Organization (ISRO) plans to reach Mars with an automatic lander to be launched in 2013. The news was not totally unexpected since the first announcements were made back in 2009, but the actual date nonetheless seems too close. The project, according to some reports, was initially scheduled for 2016 or even 2018, but it was brought forward thanks to larger funds allotted by the Indian government last year, soaring from US$1.99 million $24.9 million.

Back to the Moon: when, why and how?

Although the information on the mission is scarce, the orbiter will most likely be rather light with scientific payload of about 25 kg. A batch of ten experiments was proposed by scientists, with only some of them to be finally chosen for the mission. Most probably, the main scientific aim of the project is to study Martian atmosphere. It is planned that the orbiter will be carried to a highly elliptical orbit around the planet with perigee of about 500 km and apogee of 80,000 km.

The spacecraft will be launched by Indian Polar Satellite Launch Vehicle (PSLV) frequently used for delivering remote sensing spacecraft to Sun synchronous orbit. It is the launcher that is supposed to lift Luna-Resurs, the joint Russian-Indian lunar mission in 2014, which remains the closest planetary project currently under development in Russia. For India, on the other hand, this lunar endeavor will be just a second mission to the Moon after quite successful Chandrayaan-1 that lifted off in October 2008 and was closed in August 2009 after the radio contact with the satellite was lost.

As some reports point out, the success, partial as it may be, of the first lunar probe might be good enough to postpone the second one so that to give precedence to the Martian spacecraft.

A Matter of Choice

Every Martian expedition is a risky business, and involves years of development followed by long journey in deep space. Will India with its rather limited experience of interplanetary travel be able to develop a spacecraft in time for 2013 launch? Some experts are highly skeptical about the viability of the plan, while others emphasize the great Indian successes of the last years. Moreover, as currently neither Japan nor China plan their missions to Mars (Chinese microsatellite YH-1 for Mars plasma environment studies was lost due to Phobos-Grunt failure), India seems to have good chances for at least partial success. Moreover, as no landing is planned, the mission tasks do not seem utterly impossible, even though one year to the launch is still a great challenge.

NASA’s Mars Science Laboratory Mission is now halfway to the Red planet and is expected to hit its surface in August. Next American Martian flight is about to be launched in 2013.

Shall Russia consider this opportunity with regard to its Martian plans? Current Russian planetary program include lunar mission (above mentioned Luna-Resurs and Russian Luna-Glob missions for lunar polar studies) with possible participation in ExoMars, the European two-mission orbital and landing project currently discussed by European and Russian space officials. Last year ExoMars was left without launcher and part of the payload after the US has announced their withdrawal from the project.

If Russia participates in the project, its part will encompass both launch services and development of the part of the scientific payload, thus reviving the opportunity for Russian scientists to obtain new data from the planet. The mission is supposed to be launched in 2016 - 2018. For the second mission Europeans will provide ESA-built Mars rover. The mission would carry a second entry, descend and landing module (80 per cent built by the Russians and 20 per cent by the Europeans) This is certainly a bit later than Indian orbiter, but the expected outcome will be greater as, too.