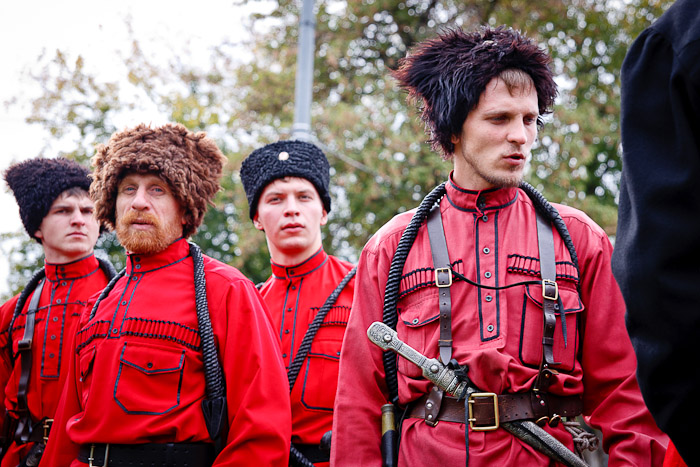 The failed Russo-French military operation aiming to strike the Brits where it hurts by landing their armies in India remains an unsolved historical riddle even now. The historians argue about the causes and chances for success of this brief but bold venture.

Russian-Indian relations are considered to be traditionally friendly. Indeed, they have never been overshadowed by so much as a single incident of animosity or hostility, armed conflict or even threat of such throughout the centuries. Our countries have never been involved in any territorial or other disputes. Nevertheless, Russia once sent a crusade to the shores of the Ganges River – when the reign of Paul I (1796-1801) was drawing to its close.

The “Indian campaign” was actually Napoleon Bonaparte’s idea. Paul I was disappointed with the fiasco of the Russian-British invasion of the Netherlands and infuriated by the British occupation of Malta for, at that time, he bore the title of the Grand Master of the Order of Malta. This prompted Paul I to cut off relations with Great Britain and make a deal with Napoleon.

After an attempt to reach the British India via Egypt failed in the early 1800s, the first consul of France laid a plan before Russia for a march to South Asia by land. According to Napoleon’s plan, a Russian corps of 35,000 soldiers was to set out from Astrakhan and, after crossing the Caspian Sea, land in the Persian city of Astrabad. A similar French corps of Moreau’s Army of the Rhine was to go down to the Danube estuary, cross over to Taganrog and then march through Tsaritsyn to Astrabad. In Persia, the French troops were to join the Russian corps for a march to India.

The scale of the plan measured up to the campaigns of Alexander the Great. A total of 22,000 Cossacks were conscripted. The treasury earmarked over 1.5 m roubles for the operation. But then, Emperor Paul I was notoriously known for his eccentricities. For one, his idea to paint the Mikhailovsky (St. Michael’s) Castle the colour his mistress Anna Gagarina-Lopukhina’s gloves (according to one version) or the traditional colour of the Order of Malta (according to another version) shocked his court. To cross Central Asia in just two months, to cross the mountain ranges of Afghanistan, and come crashing down on the British as a bolt from the blue was exactly the kind of idea he could get carried away with. Meanwhile, the Russian emperor had absolutely no idea of the ordeal he was going to put the Cossacks through. Back than, even Russian maps did not show anything beyond Khiva. It is quite obvious now that the operation doomed the Cossacks.

According to the preliminary plans, the ally – Napoleon – was to open up a second front, land on the British Isles and strike from Egypt where the French host was still deployed. Yet Paul I had no trust in Napoleon, so he elected to act on his own. On 12 January 1801, he ordered the commander of the Don Cossack Host Vasily Orlov to set out for India.

When the Cossacks finally reached the Volga River, the ice was already so fragile that the horses fell through. It was even more difficult to continue the march after crossing the Volga: the spring sun had melted the snow, literally turning the road into a swamp. Artillerymen broke their backs pulling cannons out of the mud. Horses fell and the route was marked with hundreds of their corpses.

To top it all, a new trouble awaited the Cossacks on the other side of Volga: as they marched through the Saratov guberniya (region), they had to go without food or fodder for days on end.

Losing their way several times, they came to the Mechetnaya settlement (now known as the city of Pugachev, Saratov Region), where word of the demise of Paul I on 23 March 1801 finally caught up with them. The Emperor’s son, who succeeded to the throne, Alexander I, decided to call back the campaign. When he received the order to return home, Orlov addressed the Cossacks saying “God and the Emperor bestow upon you your fathers’ homes.”

Orlov came back to his home on the Don River on 2 May, while the Cossack regiments returned between 17 and 25 April. They had covered 1,564 versts (roughly 1,668 kilometres) in just two months. This was the end of the Indian crusade. It put its participants to a lot of tests and the treasury to huge expenses.

There are various interpretations of the conspiracy that resulted in the assassination of Emperor Paul I. Perhaps the British were genuinely worried that Russia would oust them from India and orchestrated Paul’s murder to save India from the Cossacks? The conspirators were financed by British Ambassador Lord Whitworth. Tracing conspiracies down to secret service ploys is an easy and pleasant task but, in reality, it is highly unlikely that the British political officers knew anything about the campaign. The operation was strictly classified and, even in Russia, only the Cossack command was aware of it, while the rest were under the delusion that they were marching towards Bukharino.

Could the Cossacks have conquered India? A last century expert on the issue, Mr. N. Krasnov, considered the task impossible. With the lifeless deserts of Central Asia stretching ahead of them, the Cossacks would have been left without horses – i.e., without any artillery. They would have perished a long way from their native land for no purpose.

On the other hand, Emperor Paul’s plan doesn’t seem so outlandish taking into consideration the serious political forces participating in this conspiracy against England. Initially, beside the Cossacks, two regular armies – Russian and French – each one consisting of 45,000 to 50,000 soldiers were supposed to set off for India.

Russian historian Ms. V. Antyuhina writes in her work “Anglo-French fight for India in the Napoleon I epoch” that it wasn’t for nothing that the English were so worried about the Napoleon and Pavel I plan they even made agreements with Persia in 1809 and 1814 prohibiting access of foreign armies moving towards India.

Besides, in case of the Russo-French operation’s success, Bengali military forces that were supposed to counter their attacks were composed of only 2,000 English soldiers and 30,000 Sepoy warriors whose loyalty to London was questionable taking into account it was brave Sepoy soldiers that rebelled against the English colonisers in 1857.

So the question remains unanswered: what historical destiny would have awaited Russia and India had the Russian Emperor not been killed in the middle of the military operation? The contemplation on the subject goes on till our days, but as they say: “There are no “If’s” in history.” And a much better approach would be appreciating the Indo-Russian relationship that our two countries have now instead of analysing political games of the past on the Eurasian continent.