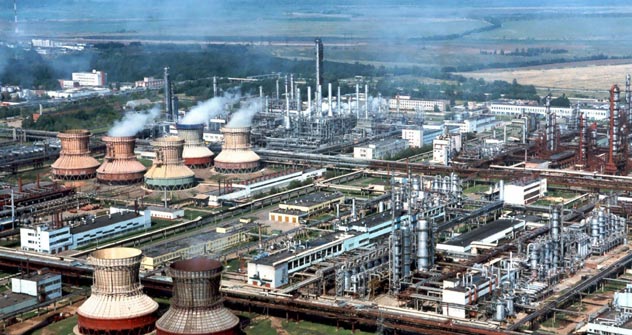 In the last few years, Russia's Tatarstan region has emerged as an attractive investment hub for Indian companies.

Kazan, the capital of Tatarstan, is better known among strategic circles in India for cutting-edge helicopters deployed by the Indian Air Force. But in the last few years, Tatarstan has emerged as an attractive investment hub for Indian companies. It's not just business, but cultural, tourist and sporting ties are also blossoming.

Talk about the Tatar capital Kazan in India, and the more well-informed will tell you about the high-tech helicopters it is famous for. But Tatarstan, one of the most economically developed regions in Russia, is now making news in corporate circles due to Reliance Industries Limited’s (RIL) petrochemical plans. Tatarstan and RIL have agreed to set up a joint working group of specialists to develop strategic partnership in petrochemical and oil refining sectors, specially in crude oil refining. The agreement was reached during the visit of a high-profile delegation led by Tatarstan’s President Rustam Minnikhanov to Jamnagar in Gujarat (India) on March 22, in order to get on-the-spot information about the manufacturing processes and study the advanced oil refining technologies launched by the RIL, the largest private sector enterprise in India.

The refinery located in one of the special economic zones (SEZ) processes 33 million tonnes of crude oil annually with five percent of world’s petroleum production. There are 50 technology departments at the processing plant jointly refining main flow of crude oil for getting different types of end products.

Last February, the Tatar oil refining plant TAIF-NK and US Kellogg Brown and Root signed an agreement to establish a Veba Combi Cracker (VCC) technology processing unit and Tatarstan decided to simultaneously develop collaboration with Indian counterparts for using the technology successfully. The Indian plant had also purchased VCC processing technology and is currently developing it.

The cooperation between India and Tatarastan has been expanding quietly since the agreement on trade, economic, scientific, technological and cultural cooperation between the Indian state of Andhra Pradesh and Tatarstan was signed in November 2003. The pact was in line with the efforts being made by India and Russia in promoting regional level cooperation between the two countries. In April 2010, Andhra Pradesh and Tatarstan signed an MoU for promotion of joint ventures (JV) in diverse areas, including pharmaceuticals, chemicals, gas-based industries, power plant equipment, bio-technology and IT.

Ahead of Minnikhanov’s visit to Jamnagar, Indian ambassador to Moscow Ajai Malhotra visited Kazan (March 12-15) to explore new avenues for enhancing bilateral cooperation with Tatarstan. During his four-day visit, the envoy held talks with Minnikhanov during which both sides emphasized the traditional, strong and multifaceted friendship between India and Tatarstan.  “Tatarstan citizens are extremely interested in India,” Minnikhanov said. On his part, Indian ambassador said that “Kazan’s strategic location and the trade and investment incentives being offered by Tatarstan could be attractive for Indian businesses.” Both sides agreed to expand cooperation across the spectrum in areas such as commerce, industry, pharmaceuticals, IT, auto and auto ancillary manufacturing, petrochemicals, sports, tourism, education and technical education, science, banking and culture.

During his visit to Kazan, Malhotra also had separate meetings with Airat M. Sibagatullin, Minister of Culture Rafis Burganov, Minister of Youth Affairs, Sports and Tourism, I.N. Nosov, First Deputy Minister of Industry and Commerce, Prof Linar Latypov, Vice-Rector for International Affairs and Director of the Institute of Oriental Studies at the Kazan Federal University.

In September 2004, Tatarstan-Indian Joint Venture “TC Company Limited” was registered with the participation of Consumer Union of the Republic of Tatarstan and Saraf Trading Cooperation Private Limited of India to pack and market Indian tea in various cities of the Republic.

India’s imports from Tatarstan include synthetic rubber, trucks and helicopters, instrument-making products. The Tatarstan import consists mainly of medical products, food, raw materials and equipment for the food-processing industry. Besides the trade and investment exhibition, the two sides decided that Indian automobile and auto ancillary manufacturers would be encouraged to visit Kazan to see the facilities on offer there. It was pointed out that an important business link between India and Tatarstan existed in Kamaz Vectra Motors Ltd, the joint venture involving Kamaz Inc. of Naberezhnye Chelny and the Vectra Group, for manufacturing trucks at Hosur in Karnataka.

Promoting cooperation in the fields of culture, education, research, sports and tourism loomed large on the agenda. Training and educational opportunities provided by the Indian government under its ITEC Programme were highlighted and offered for students and others who may like to avail of them. At the Kazan Federal University (KFU), the two sides have agreed to establish a Centre of Indian Studies at KFU and to depute an Indian Professor to Kazan to head it.

An MoU for strengthening academic contacts between the Indian Council for Cultural Relations (ICCR) and the Institute of Oriental Studies of KFU, was signed in the presence of Malhotra. Currently, about 200 Indian students are studying at the Kazan State Medical University. The two sides also agreed on cooperation in the sphere of research between KFU’s Department of Rare Books and Indian institutions such as the Khuda Baksh Oriental Public Library (Patna) and the Rampur Raza Library (Rampur).

Recalling the celebration of “Days of Indian Culture” in Kazan in 2010 and the Indian participation in the Kazan Film Festival in 2011, it was decided that “Days of Indian Films” would be held in Kazan and that an exhibition by an Indian artist would accompany the visit to Kazan by an Indian dance troupe. The ICCR has provided scholarships to pursue courses in Indian dance and music which were now being availed of by citizens of Kazan.

The Russian side appreciated that that the simplified visa regime for Russian citizens being implemented by the Indian embassy had contributed to a 24% increase in Russian tourists travelling to India in 2011, compared to 2010. Kazan, both sides agreed, could emerge as an attractive summer destination for Indian tourists. A group of Indian tour operators and 10-15 Indian journalists would be invited to visit Kazan in the last week of July, this year and/or for the celebration of the “Day of the City” and “Day of the Republic of Tatarstan” in Kazan on August 30.

The two sides also discussed cooperation in sports training and between the sports academies of India and Tatarstan. It was agreed to establish direct links between the Netaji Subhas National Institute of Sports (Patiala) and the Volga State Academy of Physical Culture and Tourism that had recently relocated to Kazan. An Indian University field hockey team will visit Kazan to play friendly matches against local teams. The Kazan field hockey team Dinamo presently tops the Russian field hockey league.