India goes to the Arctic 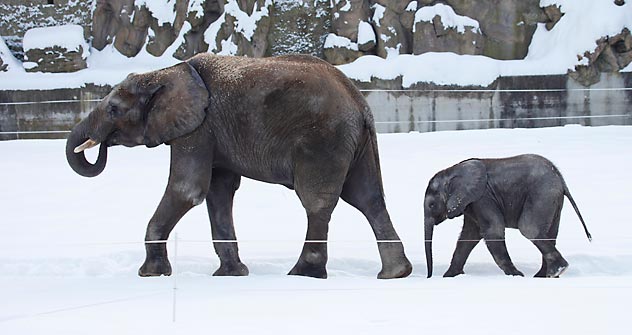 The Arctic exploration has become a priority program for India to strengthen the economic and political positions of the country in this region. India still doesn’t have sufficient capabilities for such large-scale projects, but it is dedicated to secure a footing in the Arctic with the assistance of its partners. In a distant future we may expect the return of Indians to their historical motherland (the majority of scientists believe that three and a half thousand years ago Aryans came to India from the Arctic).

The Arctic studies in India date back to 1981 when the Department of Ocean Studies was established by the initiative of Prime-Minister Indira Gandhi and then a program of the Arctic research was elaborated [1]. Geography predetermined the priority of the Arctic and not Antarctic studies. The interest to the first one is relatively new and stems directly from the strengthening of political, economic and scientific positions of the Asian giant.

The Arctic is of a three-fold interest for India – environmental protection, economy and policy.

India, in fact, faces all major global economic issues. The interest to the Polar region is determined by the need to study such a global phenomenon as the climate change. Research made by Indian experts shows that by the end of XXI century the average temperature of the planet shall go up by 3-6 degrees with the maximum increase in Northern India. The only positive outcome of this research is the seasonal effect – the maximum temperature increase falls on winter and September-October [2] (if the warming fell on May, when the temperature in Northern India even today reaches 50°C – a terrible cataclysm might happen). Delhi also worries about the melting of the Arctic ice that sharply accelerated recently. The Indian scientists think that this phenomenon may hinder the absorption of carbon dioxide and as a consequence speed up the global warming [3]. Sea level rise due to the melting of glaciers may cause the flooding of a considerable part of India [4] disturbing the living of more than 100m Indians.

Another vital issue is the impact of the Northern Polar region on the strength of monsoons in South Asia. The Indian specialists have detected this relation but not yet figured out the mechanisms [5]. The volume of monsoon rains is critically important for agriculture. According to the forecasts the future water demand will nearly reach the volume of all consumable water resources in India [6]. A number of Indian states already face a critical situation with water.

All the above resulted in a rapid intensification of Indian scientific research in the Arctic. India, still being a member of the British Empire, joined the Spitsbergen Treaty (1920) that defined the international and legal status of the archipelago. At the beginning of XXI century the Department of Ocean Development negotiated and signed a special program of Arctic studies with Norwegian Polar Institute. In August 2007 the Norwegian part of the archipelago was visited by the first Indian scientific expedition headed by the Director of the National Centre for Antarctic and Ocean Research [5]. Since that time India has been sending to the Arctic 3-4 scientific expeditions per year and in July 2008 “Himadri” research station was officially opened at Ny-Alesund on the Spitsbergen. In 2012 Indian scientists expect to get a special research vessel [7].

Scientific potential of India allows believing that the country is able to conduct the Arctic research at the world level standards. Already in 1973 Eugene Garfield, the developer of Science Citation Index, noted that India’s contribution into science equals to the aggregated contribution of all other developing countries [8]. The current role of India is not so significant due to the rise of China and new industrial economies and due to the shift from science to hi-tech development that happened in mid 1980- ies. In 2006 the  country was ranking 13-th in the global science (though India still is the 8-th in physics going after the USA, China, Japan, Germany, France, UK and Russia [9]).

Economic interests of India in the Arctic

High rate of industrial development of India (in 2011 it left Japan behind and took the third place in the world in terms of the size of the economy calculated by the purchase power parity) causes the strong growth of demand on raw materials, first of all - hydrocarbons. As forecasted by the International Energy Agency, India shall be the second country after China to stimulate the global demand till 2030 – it will be responsible for 15% growth of global demand for energy and be the third country in the world in the utilities consumption. In 2030 this South-Asian country will be consuming 6% of the global energy thus doubling the current consumption [10]. For the lack of own primary sources of energy the country will continuously scale up the import of resources.

India believes in the magnificent prospects of huge deposits of hydrocarbons in the Arctic [11] and wishes to take most active part in the exploration of the polar treasure counting first of all on the cooperation with Russia. It’s well known that India already participates in Sakhalin projects and during the visit of Prime-Minister Manmohan Singh to Moscow in December 2009 the access of Indian companies to the European North of Russia was discussed. In December 2010 JSFC “Sistema” and Indian largest oil and gas corporation “ONGC” signed a framework cooperation agreement and in 2011 it was announced that India might become a partner in the exploration of Trebs and Titov oil fields in Nenets Autonomous District (their reserves are evaluated to reach 78.9 mln. and 63.4 mln. tons respectively)

But skeptics, including those in India, think that the country doesn’t have sufficient financial and technical capabilities for a full-fledged participation in the Arctic exploration [12].

The creation of a permanent arctic sea route, that might be realistic if the ice melting goes on, is not so beneficial for India. Indian experts believe that it may complicate the implementation of an extremely ambitious new naval strategy of India – to become the main force in the Indian Ocean. As mentioned by the former deputy Foreign Secretary of India Shyam Saran – the possible shift of Europe-Asia transit routes from the Indian Ocean to the northern sea route will result in “the diminishing of the relevant importance of country that currently controls the traditional transportation routes” [4].

Political and geo-strategic goals of India in the Arctic

India has a very strong position in world politics and its authority on the international arena continues to grow. The country has already turned into a global power. Hence there is a great interest of this Asian giant to participate in the resolution of global problems, including the Arctic exploration. S.Saran believes that due to radical redistribution of global resources “the geopolitical center of force can significantly shift toward a Trans-Atlantic region” [12].

That’s why India desperately tries to be more proactive in the Arctic. It was expected that the main tool to build up the influence of this country would become its membership in the Arctic Council – first, as a permanent observer and later as a full-fledged member. To be frank – member-states are slow to approve the candidature of India (and other countries). The outside observers regard as paradox the fact that Russia, in their opinion, is one of the main obstacles to implement the initiatives of its allies in BRICS – India and China [13]. It should be underlined that a number of Indian experts are rather skeptical about the perspectives of India’s accession to the Arctic council. They are totally displeased with the fact that to joint the Council the country should acknowledge the sovereign rights of its members on the Arctic sector and promote the application of the Antarctic Treaty principles (absence of territorial claims) [12].

India considers the following tasks as priorities in the region:

The strongest concerns of Delhi are related to the sharp activization of China in India. In the long run India considers PRC to be its main strategic adversary in Asia and maybe in the whole world, though among Indians there are very few principle opponents to joint Indian-Chinese actions within next 10-15 years. Delhi fears that successful implementation of Chinese programs in the Arctic will strengthen the economic and political positions of Beijing.

India believes that there is just one opponent for the country in the region – PRC. The principle partner in scientific programs is Norway, in the economic aspects Delhi counts first of all on Russia. The country expects to get most active cooperation from the Unite States and other actors in the region in all spheres.

Current financial and technical resources of India are insufficient to explore a totally new space, but the country prefers to agree its participation in the Arctic development right now, hoping to scale-up its capabilities with the economic growth. The science in India is developed well enough to launch various programs in the Arctic. Delhi believes that higher political importance of the country will enhance its geo-political position in the region.

It’s highly probable that in the near five to ten years these trends will persist. Scientific programs will be further developed. India will strive to join the Arctic Council and strengthen its political position there. We may expect from India new initiatives to reduce the confrontation in the region and to declare the Arctic the zone free from nuclear weapons. Delhi will try to get access to the Arctic resources even on a limited scale, but the execution of large agreements is hardly possible in this decade. India will be satisfied even with relatively small, pilot projects.

Sergey Lunev, Doctor of History, Professor of the Oriental Studies Department of the MGIMO University