Russia to go back to the Moon before reaching for Mars 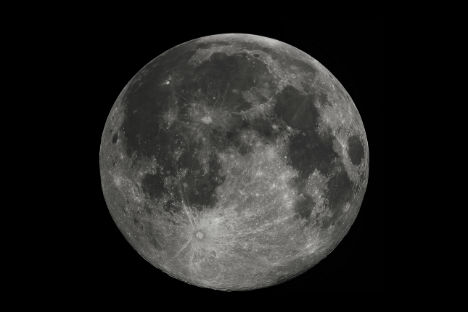 Recent setbacks have not stopped the Russian space effort but have drastically modified its plans. “Less fuss and more business” is now the philosophy. While not dropping its ambitions forMars research, Russia will instead focus on moon programs over the next few years.

Fobos to be repeated but not immediately

“The Academy of Sciences believes the Phobos-Grunt project should be tried all over again,” Lev Zelyony, head of the Russian Space Research Institute, said at a RIA Novosti news conference on Tuesday.

The Phobos-Grunt probe mishap last November, which topped last year’s list of rocket and satellite failures, has given a lot of grief to the Russian Space Agency and its scientists.

Nevertheless, when everyone could see that Phobos might be lost after it failed to reach its “halfway orbit,” there was the firm belief that the Martian program must be attempted again but only after careful ground and orbital preparations and platform improvements.

However, there will be no immediate push for Mars. Instead, Russia has decided to take a two-pronged approach. First, it decided to join the European project ExoMars, which the United States has just given up. Second, Russia has determined it will send its deep space probes to explore a nearer body – the moon.

The moon program has been thoroughly revised since the Phobos upset. In addition to rescheduling the program (even without the November Phobos failure), the agency decided to review and reschedule all of its probes and their missions.

Both expeditions were to investigate the moon’s polar regions. In recent decades vast supplies of frozen water have been identified. Lev Zelyony believes this is the result of comets hitting the moon’s surface over hundreds of millions of years.

Now the program is different: Zelyony says that in 2015 Luna-Glob is expected to practice soft landing techniques. The course has been altered following the Phobos-Grunt failure. Lunar probes will be using the same platform, and before being loaded up with instruments it needs to be tested thoroughly.

Plans call for a research orbiter to the moon in 2016. “It will be a hefty piece of equipment carrying over 100 kilos of instrumentation. <…> The moon’s exosphere will be studied by means of astrophysical experiments. The probe will operate in tandem with a lander,” Zelyony said.

And in 2017, when Zelyony said the Lavochkin organization will complete a heavy platform for interplanetary probes, a large research station, the successor to the Russia-India Luna-Resurs, will probably touch down on the moon. (Negotiations are under way to make it a cooperative project, too).

A heavy probe, apart from the lunar rover, might carry a drilling device to explore lunar rock, the main interest being the water rather than the rock (regolith) itself.

The lunar soil brought back to Earth by the Apollo missions and the Soviet unmanned interplanetary probes was sampled at middle latitudes and is of no interest. “This is the other moon, other areas and other soil: we will not study regolith,” Zelyony said.

The Russian space effort suffers a good deal from the instability and unreliability of its boosters and space platforms, as well as from planning and launching mistakes.

While the human factor can be dealt with separately, the equipment needs to be adjusted not only during ground tests but also during test launches. All this calls for money, effort and, most importantly, time. But the need for research is now, with the Academy’s institutes ready to provide sophisticated instruments for deep space missions. What is to be done?

The collapse of the iron curtain has eased the solution. The Russian space industry is now regularly taking part in international projects: either by providing its boosters or installing its equipment on others’ spacecraft.

The postponed Martian mission will be no exception. Russia’s flight to Mars looks likely to be put off until the 2030s. But Russia’s Mars investigations may continue this decade as well.

In 2016 and 2018, the European expedition ExoMars will be pursued. Moscow joined the project last week replacing the United States who withdrew from the program.

Vladimir Popovkin, head of the Russian Space Agency, says that Russia has set three conditions for joining: that a Proton booster rocket for the mission will count as a Russian contribution to the project; that Russia will install some of its research payload on the spacecraft in place of the American equipment; and that all findings will be common intellectual property of the European Space Agency and the Russian Academy of Sciences.

The first of the craft scheduled to leave for Mars in 2016 is expected to carry a number of Russian spectrometric instruments (including a neutron spectrometer). Also, Zelyony said, Russia is prepared to supply a radioisotope source of power for the European lander, which could modify plans for its use.

Previous plans provided for a chemical source of power, which limited the probe’s life as a research tool (the lander had a service life of no more than several days). The purpose of the lander was mainly to test a soft landing on Mars.

Now the Russian isotope power source will extend the lander’s independent service life greatly, allowing longer research objectives to be set (it is proposed, for example, to make it into a climatic observatory).