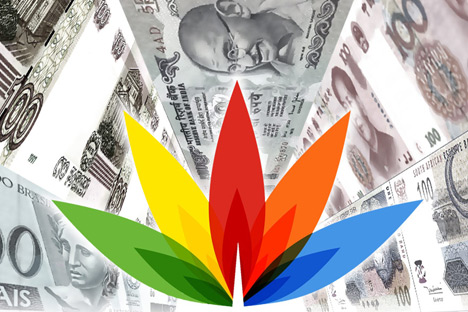 Negotiations began at the end of March over future stock market contract indices in the BRICS countries.

Each stock exchange will negotiate the principal stock indices for the others.

As these contracts gain liquidity, they will serve as a tool for partially hedging and diversifying holdings and reducing overall investment risk, even as part of long-short arbitration for more sophisticated investors, owing to the existing relations between these indices, especially the Ibovespa Exchange and Micex.

I am more familiar with the Ibovespa and the Micex exchanges, which are characterised by a strong positive correlation (i.e., they fluctuate similarly), since both are influenced by the prices of consumer goods, as they have changed since 2008.  I would say that the same logic might be applied to the South African exchange.  As for India and China, since they are emerging markets, they also show a positive correlation with the other BRICS countries, although to a lesser extent.

Apart from these technical aspects, the main merit of this cross-linking is that it will permit investors from all the BRICS countries to get to know one another.  At the same time, in future, parity might be created between the currencies of the BRICS countries, for them to be exchanged directly and used for negotiating on a global basis. This would reduce the risks related to currency exchange on the foreign market, generate new opportunities for speculators (who play a key role, since they provide liquidity to the market) and, as a result, make these countries’ currencies more liquid.

We hope this interaction between the stock markets will not be limited just to the indices but will advance to include blue chip stocks and, later, to small caps, since the latter offer especially interesting opportunities for diversification and hedging.