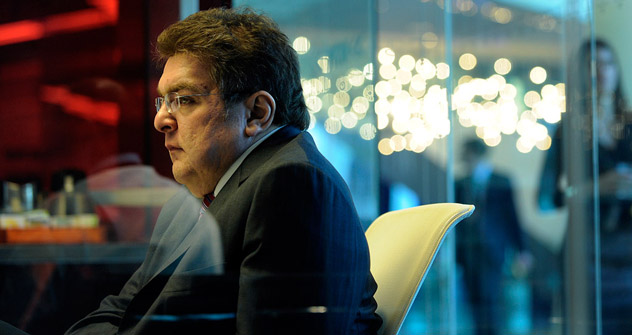 On April 17, the recently merged MICEX-RTS exchange hosted a conference in New York called “Russia Is Not About Bears” for funds and individual investors. The event aimed to increase pool of market participants and give an update on advancement in the exchange since the merger. In December 2011, Russia’s two largest stock exchanges, MICEX and RTS merged into one exchange, giving investors in Russia a one-stop-shop for trading equities, bonds, derivatives, and currencies.  The exchanges had developed separately for almost two decades and their merger is one of the steps in Moscow’s ambitious plan to become an international financial center. The combined exchange has an estimated value of $4.5 billion and company has reported to be planning an IPO in 2013.

MICEX-RTS President Ruben Aganbegyan said that one of the focus areas for the exchange is liberalizing the security issuance procedures and improving the market for companies to IPO in Russia. Aganbegyan said that MICEX-RTS is working close with local legislators to harmonize procedures in Russia with the international best practices. “The rules are so strict and inflexible,” Aganbegyan said, explaining that Russia needs to move beyond just following rigid regulations when it comes to the listings rule. “We are trying to get the country to move as quickly as possible to the globally acceptable principals of corporate governance and information disclosure to all its investors, especially the most liquid once.” While reforming the legislation will take time, MICEX-RTS is considering the example of Brazilian exchange “Novo Mercado,” which issued its own set of rules that companies can adopt voluntarily in addition to the ones required by law in order for companies to be listed in the new segment of the exchange.

MICEX-RTS plans this year to attract multinational companies that have operations in Russia to issue debt on the Russian exchange in rubbles. “We see first stage is to attract companies that have business or investment base in Russia. We are not competing for the global listings, we are fighting for the ones that are in Russia, so they will not go abroad,” Aganbegyan said. He said that MICEX-RTS is talking to several big international companies right now and plans to have them on board by the end of the year, but the names were not disclosed. Last year MICEX-RTS has signed an agreement on cooperation with the Organization for Economic Co-operation and Development (OECD) to strengthen corporate governance in Russia. Aganbegyan said that through this partnership, the OECD has brought a lot of experience and best practices from other emerging markets.