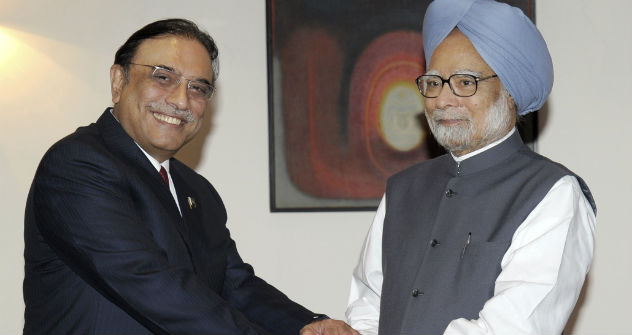 Disaster that happened in Siachen brought to the forefront one of the critical issues between India and Pakistan. This dispute holds the potential to become a turning point in bilateral relations

The deathly havoc that nature wrought a fortnight ago in the Siachen region in the upper reaches of Kashmir brought to the forefront once again one of the core issues in the relations between India and Pakistan. An avalanche took the lives of over 130 Pakistani soldiers and obliterated a regiment headquarters in Siachen. Alas, the number of soldiers on both sides killed by Mother Nature over the years in those tangled mountains now needs to be significantly updated from the figure of 8000.

The tragedy triggered a flurry of calls in Pakistan on the imperative need for the two countries to resolve the Siachen dispute. Former Prime Minister Nawaz Sharif even proposed a ‘Gandhian’ solution: Pakistan should unilaterally withdraw its troops from this pointless battle, putting India to shame.

Is the Indo-Pak dialogue aimless?

India, on the other hand, maintained a stony silence, although it offered help in the rescue work. Thereby hangs a tale. The resolution of the Siachen dispute is a ‘doable’ thing, in principle. Indeed, the broad contours of a settlement are available and an agreement was ready for signature some two decades ago. But it became a lost opportunity.

Since then much has changed not only in the regional and international milieu, but Indian foreign policy orientations and priorities have also radically transformed. Indian political landscape has changed and consensus building is increasingly hard in the fragmented polity. Besides, India has decisively outstripped Pakistan economically and militarily and there is no tearing hurry to take tough decisions on Siachen since India today has the wherewithal – unlike Pakistan – to sustain its military presence in those tangled Himalayan mountains, both in financial and material terms.

However, the climate of India-Pakistan relations has also steadily improved in the recent years and there is a greater willingness today on the part of the adversaries to discuss their intractable differences. The pace of normalization may seem glacial to the eyes of the advocates of peace and harmony, but two things in the most recent months introduced an altogether new dynamics – first, Pakistan’s bold decision to accord ‘Most-Favored Nation’ status to trade with India and, second, growing likelihood of a visit by Indian Prime Minister Manmohan Singh to Pakistan in the coming months. Pakistan expects reciprocal moves by India and assumes that the Indian prime minister’s visit will be the appropriate occasion for that to happen. What happens if these expectations and assumptions turn out to be misplaced?

Without doubt, Pakistan is strongly pitching that an agreement to demilitarize the Siachen area could be a reciprocal gesture by India. Pakistan’s army chief Pervez Kayani drove this home in a rare statement on Wednesday, when he inserted himself into the India-Pakistan dialogue. Calling for a resolution of the 28-year old dispute, he said, “How it is done is to be decided by the military and civil leaderships of the two countries”; the Siachen dispute has been discussed several times and “sometimes we get close to a resolution but then issues come up.”

Kayani called for demilitarization of the Siachen glacier, pointing out, “This is the glacier that feeds our [Pakistan’s] rivers, particularly the Indus. We understand that physical deployment of troops will affect our rivers and water management is needed.” He stressed that Pakistan is keeping its military presence in Siachen not out of choice. Most important, he maintained that peaceful co-existence between the two countries is very important. “We in the Army understand very well that there should be a very good balance between defence and development because ultimately security does not only mean secure borders but the welfare of the people. We would like to spend less on defence, any country should do the same way.”

Kayani’s remarks are spot on. It is futile to argue with his rationale. Coming from the all-powerful figure in the Pakistani leadership, the statement signals the highest importance Islamabad attaches to the resolution of the Siachen dispute. Coming at a juncture when the India-Pakistan dialogue is at a turning point, the timing of Kayani’s statement assumes special significance. In sum, Siachen dispute holds the potential to become a game changer or a deal breaker in the India-Pakistan dialogue.

The heart of the matter is that from Pakistan’s viewpoint, when Indian forces unilaterally occupied the Saltoro Ridge in the Siachen area in 1984, it constituted a major violation of the Simla Agreement of 1972, which expressly forbid either side from using force to alter the ground position to its advantage. The Pakistani military leadership suffered a big loss of face in 1984 when India outwitted it and in a swift military operation created a fait accompli in Siachen. The embarrassment is so profound that Pakistani military is yet to admit even after nearly 3 decades that it has ‘lost’ the access to the Siachen area.

The catch, however, is that no matter why India undertook such a futile and unlawful military deployment at that point in time, Indian pundits no longer regard this today as merely an India-Pakistan issue. The Indian strategists brood over the terrain slopes down the Saltoro Ridge giving the scope for a grand encirclement of the Pakistan-Occupies Kashmir and the so-called Northern Areas if the need arises – although it requires mind-boggling military capabilities to undertake such a manoeuvre, which is way beyond Indian Army’s resources in a foreseeable future. More important, the control of the Siachen area would give India access to the Karakorum, which overlooks the network of highways and railways that connect China’s western Xinjiang to Tibet. By the way, Siachen glacier feeds the Indus River system, which is Pakistan’s vital lifeline.

Suffice to say, sitting atop the Saltoro Ridge, India has both Pakistan and China in the crosshairs. Unsurprisingly, it would prefer to stay put there in those abnormal heights, no matter the human and material cost involved, unless and until its overall relationship with China and Pakistan gains clarity. India’s strategic vision is still embryonic and is predicated on so many variables; it needs to crystalize first before Delhi orders the unshackling of the military presence in Siachen. Of course, India is not in a position to explain the range of considerations that accrued to the dispute over time, which make it reluctant to change the status quo in Siachen; instead it resorts to alibi for its masterly inactivity in resolving the dispute with Pakistan.

The puzzle that lies ahead is how India and Pakistan can meaningfully move forward on the Kashmir problem and stabilize the overall relationship while the Siachen issue remains a ‘frozen conflict’. It is a catch-22 situation. Indeed, the future of the dialogue between the two countries itself may come to depend on the resolution of the Siachen problem. For the military leadership in Rawalpindi, India’s willingness to move forward on Siachen is a litmus test of its strategic intentions towards Pakistan.

However, for the Indian side, it is preferably within the matrix of an overall settlement of the disputes between the two countries – and, increasingly, the normalization of relations with China – that Delhi should give up the single biggest military advantage that India enjoys in the Kashmir ground situation. Meanwhile, growing Chinese presence in the Northern Areas – and indeed, against the backdrop of China’s inexorable rise as a superpower – fuels India’s insecurities.

From the Indian viewpoint, Pakistan’s (and China’s) intentions are far from clear and once the Pakistani military consolidates its grip over Afghanistan, it may resume the ‘low-intensity war’ against India. While cross-border terrorism has abated in the recent years and a semblance of normalcy has appeared in the state of Jammu & Kashmir, India remains concerned that the terrorist infrastructure in Pakistan still exists and the Pakistani security establishment’s dealings with extremist groups also continue.

Indeed, Pakistan is not in a position to capture Saltoro Ridge and evict the Indian occupation. Its economic situation today is so precarious that maintaining the eyeball-to-eyeball confrontation and the deployment of troops in outposts 22000 feet above sea level where the temperature dips to minus 55 and stays like that for months does not make sense. Pakistan is estimated to spend 5 million dollars per month on its deployment in Siachen and it is an unaffordable cost. (India spends much more because of the higher troop numbers and since all supplies are to be airlifted.)

Clearly, the India-Pakistan dialogue stands at a crossroads. The paradox is that, as Indian pundits agonize, a genuine reconciliation will elude the two countries without the Pakistani military’s unreserved backing for the India-Pakistan dialogue, especially on reaching an understanding over Kashmir, but that cannot happen so long as the Siachen dispute remains unresolved, while the dispute itself has become intractable in many ways today having morphed into a complicated geopolitical tangle from a mere ‘strategic blunder’ committed by the last prime minister Indira Gandhi or a territorial dispute that is the legacy of the Partition.

It is going to be a tough call for the elected leaderships of both sides to bulldoze military strategists and security hawks who root for the sinfully expensive fight to go on.