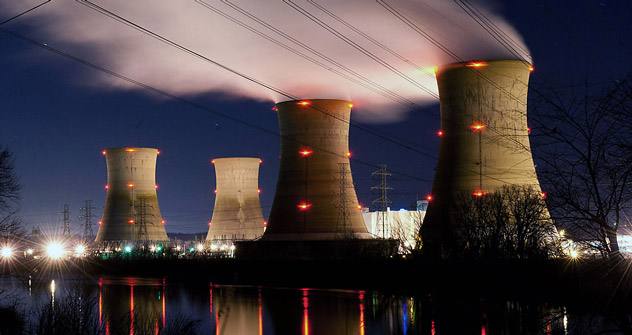 The UK’s continuing commitment to low-carbon energy provision may involve the commissioning of Russian nuclear reactors.

Rosatom, Russia’s state atomic energy corporation, may be considering the construction of two new nuclear power stations in the UK. With a growing energy deficit and a commitment to cutting carbon emissions, the British government may find itself faced with an offer that is hard to refuse.

At the beginning of April, Rosatom said it was mulling over the purchase of a stake in Horizon Nuclear Power after the British energy firm’s parent companies, RWE and E.ON, shelved a joint-venture to construct two new-generation nuclear reactors in Wales and Gloucestershire. Both German-owned, RWE and E.ON cited increased costs, a longer payback period and Germany’s retreat from the nuclear sector as reasons for their decision.

Before the Fukushima disaster, the world was slowly rediscovering nuclear power in the face of the relentless increases in the price of oil and gas. Only six months before the tragedy, German Chancellor Angela Merkel reversed a campaign promising to wean Germany off nuclear power, which she reinstated again after the catastrophe. “Germany has been talking about abandoning nuclear power since the early 2000s, and Fukushima was only a formal reason to finally do it,” said Rosatom press officer Vladislav Bochkov.

“The demand for nuclear power has not changed; its structure has changed. If  before we had clients interested in second-generation nuclear reactors, now everybody wants the safest technology available. Globally,  if you compare how many contacts we signed after Fukushima with the number in 2010, it’s practically  doubled,” he said. “If you look at long-term trends to 2030, we now expect a modest 8 percent decrease in the number of nuclear plants to be commissioned.”

The need for nuclear

The UK may be bucking this trend, however. Following the discovery of oil and natural gas in the North Sea, the country became a net producer of energy, but the output of the fields began to decrease, and the UK went into energy deficit in 2003. Since 2010, Britain has imported about 40 percent of its oil and gas needs, according to the country’s Department of Energy & Climate Change.

An industry study in 2009 found that Britain will face a 20 percent generation capacity shortfall by 2015 unless there is significant investment into the sector. In reference to the situation, Chris Vernon of Oil Drum magazine said: “Has any other country, let alone major economy, experienced such speed and magnitude in its shift  of energy systems outside wartime?”

The British government energy policy calls for increasing the share of renewables to 10 percent, as part of its commitment to The UK Low Carbon Transition Plan adopted in 2009, but progress has been slow and the program has been criticized by industry experts.

The first step in the plan will be for the country to close half of its coal-fired power stations by 2015. These currently account for 40 percent of UK power generation, and many see this coal-fired shutdown only exacerbating the energy deficit. “The UK energy and  climate change policy is failing, and failing at a high cost,” Professors Pierre Noel and Michael Pollitt of Cambridge University wrote in a paper presented to parliament last year. “Electricity bills are going up as consumers are asked to pay for ever-increasing subsidies to renewable energy, the deployment of which does nothing to reduce greenhouse gas emissions.”

It is hard to see how the goal will be met without the use of more nuclear power.

There have been no new nuclear power stations commissioned in Britain since Sizewell B was built in Suffolk in 1995, but in 2009 the government said it was considering constructing 10 new nuclear facilities.

In the UK, Rosatom  already delivers nuclear fuel to the plant at Sizewell, which it produces together with France’s Areva. It has been exporting enriched uranium to the British market for decades, while one of its daughter companies, Nukem Technologies was involved with decommissioning nuclear plants in the UK.

Most recently, Rosatom and Rolls-Royce signed a memorandum of cooperation last summer under the eyes of Russian and British political leaders. “No other country in the world has Rosatom’s experience in building nuclear power plants,” said Bochkov. “We’ve opened 20 nuclear reactors worldwide over the last 25 years and currently have 25.2 gigawatts of combined capacity, second only to France’s EDF.”

In the meantime, energy prices continue to rise sharply. A study last month by investment bank Liberum Capital said British energy bills are set to soar by as much as 70 percent by 2020 due to the growing energy gap. Energy production is sinking slowly but consumption has risen by 11.3 percent  between 2001 and 2011, while the cost of energy was up a whopping 23 percent over the same period.

The potential Rosatom deal has inevitably raised the question of safety. The explosion, in 1986, of the Russian-designed RMBK reactor at Chernobyl in Ukraine remains, even after last year’s Fukushima disaster in Japan, the world’s worst nuclear accident.

However, Rosatom insists that it is precisely because of the Chernobyl experience that it is best placed to guarantee safe nuclear power. “The Chernobyl accident 26 years ago gave us an additional impulse to develop ever more sophisticated safety systems at our nuclear power plants,” said Bochkov.

“The ‘melt trap’ device, which automatically localizes any radiation leaks in the event of an emergency within a non-inhabited space, was developed following a comprehensive analysis of the disaster. It’s currently in use at every Russian nuclear power plant.

“We’re talking about safety systems that are able to extract heat from the critical part of the reactor amid a complete lack of electricity flowing to the plant,” he continued. “Had these systems been in place at Fukushima, the world would never have heard about that nuclear disaster.”

Shortly after the Fukushima disaster, Rosatom head Sergei Kiriyenko went to India to close a deal to build the Kudankulam nuclear plant. He stressed that Russian nuclear power stations meet all the high international safety requirements saying: “Even if, in the wake of Fukushima, you try to imagine what else should be added to the nuclear plant design to enable it to withstand every conceivable combination [of disasters] – earthquakes, tsunamis, power and water supply cuts, and so on – Kudankulam already has them all.”

Kiriyenko, is currently negotiating a deal to build two more reactors in India.

Rosatom plans to build 18 new reactors at home over the next 20 years, and hopes to sell new-generation 3+ reactors to other countries. As well as India, it has also sealed deals in Ukraine, Belarus, Bangladesh and Turkey.

Harnessing the power of Fusion

Rosatom is currently conducting research into thermonuclear power in two directions – magnetic confinement fusion and commercial confinement fusion – via participation in the International Thermonuclear Experimental Reactor in the south of France (the project involves the EU and six other states). The project’s stated goal of creating a fully-function fusion power plant has the potential to solve global energy problems via a relatively cheap, safe and practically limitless source of energy. Rosatom has also independently developed the Iskra-6 and Angara-5-1 lasers, which have the capability to heat fusion pellets and facilitate the realization of fusion technology.

The company is also involved in developing clean sources of energy – predominantly wind power – to be developed alongside nuclear power. “Nuclear power should provide the basis of a sustainable energy system and can be balanced with other factors – like wind and solar power – which are less reliable, but important sources of clean energy,” said Bochkov.