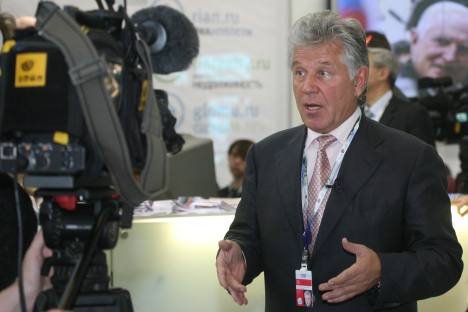 Today Russia's State Duma adopted the bill about gebernatorial elections which will allow voters to decide who should oversee their region. In a bid to promote political openness, regional governors are expected to be directly elected

In the months following the December parliamentary vote and the protests calling for fairer elections, outgoing President Dmitry Medvedev has removed a number of governors from their posts, and is likely to place more in the firing line before he steps down as president.

Since 2004, governors have been selected by the federal president of Russia, but gubernatorial elections (where governors are directly elected by the people) now look like returning to Russian politics in the coming months.

President Medvedev submitted a draft bill to parliament calling for the return of elections for regional governors in an attempt to bring about more openness in government. But before the new law comes into play, the Kremlin is targeting those governors seen as unpopular or unsuccessful and replacing them with other United Russia allies – while it still can.

Like Kremlinology, the shuffling of governors remains an entertaining but opaque process. It isn’t an exact science: Mikhail Vinogradov and Evgeny Minchenko, two Moscow-based political analysts, produce a yearly list of “survival ratings” for governors that delves into the deciding factors of whether a governor stays or goes. These include popularity, Duma electoral results, internal conflicts between bureaucrats and the governor’s effectiveness as a leader.

United Russia’s mediocre victory in the December Duma elections prompted expectations that the Kremlin would take revenge on governors in those regions where the party had performed  especially poorly.

Recently, the business newspaper Vedomosti published an article arguing that Mr Medvedev was systematically eliminating governors in regions where federal bureaucrats close to the administration headed the party list, rather than local politicians. This is because local politicians would deliberately distance themselves from unpopular governors.

Pavel Salin, an analyst for the Centre for Political Assessment, noted that some governors are used as scapegoats for government failures and are removed or forced to resign, while keeping national politicians, like Mr Medvedev, above the fray.

“Though it is on the decline, in general the idea of the national leader – this modern, monarchic model – persists in society. The leader is associated with power, stability, sovereignty and other positive, abstract ideas, while the governors answer for the so-called day-to-day government,” Mr Salin said.

One of the more recent casualties is Pavel Ipatov, former governor of the Saratov region, who became the fifth governor to leave his post since the ruling party United Russia posted mediocre results in the December Duma elections . Despite the fact that Mr Ipatov won 65pc of the vote, the move came as no surprise as Mr Ipatov had famously burdened Saratov with more than $1 billion dollars of debt.

However, conflicting information emerged about his departure. While the local press reported that the governor had been fired, citing a Kremlin source telling RIA Novosti that the governor’s poor ratings were behind the decision, Mr Ipatov and the Kremlin press service maintained that the governor had offered to resign and that his departure was planned. “I don’t want to comment on what happened,” Mr Ipatov told Interfax. “These were planned events, and I didn’t think it necessary to speak about this earlier, as I was bound to my word.”

Apart from the debt scandal, Mr Ipatov was also locked in a vicious struggle with the deputy head of the presidential administration Vyacheslav Volodin, who is also from Saratov.

The Moscow State University professor Rostislav Turovsky, a regional politics expert, told Kommersant that the firing was a major victory for Volodin, because “Ipatov was kept on as a counterweight to Volodin, so that he could not strengthen his position in the region of which he is a key citizen.”

The Kremlin is running out of time to replace local governors with hand-picked replacements, as Mr Medvedev is expected to sign the law restoring direct election of governors in early May. Yet Mr Salin notes that the Kremlin’s sudden rush to replace governors implies that it would hope to find ways to micromanage local politics, even once the new law has been passed. Indeed, under the new bill, the president will still be able to sack governors for corruption, failure to perform their duties or for a conflict of interests. But at the same time, voters will also be able to seek the resignation of an unpopular governor through a referendum organised by a local parliament.