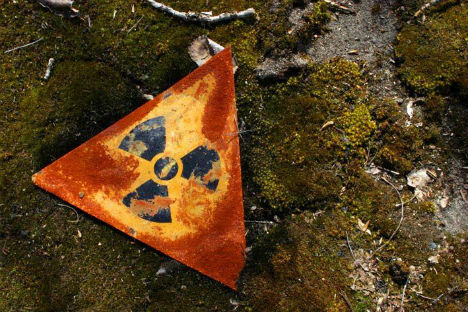 Under the presidential decree, every year on April 26 Russia commemorates the liquidators and victims of the Chernobyl nuclear disaster, which happened on this very day in 1986.

More than 600,000 people took part in the liquidation of the disaster’s consequences removing debris, cleaning up radioactive fuel and building a gigantic cap above the exploded energy block. The disaster, which has been considered as the worst nuclear accident in history, raised serious concerns about the safety of the nuclear energy industry, a well-known Russian nuclear physicist Bulat Nigmatulin says.

"We did not expect this disaster. It was a man-made disaster, a very powerful reactor exploded. But the liquidators heroically and very quickly built a cap over it. In November the first unit was launched and in December all three units of the Chernobyl NPP were operating. We can only admire our people who accomplished the task."

The expert says there were faults in the design of the RMBC reactor which exploded in Chernobyl. There was a risk that the reactor’s control system would lead to an accident.  Unfortunately that’s exactly what happened. There have been other nuclear disasters besides Chernobyl such as the Three Mile Island accident, a partial nuclear meltdown in the US, and the disaster at the Fukushima 1 NPP in Japan last year. This however does not mean that all NPPs must be shut down, Nikolai Kuharkin, an adviser of the head of the Kurchatov research institute notes.

"The lessons of each disaster have been definitely taken into account and the safety of NPPs is being improved. But accidents happen anyway. In Japan the nuclear disaster was caused by a tsunami.  If they had expected such tsunamis they would have built the NPP in a different place, at least slightly higher than its current location. They had not foreseen this. But this does not mean that the whole nuclear energy industry must be doubted. We should learn from those accidents."

There will never be a 100% guarantee from accidents, the expert says. But the experts of the global nuclear energy industry are working on the reduction of disaster risks.   Today any NPP a priori must be safe, Bulat Nigmatulin stresses.

"Currently slightly more than 400 nuclear blocks are being operated in the world. Any accident on any plant will be yet another blow to the image of the nuclear energy industry. On the other hand there are completely new projects under development and they are a lot more grounded in terms of safety. But safety has its limits. The most safe nuclear power plant is a plant not built.  But if a NPP is not safe it must be shut down. We always emphasize safety but we speak of economic effectiveness as something that goes without saying, which is not the case."

"The next step is the improvement of nuclear technologies namely the switch to fast closed fuel cycle reactors with better safety indicators. For a significant period of time these new reactors will operate together with the current ones."

There is nothing frightening about it, the expert says, because those who learnt the lessons of the previous accidents have managed to bring current reactors to a good level of safety.