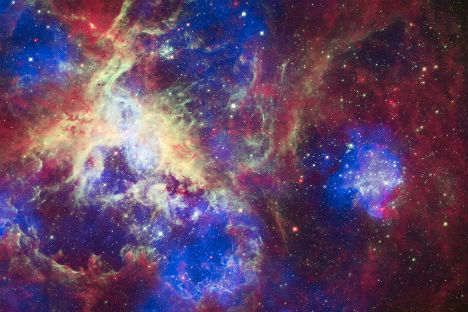 USA, Russia, China and India share the same ambitious in space exploration. But the position of trendsetter is still unengaged.

Some 40 or 50 years ago children were dreaming of “space flights” and of the “astronaut vocation”; this is no longer the case. The celebrity status has been usurped by variety singers; compared to them, scientists, astronauts and spacecraft designers are perceived more as “losers” than winners.

Partly for this reason people who do not know or understand the crux of the matter so painfully react to the inevitable and growing space exploration expenditures and to frequent rows in the Russian space industry. The situation is aggravated by the crisis experienced by both national and international aeronautics. The crisis is caused by the fact that the era of emotional aeronautics has come to an end. Soberly analyzing its achievements, we can see that in highest demand are such areas as defense, navigation and information systems as well as the Earth monitoring. And yet space exploration has “stalled”, since it does not give the chance to a common mortal to feel and appreciate its achievements.

People expect more from aeronautics, than just satellite communication, space navigation or remote probing of the Earth – they’ve already got used to all of these. They want real breakthroughs in the development of space production technologies and Galaxy exploration, which can be a possibility only after spacecrafts switch to nuclear energy sources, according to scientists, however scaring this may sound in the wake of Fukushima and Chernobyl.

Yet experts realize that placing high technologies in near-Earth space under the current level of energy outfit is like trying to warm the Galaxy with a candle and Mars flights now appear an utter absurdity. To reach the red planet, a spacecraft with a MV-grade nuclear plant is needed, which calls for huge financial injections. For comparison, the US allocated $18.7 billion for space exploration to NASA, whereas Roscosmos had to be content with $3.1 billion. Like any other average citizens, each of us shares reasonable concerns over the worthy fields for investments. For while the budget of the federal space program has grown from 67.04 bln rubles in 2011 to 75.8 bln rubles in 2012, no real changes have occurred.

According to many scientists and experts, this happens because Russia lacks the necessary energy superiority for space exploration. Resignation of Roscosmos Director Anatoly Perminov in 2011 only exposed this problem, whereas the new head of Roscosmos Vladimir Popovkin found himself between the hammer of the Finance Ministry, cutting the financing of space programs and demanding economic gain from aeronautics, and the anvil of the Cabinet Head and President, expecting breakthroughs from space exploration, which would raise aeronautics to a qualitatively new level.

The international space market experts and scientists admit that the Finance Ministry’s restraints disable Roscosmos from conquering the overseas markets, a fact which China uses to its own advantage. China set the target to win the aeronautics-based information markets of Asia and Latin America and successfully acquire it, even if to the detriment of its domestic economy. The general rule is that the financial component always has the upper hand in grappling for markets. The Chinese experience proves that in order to develop high space technologies, one has sometimes to sacrifice the immediate economic gain.

Incidentally, the intermediate result is that China shares the second position in aeronautics development with Russia, but has already drawn near to the leader – the USA. Meanwhile Russia is turning into a space taxi driver for the US and China, even though $700 million annually raised due to the launches of Proton boost rockets is a vital extra amount for the national space industry. In this area Russia ranks first in the world. This enables our country to take a lead in some sectors, such as nuclear-powered engines, even under scanty financing and notwithstanding the general catch-up game with the USA.

Betting on rocket launches is capable of making aeronautics cost-efficient and turning it into lucrative business, as the NASA experts forecast – e.g. due to the orbiting of a wide range of vacuum-dependent industrial technologies. The problem is that for now these are just the ambitious space plans cherished by the USA, Russia, China and India. And each of the competitors fears two evils: nuclear energy, which has so often spun out of man’s control, and competition.

Thus, the NASA management officially admits that “the US does not rule out the stepping up of nuclear energy work in space.” China, being aware that Russia has some promising know-how in this field but lacks financing, offers cooperation. Japan, Germany and France are also interested in Russian nuclear developments in space and this is a real chance to get rid of the space taxi driver’s role. This is a real chance that Russia can de facto be perceived not as a taxi driver or an artisan, capable of just traversing a metal piece on the lathe, but rather as a partner and trendsetter in space.