Sistema wrote off $700 million in its Indian subsidiary 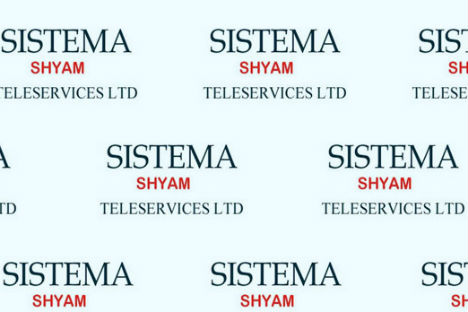 JSFC Sistema lost a quarter of its investments in India, due to frequencies uncertainty. Problems in India may push Sistema to conduct a buyback in the amount of $300 million, analysts say.

The net loss of JSFC Sistema in the fourth quarter of fiscal year 2011 totaled $530.2 million, the corporation said Monday. This result is connected with the write-off of $346 million on licenses for 2G connections at its Indian mobile subsidiary, Sistema Shyam TeleServices Ltd (SSTL). In addition, JSFC has written off another $349 million of goodwill (the difference between purchase price and the market value of the company) for SSTL, following the unaudited statements of the company. The situation surrounding SSTL's licenses "raises serious concern", Mikhail Shamolin, President of JSFC Sistema, says.

Problems began on February 2 for SSTL, 56.68% of which is owned by JSFC, 24% by the Indian company, Shyam Group, 17.14% by the Russian Federal Property Management Agency and another 2.18% by Indian minorities. At that time, the Supreme Court of India in connection with a corruption scandal decided to suspend 122 communications licenses that were issued in 2008 to eight operators, including 21 of the 22 licenses held by SSTL.

Russia’s Sistema in dispute with India over telecom licenses

In March SSTL along with the other operators appealed the decision of the Supreme Court, which was rejected. By the end of March, Russian President Dmitry Medvedev weighed in, expressing concern about the situation surrounding SSTL at a bilateral meeting with Indian Prime Minister Manmohan Singh at the BRICS summit, recalls Sergey Karmalito, a senior adviser at the Russian Embassy in India, The situation has moved from a standstill after "pressure" was applied at the summit, said the diplomat. This week, the Supreme Court postponed the deadline for the cancellation of the licenses owned by the eight operators by three months until September 7, and it ordered the Government of India to conduct auctions for the 2G frequencies according to tightened deadlines, by August 31. However, the prices for the resource that have been recommended by India's telecommunications regulator, TRAI, are ten-times greater than they were in 2008. In particular, the 5 MHz technology-neutral frequencies in the 800 MHz range that are of interest to SSTL are valued at approximately $6 billion.

According to Mr. Shamolin, this price is "totally unacceptable": four years ago, the frequencies were purchased for $460 million. "We believe that the starting price should be the same as what we paid. Our position is clear, we acquainted the regulator with it, and we will stand by it " Vsevolod Rozanov, SSTL President and CEO, said to Kommersant. "$6 billion," he continues, "is simply not the final figure, and it remains to be discussed, but in the end the price for each region will be determined on the basis of business cases." Mr. Rozanov hopes that the terms of the auction will be ready within one to two months. In the meantime, the pre-auction scheme --- the separate sale of 1.25 MHz blocks --- "artificially creates a shortage of frequencies," and the prices for the resource require a rate increase of up to 30%, so considers a source of Kommersant on the Indian telecommunications market. Sistema will make a final decision about its participation in the auction when its terms become known, says Mikhail Shamolin. However, in order to provide communications services in India, the operators still need to participate in the auction. "If the company does not participate in the tender, it will automatically lose its license," reminds Sergey Karmalito.

For the time being $700 million has been written off the $2.8 billion that JSFC Sistema invested in India, but if it comes to closing SSTL, the losses will be greater, warns Evgeny Golosnoy, an analyst at Nomos Bank. The situation in India, together with JSFC's problems with its Bashkir assets are reflected in the 50-percent price discount for Sistema shares, he says.

However, the corporation expects to make money on this. Yesterday Mikhail Shamolin described a buyback of $300 million, the possibility of which will be considered by the corporation's board directors on May 26. The investors liked this: at 21:30 Moscow time JSFC stock on the LSE rose by 3%, and its market capitalization stood at $9.3 billion.

Russian text is published in Kommersant