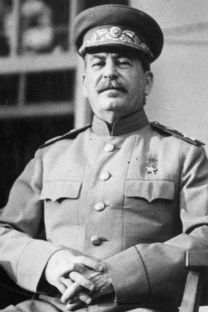 Incredulous as it may sound, Soviet leader Joseph Stalin saw India's independence as a sham and its iconic leaders like Gandhi and Nehru as counter-revolutionary forces. Stalin's attitude only shows how ideology can prejudice diplomatic relations between the two countries, which later went on to craft a unique relationship based on trust and strategic convergence.

Imagine Mahatma Gandhi and Jawaharlal Nehru being called agents of bourgeoisie and counter-revolutionary forces. But this is how an ideology-driven Stalinist leadership looked at the leaders of India's independence movement in those pre-war years. It may sound hard to believe in these days of blossoming India-Russia friendship and a glorious past of trust and mutual goodwill, but Joseph Stalin eyed the Indian fight for independence with suspicion as a bourgeois conspiracy that was crafted in connivance with imperialism behind the back of the Indian people.

In fact, the Stalinist leadership reacted with open hostility to the proclamation of India's independence in 1947 and the policy of Nehru's government directed at building a democratic society based on social harmony, political stability and economic progress. Ideological tenets played an important role in the formation of the Soviet government's position in the period under review.

First of all, it is important to consider Stalin's pre-war assessments of the national bourgeoisie of the colonial and dependent countries as “conciliatory” and “counter-revolutionary” forces, which entered into "a conspiracy" with imperialism behind the backs of their own peoples. The most influential circles of the Indian bourgeoisie were placed in the “conciliatory” camp, including such figures as Mahatma Gandhi. “The leaders of the bourgeoisie hope to create a blood bath in these countries, rely on the police bayonets, and appeal to the help of people like Gandhi,” wrote Stalin on June 27, 1930, at a time when India was conducting its second campaign of civil disobedience.

With Stalin's direct involvement in the creation of the Comintern's program, a provision was accepted that stated that colonial revolution was the way that the oppressed peoples of the East would achieve independence. The elimination of the rule of foreign imperialism was linked to violent uprisings by the poor classes, the overthrow of the power of the feudal lords and landlord bureaucracy, the establishment of democratic dictatorship of the proletariat and peasantry on the basis of Soviets, the organisation of a revolutionary worker-peasant army and the transformation of bourgeois-democratic revolution into a proletarian revolution.

The “power transfer” process in the then British India could hardly qualify as even remotely similar to these kinds of theoretical constructs. It is no accident that the Soviet periodicals either refused to print information on the situation in India or described its liberation as nothing other than a “political farce.” “There is no way to believe that 50,000 British families who are currently in India could leave it over the course of a year,” urged Pravda on August 14, 1947, on the eve of the proclamation of independence. The Soviet state's mouthpiece stressed that the raising of the tricolor flag at Red Fort, Delhi, could hardly lead to real change that would better the legal position of the Indian proletariat, peasantry and the representatives of the untouchables.

The biased attitude of the leadership of the Soviet Union towards an emerging independent India was largely due to the very political status of the dominions that were acquired by India and Pakistan. The Kremlin was convinced that in August 1947 the changes in India affected only the upper echelons of power and led to the replacement of the administration of the viceroy by the bourgeois government of Jawaharlal Nehru, and that Viceroy Lord Mountbatten had simply occupied the seat of General Governor in one of the new dominions.

Soviet military circles reasoned that in the event of a war with the United States, Britain and her allies in India, being a member of the British Commonwealth, would inevitably act as an enemy of the USSR, and the Indian airfields and other military-strategic facilities would be used for bombing raids along the southern borders of the Soviet Union. Pravda wrote on August 10, 1947, that out of 19 English major generals 16 remained in India, and out of 280 brigadier generals 260 would remain in support of the idea that India retained military and political allegiance with its former mother country

However, despite the ill-favoured and prejudiced view of Stalin and his inner circle towards India, Indian leaders and Indian people noted that at the end of the 1940s the Soviet-Indian relations took a turn towards a budding convergence and the establishment of trade and economic relations. After the fruitless visit of Nehru to the US in 1949 and the refusal of the Americans to provide food aid to India, the government of India submitted a similar request to the Soviet Union. In 1951 a contract was signed to supply India with 100,000 tonnes of Soviet wheat in exchange for Indian exports of traditional commodities.

During the following year India agreed to participate in an international economic conference in Moscow, and the Soviet Union for its part took part in an international industrial exhibition in Bombay. At the same time Moscow offered Delhi some capital equipment.

One may consider Joseph Stalin's reception of Sarvepalli Radhakrishnan, the Indian ambassador to the Soviet Union, on March 5, 1952, and of his successor, K. P. S. Menon, on February 18, 1953, as a sign of growing attention to India, considering that in the last years of his life Stalin personally only received three foreign ambassadors, and two of them were the ambassadors of India!