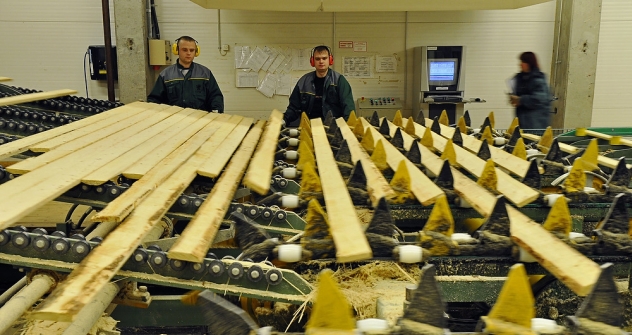 How the village of Pestovo became the international capital of construction trailer assembly.

At a shop counter in an ordinary village in The Novgorod Region, conversation inevitably turns to the Pestovo.

"Over there they drive Hummers and Mercedes! They even put their dogs in special VIP cabins: two rooms, a little corridor, glass panels — I saw it myself!"

But no matter what new rumors come out about the residents of Pestovo, the stories always have the same ending.

"But they really work their butts off! They are knocking away at their construction trailers from morning until night. I don't know when they are able to sleep and eat."

The construction trailers are those temporary homes used by construction site workers. They can be found in nearly every city – both in Russia, and around the world, and nearly all of them come from Pestovo.

When businessman Oleg Kuzin was 22,  he took a hammer, nails, and planks and began to manually "pound together construction trailers." These four words have since become synonymous with success.

Around Pestovo, "To pound together construction trailers" means to work hard, earn a lot, and generally get everything out of life. Kuzin has pounded together so many trailers that he is a millionaire and the owner of his own empire —OVK Group.

"In Soviet times, Pestovo had two main employers: a sawmill and an experimental-mechanical plant [EMP]," Kuzin began, telling his story. "The sawmill produced lumber. The EMP made metal construction trailers for construction workers; they were block containers. This was a significant manufacturing operation, and products were sold to Algeria, Guinea-Bissau, Mongolia, Iraq and Cuba."

At least, the town had these two employers until the arrival of perestroika; then, large enterprises sputtered and quickly fell into disrepair.

"I myself worked at the sawmill: at first I worked in lumber processing, and then I was a driver," Kuzin said. "But in 1992 paychecks were delayed by three to four months. And then on television they began to advocate small business, and shuttle traders from Moscow and St. Petersburg began to buy things up, and they opened the first private shops. My friend and I opened our first grocery stall. And then our second and third. The money started coming in; we had turnover. But the ceiling of this business was low, and it was simply impossible to invest new money into it: the village was small, the purchasing power of the people was low, the selection was modest. So where can one invest?"

The answer came by itself. Even though the sawmill and EMP had already closed agents from Moscow looking to buy trailers came to Pestovo out of habit.

"They were looking for construction trailers at lower prices than the state-owned enterprises could offer, and therefore they left with nothing," Kuzin said. "I bought a small plot. I hired two assistants, and we began to pound together the first construction trailers. We simplified the technique and made it cheaper. I knocked together about 20 to 30 construction trailers with my own hands, and then I saw that the business was working, so I hired workers, occupied myself with finding supplies, making sales."

In 1993 no one could foresee that the collapsed country would gradually begin to be built up, that there would eventually be a construction boom everywhere and that cheap wooden construction trailers would become an absolute necessity.

"No one expected that there would be such huge demand," Kuzin said. "Sales of the goods just took off. Right after me an acquaintance also began to knock together construction trailers, and then a second and third followed. Workers who at first worked for me started their own businesses."

The 1990s were a difficult time for Russian business, but the Pestovo entrepreneurs managed to turn their problems into opportunities.

"Pestovo is located midway between the two capitals, 470 kilometers (292 miles) from Moscow and 480 (298 miles) from St. Petersburg," said Oleg Sterkhov, head of Pestovoexportles. "At the end of the 1990s, we blazed a path to construction sites in Moscow and the Moscow Region. In the early 2000s, Petersburg woke up, and trucks went to the northwest. Dozens of Pestovo residents became representatives of the firms in both capitals. And in the middle of the 2000s, one after another we opened our websites on the Internet, and buyers flowed in from across the country."

In this unique situation where the whole town is essentially engaged in the same business, making the same product, it is shocking that the place is not consumed by a competition war.

"Everyone is satisfied with their work,” Kuzin said. “It is impossible for one person to corner this market. Moreover, when you have a lull, and the competitor has a huge number of orders, he comes to you, and vice-versa. We've all grown up here, and we have known each other inside-out since kindergarten."

Yury Yegorvo, the local representative of the Inter-Municipal Section of the Ministry of Internal Affairs, said “They do not interfere with each other, and this is easily explained. If the product was implemented only in Pestovo, then there would be competition. But they have nothing to share, the country is enormous. They all have websites on the Internet, and some sell to Chita, others to Samara, and others still to Ukraine and Spain. On the contrary, they pool together their efforts in order not to lose orders."

The Smell of Money

When money began to flow into the city, life began to change noticeably, and the gulf that separates Pestovo from neighboring towns became wider and wider.

According to some indicators of living standards, the village has already surpassed Moscow. For example, the number of cars per capita is nearly double: in the capital there are two cars for every five people, and in Pestovo there are three for every four residents. And the cars are mostly foreign brands.

According to data from the Economic Section of Pestovo Municipal Area Administration, in the village there are 938 registered entrepreneurs out of 16,000 residents.

"In Pestovo we have around 500 dollar millionaires" Sterkhov said. "Our ruble millionaires are our ordinary builders who are working away from home. This season they have knocked together construction trailers, bathhouses, dachas, and they are able to get a new car for a million. A welder working on block containers earns 2,000-3,000 rubles ($60-$100) a day. A driver making one trip to Moscow earns 3,000-4,000 ($100-$130).

Conscience as an Investment

A saw mill in the Novgorod Region's village of Pestovo. Source: Mikhail Mordasov

Oleg Sterkhov is Pestovo's first private entrepreneur. His business was founded on Dec. 3, 1990. Now, after 22 years, half of the St. Petersburg construction shops sell his building materials. In the city of Úbeda, Spain, there is a settlement built by Sterkhov consisting of 27 panel-frame two-story homes. He knows all the ins and outs of Pestovo business.

"You know, we have no corruption," Sterkhov said. "You may not believe it, but here the laws actually work. Why, you ask? Because when people work the laws work. Who are you going to take bribes from, who are you going to extort? Everyone has their own money. If you steal, then in an hour the whole city will find out. The magistrate of the court tried to institute a custom of taking bribes from businessmen, and he was forced to leave town."

Now the main concern of Pestovo entrepreneurs is to make sure that the city does not grow. Otherwise the advantages of the small town, which is essentially a large village, will be lost. For the time being Pestovo businessmen invest their earnings in their businesses. And they also take some nice vacations.

"Sometimes I try to get away with my family for a couple of weeks,” Sterkhov said, smiling. "We have been to Egypt, Bali and Thailand. Right now, we have prepared to go to Vietnam. But, honestly, I do not like it there. And I don't like their food. And I get homesick. I would go to Europe. Or to Lake Baikal, or to the Solovetsky Islands. Or even better: to lie at home, turn off the phones and get some rest."