World War 2 on the Russian screen

Ajay Kamalakaran
To pay a tribute to the 67th anniversary of Victory Day, Ajay Kamalakaran looks at 5 Russian classics that portray the Great Patriotic War.

World War 2 or the Great Patriotic War as it’s called in Russia was the most tragic period in the history of the country, when 27 million lives were lost to defeat Fascism. The brutality of the war, the sheer courage of the Soviet people, great battles between mighty armies and the after-effects of the war were brought to the cinema by some outstanding Russian directors. The following are some of my personal favourite films about the war. 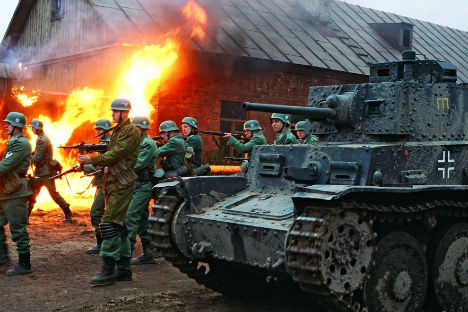 Winner of the Golden Eagle Award for the Best Motion Picture, ‘Our Own’ is set in August 1941 and is about 3 soldiers who manage to escape from German captivity. Directed by Dmitry Meskhiyev, the film moves away from what one reads in history books and sees in older films and looks at how fear and paranoia affect both soldiers as well as villagers, who are facing a potentially-long occupation of their territory by a cruel and hostile foreign army.

This drama of fright and courage, camaraderie, loyalty and betrayal, secrets and lies, justifiably earned it mass acclaim across the former Soviet Union and brings a fresh perspective on this genre. Given the fact that several parts of the USSR were under Nazi occupation for a prolonged period of time, it is likely that there were several collaborators, who at times acted more out of fear of death than anything else. Scriptwriter Valentin Chernykh brought out some of the skeletons from the closet of war days.

Directed by Sergei Bondarchuk, ‘Destiny of a Man,’ is based on a short story by Nobel Prize Laureate Mikhail Sholokhov and is a neutral and almost unsentimental look at the sufferings of Private Andrei Sokolov during the war.  Using a series of flashbacks the film documents the experiences of Sokolov, who was played by Bondarchuk, himself.

The film was years ahead of its time in its portrayal of concentration camps and would most likely have served as an inspiration for Hollywood films about the Holocaust. Being made just over a decade and a half after the war, many of the scenes were depicted with the help of veterans and those who survived the concentration camps. The technically brilliant film also relies as much on the war experiences of Bondarchuk, as it does on Sholokhov’s story. 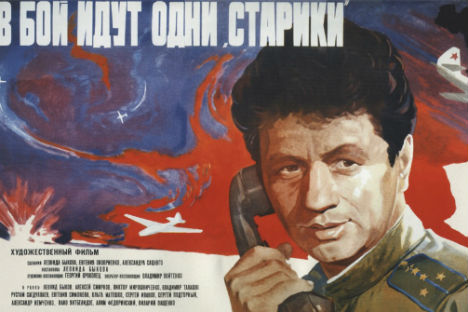 Based on the memoirs of legendary fighter pilot Vitaly Popkov, who was credited with 41 victories, ‘Only Old Men are going to Battle’ depicts the great battles between Soviet aircrafts and the Luftwaffe. Like Sergei Bondarchuk in ‘Destiny of a Man,’ director Leonid Bykov plays the lead role himself in this thriller. Bykov, who hailed from Donetsk in Ukraine, deliberately made the film in black and white even though colour technology was already available by then. The director also brilliantly used newsreels and wartime songs in the movie.

The “old men” in the film are nothing but veterans who were chosen to fly the fighter planes, while the rookies stayed back to maintain the aircrafts. These same newcomers soon become the old men fighting in pitched battles in the sky. Bykov made a deliberate attempt to avoid jingoistic rhetoric in the film and showed the tremendous fighting prowess of the Luftwaffe.

Stanislav Rokotsky’s classic based on a novel by Boris Vasilyev was nominated for the Best Foreign Language Film at the Oscars and was unfortunate to miss out on the grand prize. ‘The Dawns here are quiet,’ a film set in Karelia in 1942, looks at the very gender bias that Russian women have had to face in the army since time immemorial and is a tale of courage shown by young female anti-aircraft gunners.

Andrei Martynov plays the role of Senior Sergeant Vaskov who has a tough time dealing with the playful women who have been stationed with him. Being the only man, Vaskov is often frustrated with the women’s attitude but everything changes when German paratroopers land in the village. A handful of gunners in true “strong Soviet women style” fight off 16 well-trained enemy paratroopers in a deadly battle. ‘The Dawns here are quiet’ highlights the important role played by women throughout the war.

This 5-part series is the most large-scale film ever made about the war in Eastern Europe and is a must for anyone with interest in the war. Directed by Yuri Ozerov, the film was a co-production involving studios from the Soviet Union, Poland, Yugoslavia, Italy and East Germany.

The films focus on some of the greatest battles in the eastern front: The Battle of Kursk, the Lower Dneiper Offensive, Operation Bogration, the Vistula-Oder Offensive and finally the Battle of Berlin. Despite being labelled by sections of the western media as unrealistically glorifying the past and being Soviet propaganda, a true film-lover will be appreciate the care given to the finest details and the reasonable degree of fairness in the portrayal of enemy soldiers and officers.

The series ranks right up there with Sergei Bondarchuk’s ‘War and Peace,’ both monumental productions that brought history to the silver screen. Few films since ‘The Liberation’ series have managed to so vividly portray these great battles of the Second World War. 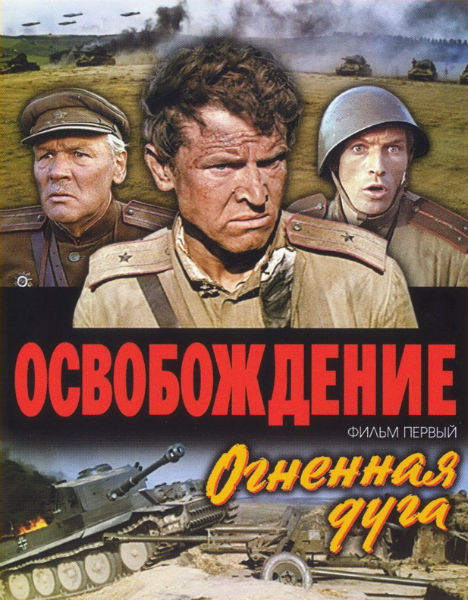