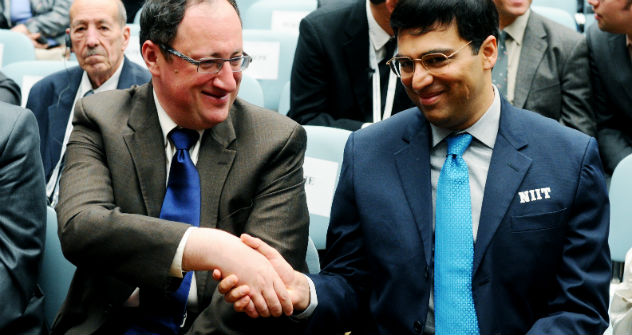 Chess masters Viswanathan Anand and Boris Gelfand expect their World Championship clash to be a spectacular battle to match the exquisite surroundings of Moscow’s Tretyakov Gallery, which is hosting the event.

It’s been 27 years since Moscow played host to such a high-caliber chess event.

It’s also the first time it’s being held in a world-famous art museum.

The organizers are hoping it will raise the profile of the game, as well as promoting Russian art.

The classic game with an arty twist will be held in a country that’s produced many chess champions, including the two famous “K”s, Anatoly Karpov and Garry Kasparov.

But this year it’s two “I”s that will compete, with India’s Viswanathan Anand versus Israel’s Boris Gelfand. They know each other well, having played together many times.

Some have questioned whether defending champion Anand will feel intimidated against a player older than himself in a match of such importance.

“I mean, he’s older, but he’s just marginally older,” the Indian chess master explained. “In a sense, it’s really not youth versus experience or anything like that. I would just say that it’s interesting to play someone completely from my generation. We started playing each other in 1989 roughly, and now, many, many years later we are playing in the world championship. But when you sit at the board, you’re just playing a strong opponent and that’s it.”

Gelfand played down the idea that the match-up would be akin to the legendary Karpov vs. Kasparov duels, but did reveal his special secret.

“What I won’t be doing is eating any omelets,” he said. “But with regards to the match, I hope it will be a spectacular one. Of course, we all want to perform well, but we’ll see how we go and we’ll see a result in three weeks’ time.”

Arkady Dvorkovich, Chairman of the Supervisory Council of the Russian Chess Federation, stressed it was a good thing that the final was being held on neutral ground.

“For the Russian Chess federation, the fact that it’s organizing the world championship match is a confirmation that Russia is a leading chess nation,” he said. “And although we don’t have anyone represented at this particular match, we believe that holding the match independently, independently of the participant’s citizenship is important.”

The match will last twenty days and end on May 31, by which time the world will know who the new undisputed Chess Champion will be – and who gets the lion’s share of the $2.5 million prize fund. 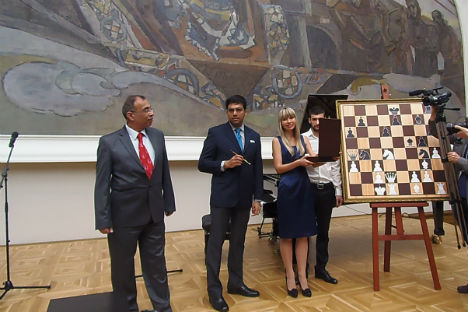