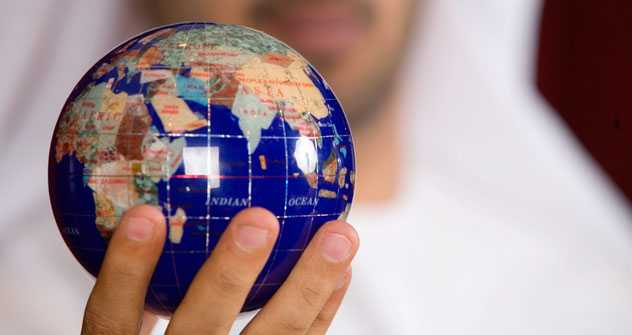 The complexities of India's tryst with globalization and its bonhomie with the West become highly disputed within the international community.

A current tour by a group of European Union ambassadors based in New Delhi to the northeastern Indian state of Nagaland has blown up into a heated exchange between the security and foreign policy wings of the Indian establishment. The Indian security apparatus feels agitated that the foreign-policy establishment unilaterally allowed the European delegation to proceed with the tour without observing the stipulated guidelines regarding visits by foreigners to sensitive regions of India.

India’s home ministry, like interior ministries the world over, traditionally takes a conservative stance on such issues than the external affairs ministry, and generally speaking, it gets away with it since it is supposed to be in the driving seat on issues affecting national security and is believed to be ‘down-to-earth’ whereas diplomats are usually considered to be flippant people with their heads in the clouds most of the time and obsessed with fanciful ideas of spreading petals of goodwill no matter the fragrance is lacking.

In the case of India’s northeast region, the ‘sensitivity’ arises on at least 4 different accounts. First, it is a region where a bloody insurgency war took place and the wounds take time to heal in such brutal wars spread over many decades. The excessive force that was used by the state is bound to remain a matter of controversy for generations to come. The calm that is prevailing today may perhaps even prove deceptive insofar as it is in many ways the peace and tranquility that is available in cemeteries.

Suffice to say, there is profound alienation among the people of the northeast and so long as this alienation remains, there is a probability that the insurgency that has been put down may revive. The ebb and flow of left-wing radicalism in India testifies to that. Second, the region is hopelessly impoverished and the developmental activities are painfully slow and scratchy, what with the rampant corruption and inept political leadership at the local level. New Delhi almost seems located on another planet, aloof and indifferent and bogged own in dousing a dozen bush fires elsewhere in the vast country at any given time.

To add to it, the adjacent regions of neighboring countries – Myanmar or China’s Yunnan, in particular – are opening up and could very soon begin to gallop on the development path and in comparison India’s northeast will begin to look abysmally backward. Indeed, the tribes of India’s northeast region have cultural and historical affinities with Myanmar (and even China), which are keenly felt at the people-to-people level, whereas their ‘Indian-ness’ of the region is of recent origin and rather superficial.

Third, religion adds to the region’s distinctiveness; the bulk of the people of the northeast do not practice the Hindu religion, but are followers of the Christian faith. In principle, this ‘multiculturalism’ per se is nothing frightening since India is a country of great diversity, but then, there are all sorts of atavistic fears in the Indian mind (which is often just below the surface straining to surge) that the minorities look for empathy and support from abroad – in this case, the Christian world in the West.

Fourth, there is a near-complete lack of discussion in India about the kind of security blanket that New Delhi has put over this region to check or pre-empt any violent eruption of the pervasive popular alienation. The searchlights by outsiders into this dark area can expose the unpalatable ground reality of the excessive, arbitrary conduct by the security forces deployed in the region, ranging from the Army to the paramilitary forces.

All this, no doubt, makes the region very, very ‘sensitive’, as far as India’s home ministry is concerned. But is it a sustainable attitude to bury the head in the sand?

‘Don’t ask for whom the bell tolls…’

In an era of globalization, it is difficult to keep things hidden from the prying eyes of the ‘international community’. Conceivably, the western embassies in New Delhi already know what is going on in India’s northeast, which may have prompted the European ambassadors to see and verify first-hand what they heard or read about. The fact that they went in a group also shows that there is a collective consciousness among them about the happenings in India’s northeast. (Of course, any European country would want this not to degenerate into a ‘bilateral’ issue in the relations with India.)

It also stands to reason that these ambassadors took clearance from their capitals before venturing into the risky enterprise to undertake a ‘reccy’ trip to a remote region of India that New Delhi still prefers to keep under wraps. India’s home ministry is right if it concludes that this is not exactly a ‘business tour’ in search of investment opportunities for European companies. (In any case, do the European countries have so much surplus capital for investing overseas in regions such as India’s northeast, when they are reportedly quite bankrupt themselves?)

On the whole, therefore, Indian home ministry’s sensitivity and apprehensions cannot be dismissed as paranoia. There is always the possibility that the West could revert to India’s northeast wound as a pressure point if the chemistry between New Delhi and the Western capitals sour. By the way, the ongoing spat with the multinational Vodafone company (which is challenging the Indian government’s prerogative to impose taxes on it with retrospective effect) or the brewing tension over Telenor (with the Norwegian government having bluntly warned New Delhi against cancelling the company’s license in the highly lucrative telecom sector in India) would show that clouds can appear almost overnight on the horizon of India’s relations with the West.

Again, the paradigm tends to be highly combustible when religion mixes with poverty and political alienation, as it does in India’s northeast. The geopolitical backdrop is also to be factored in. As the US secretary of state Hillary Clinton’s recent visits to Rangoon, Dhaka and Kolkata testify, great game rivalries have appeared in the far-flung, resource-rich region surrounding India’s northeast. It is entirely conceivable that the European ambassadors stationed in New Delhi coordinate with their American colleague. (Most of the ambassadors in the delegation to Nagaland are ‘New Europeans’, too.)

But what does India do? Indeed, globalization is a chalice of bitter potion. Its ardent votaries like China or Russia also come across similar perplexing experiences. Drawing a firm irrevocable line to preserve national sovereignty is a tough call, as Russia’s predicament over the western interference in its recent elections or China’s predicament over the acts of a blind activist coordinated from operatives in the American compound in Beijing would show.

Simply put, will the European ambassadors based in Riyadh or Manama want to undertake a ‘local tour’ of the Shi’ite ghettos in those countries? They know King Abdullah will boot them out of Riyadh summarily. Which makes one question the very motive of these ‘New Europeans’ in New Delhi to decide to test the frontiers of the Indian establishment’s latitude.

Unfortunately, the Indian establishment is presenting itself as a divided house. If anyone thinks that history ended with India’s embrace of globalization, he lives in a world of delusions. Equally, these are moments when the efficacy of India maintaining a partial worldview and ambivalence – be it over Syria or Iran – becomes highly questionable. When the controversy over the Chinese human rights activist erupted recently, many in India savored schadenfreude. They overlooked that if the Indian tortoise begins to sprint like the Chinese rabbit on the chessboard, the bell will toll for it as well. And it can well be a 'northeastern bell'.