SCO as a counter to NATO? 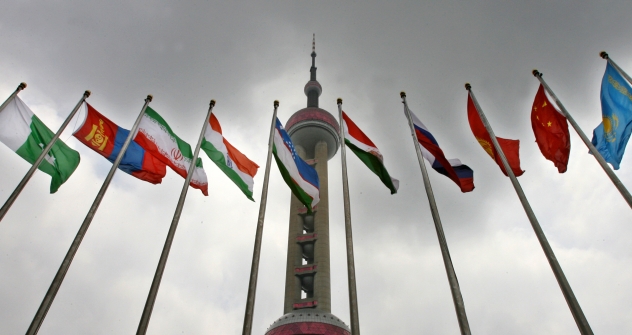 The Shanghai Cooperation Organization (SCO) is to step up its foreign policy efforts. Source: Image Forum

Although for many years the SCO treaded cautiously in making foreign policy statements, the organization is evolving.

The Shanghai Cooperation Organization (SCO) is in for major changes, judging by the outcomes of the meeting of SCO foreign ministers in China’s capital ahead of the SCO summit scheduled to be held in Beijing on June 6-7.

The SCO was designed in the 1990s as an institution to build up confidence between Russia, China and four Central Asian countries – Kazakhstan, Kyrgyzstan, Tajikistan and Uzbekistan – primarily in the military sector. The SCO member states were united by the common threat of Islamic fundamentalism, kindled by the dominance of the Taliban in Afghanistan.

However, in the early 2000s, the SCO shifted its focus to combating international terrorism and drug trafficking, as well as cooperation in economic and humanitarian areas. The organization held reasonable, well-balanced positions on international issues and pursued a very cautious policy, never giving analysts reasons to treat it as a serious political, let alone military alliance. India, Pakistan, Iran and Mongolia joined the SCO as observers, while Belarus and Sri Lanka became “dialogue partners.”

But times have changed, and the SCO has changed along with them. The crises in the Middle East, including those triggered by the Arab Spring, the role that Western countries played there, and the withdrawal of U.S. troops from Iraq, and more importantly, from Afghanistan, called for a major revision to the SCO’s approaches and prompted the organization to step up its foreign policy efforts.

As it appears from the speech Russian Foreign Minister Sergei Lavrov delivered at the recent Shanghai meeting, from now on, the SCO will formulate a common policy for all its participants if crises should emerge in the region. It appears that the new mechanism will be launched as early as next month, on the eve of an international conference on Afghanistan, slated for June 14 in Kabul.

“The situation in Afghanistan and around it raises major concerns. We should actively participate in all international discussions on Afghanistan-related problems, coordinating our positions,” Lavrov said. The SCO will obviously take into consideration the decisions of the NATO summit in Chicago, which will take place during the final week of May and address the situation in that country.

Previous statements by the Russian Foreign Ministry made it clear that the nature of the U.S. and NATO military presence in Afghanistan will top the agenda. Moscow and Beijing argue against the continued presence of foreign troops, whose functions go well beyond mere policing there. Moscow would also like to hear a report on the implementation of the UN resolution that served as the basis for carrying out the military campaign in Afghanistan. The SCO’s consolidated position will substantially support the efforts of Russia and China in this area.

Moscow and Beijing’s demands will be backed even more strongly if the number of SCO member states or associated countries grows. During the recent meeting, Lavrov called for approving the SCO membership requests filed by India and Pakistan. Furthermore, the organization is close to deciding in favor of giving Afghanistan observer status and making Turkey a dialogue partner.

It’s impossible not to notice that the SCO has gone beyond the scope of regional problems.

At the meeting in Beijing, the draft final declaration of the SCO member states was adopted. According to RIA Novosti sources in the Russian delegation, the document condemns the U.S. anti-ballistic missile program. RIA Novosti quotes a part of the document, which reads that unilateral unlimited expansion of the anti-ballistic missile system may damage international security and strategic stability. This statement clearly supports Moscow’s efforts to deter the U.S. anti-ballistic missile plans, which, if implemented, may devalue Russia’s strategic potential. However, China is also interested in deterring the U.S., as its nuclear forces are even more vulnerable.

A consolidated SCO position on anti-ballistic missile systems has the potential to become a significant counterweight to NATO’s plans in this area.

However, judging by the published documents and statements, there are no plans to give the SCO military and defence functions. It is possible, though, as the newspaper Kommersant reported, that some additional instruments are contained in the strategy for further development of the organization, which will have to be approved by the heads of the SCO states. The essence of the strategy remains undisclosed, since it is still under negotiation.