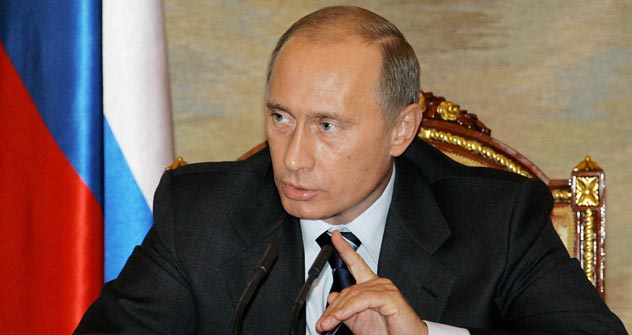 Several economists have questioned the Kremlin's new ambitious plan to jumpstart economic growth over the next six years, with most describing it as flawed or fuzzy. In a raft of decrees signed last week, Russia's newly-inaugurated President Vladimir Putin laid out an ambitious plan to attract businesses, promote investment and spur economic growth. But economists who analyzed the president's ambitious economic agenda said Russia has neither the necessary preconditions to stimulate economic growth nor the wherewithal to accelerate productivity – both of which are crucial to the success of Putin’s plan.

Despite spelling out ambitious goals, president Putin’s latest economic decrees are reminiscent of command-style economics, offering much room for optimism but little in terms of practical implementation, economists at the Higher School of Economics' (HSE) Center for Development said in an article cited by Vedomosti on Monday. "Some goals, which in the Russian reality are achievable in ten to 15 years, have been squeezed into a six-year presidential term, trampling the laws of nature and economic development," said Natalya Akindinova, director of the HSE Center for Development.

Despite such misgivings, Russian Prime Minister Dmitry Medvedev indicated last week that the government is set to speed up the implementation of the targets set out in the presidential decree. Medvedev, who is expected to submit proposals on the structure and composition of a new government to president Putin on Tuesday, has already appointed acting First Deputy Prime Minister Igor Shuvalov to oversee the implementation of the Putin's long-term economic policy.

One of the optimistic targets set out in Putin’s directives is for the government to create 25 million highly-productive jobs by 2020 and increase investment by up to 27 percent of the gross domestic product by 2018. But since investment hardly reached 20 percent of the GDP last year, economists have expressed skepticism that the government could indeed reach the 27 percent target by 2018. Economists also took issue with Putin’s order instructing the government to improve Russia’s rating on the World Bank's “Doing Business” ranking from 120th position in 2011 to 20th place by 2018. Economists said that particular order evokes memories of China’s “Great Leap Forward” – a campaign by the Chinese Communist Party under Chairman Mao Zedong to rapidly transform the economy – adding that no country in the world has so far been able to achieve such an economic feat before.

In order to increase productivity by one and a half times, Akindinova said, the economy must enjoy a stable growth of seven percent annually. But that will be hard to pull off, she said, considering that the government has projected a four-percent growth in the gross domestic product amid an almost static growth in employment rates. While growth in investment can accelerate productivity, the presidential orders have failed to set out the sources of such growth, she said. "Out of the country's 110 industrial sectors, only about ten have been growing for at least three consecutive months, [while] private capital outflows from Russia have continued," Akindinova wrote.

Some economists, including Alexander Morozov, the chief economist for Russia at HSBC in Moscow, believe that Putin's economic goals are attainable in boom time, when the economy enjoys heady growth. However, beyond declaring intentions, the Russian government has so far done little to improve the country's business environment, Morozov said.

But apart from dealing with its own poor investment climate, the government will have to contend with external economic factors that could dramatically affect its fortune. With the global economic recovery slowing, the share of investment in gross domestic product may actually decline, said Vladimir Tikhomirov, chief economist at Otkritie Capital. "Everything revolves around generating investment," Tikhomirov said. "Massive inflow of investment could accelerate productivity, but then, there can't be capital inflows without radical reforms."