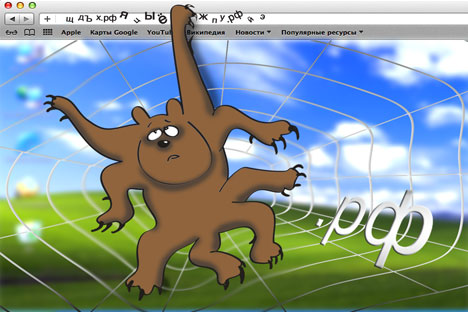 Russia’s efforts to diversify the economy must focus on creating demand for modernization at home rather than only exporting products abroad.

Recently, Russia's efforts at developing hi-tech production have focused on two different directions: cultivating scientists and businesspeople willing to develop innovative products and providing sources of credit (through investment banks, business angels and venture capital) for those individuals and companies. Unfortunately these efforts ignore the most critical elements to success: the end users who benefit from hi-tech production.

I heard the same question from again and again from managers who participated in the recent Skolkovo Innovation Summit. What specific market are these products being developed for? Is there already strong demand from Russian industry to use innovative products in modernizing production and improving efficiency?

Of course success stories already exist in cases where there is definitely a demand, and a robust market: Yandex, Russia's largest search engine, has done remarkably well honing its unique technology to the needs of the Cyrillic alphabet and Russia's exploding base of Internet users (which became the largest in Europe this year). The company has also successfully addressed problems of everyday Russian city dwellers via its Yandex.Maps and Yandex.Probki (traffic) services, which it claims are superior to Google for the Russian market. These factors have helped Yandex maintain its leading position in Russia and launch a recording-breaking IPO last year on New York's NASDAQ exchange.

Related: Skolkovo as a barrier to the brain drain

In order to cultivate more of this kind of success stories, the state needs to send a strong signal that it is not just interested in, but will bravely implement, a long-term restructuring of the economy via tax breaks, fighting inflation and other business-friendly policies within a 10 to 15 year time span that would encourage value-added production. Additional funding for universities, business incubators and venture funds would then bolster those policies.

I consider one of the greatest faults of the existing state policies is that they are directed at creating products for Western markets. While some successes have been achieved by Russian innovators (notably, Kaspersky Anti-Virus software, which exports around 80 percent of its production), I'm convinced that a long-term strategy for weaning Russia's economy off raw materials must also generate domestic demand for innovation.

Skolkovo's Technopark may be an efficient vehicle for generating some demand by providing both favorable business conditions for innovators and linking them with both domestic and international companies interested in modernizing production. I hope more broad, nationally significant efforts at stimulating this demand will follow suit.

Andrei Bunich is a prominent Russian economist and regular commentator for Kommersant FM and other Russian media outlets.