Living in a world without the West 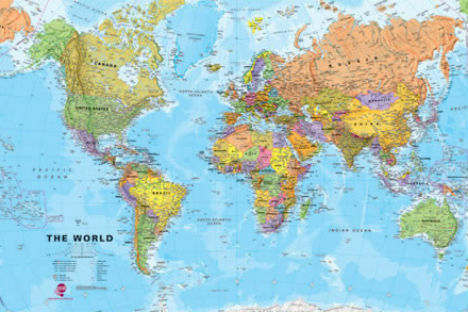 As the West lurches from economic contractions to social chaos, the rest of the world is simply bypassing its values, currencies and systems, creating an alternative arrangement where the West becomes irrelevant.

PIGS! No, I’m not swearing at anyone. PIGS is the acronym of Portugal, Ireland, Greece and Spain – the four European countries so deep in economic trouble that not even light can reach the bottom.

By the time the current recession pans out, vast swathes of Europe will have living standards lower than Thailand’s. In some regions, reports the Daily Mail, people are abandoning their children at charity homes. An entire generation of youth in Western Europe and the United States is growing up without the assurance of jobs – forget the cradle to grave security their parents and grandparents took for granted.

Canada’s Globe & Mail newspaper wonders if Britain’s current condition is a harbinger of the West’s future. It says that intergenerational poverty, rare in most countries today, has become a factor in a notable British subculture. That tallies with a British government report which shows that if you are born poor, you stay poor. Worse, millions of middle class British youth are faced with the stark choice of either stepping down into the underclass or migrating. (People from the UK and Ireland comprise the largest chunk – 32 percent – of immigrants coming into New Zealand.)

However, it is the American implosion that is most extraordinary. Not too long ago, Tracy, a small town near San Francisco, California, declared that its residents will be charged $300 every time the fire department responds to their 911 emergency calls. Remember, California is America’s richest state.

The US media is finally, although reluctantly, talking about the havoc the recession is wreaking on ordinary people, such as the 45 million Americans suffering from chronic hunger. The official jobless rate is 9 percent but that figure doesn’t include people who have stopped looking for jobs or are unemployable. Then it leaps to 17 percent, which is the point when the middle class starts crumbling.

Such a drastic decline in its power base threatens to topple the Atlantic alliance from the apex position it has occupied for just over 300 years.

This double whammy – the erosion of economic status and the loss of global hegemony – is causing considerable disquiet in the extreme right. American arch-conservative politician and one-time presidential candidate Patrick Buchanan is horrified at the prospect of a diminished global status even as much of what was once the Third World is roaring up the growth charts.

Buchanan’s new book Suicide of a Superpower, about America’s decline, has been called racist and homophobic by critics, but it nevertheless has some grounding in reality. “America is disintegrating,” he screams. “The centrifugal forces pulling us apart are growing inexorably. What unites us is dissolving. And this is true of Western Civilization.... Meanwhile, the state is failing in its most fundamental duties. It is no longer able to defend our borders, balance our budgets, or win our wars.”

Another right winger, Zbigniew Brzezinski, who spent the better part of his life advocating the destruction of Russia so that the Eurasian landmass could be turned into a lebensraum for the West, is now realising that the conservatives on the grand chessboard have been checkmated.

Brzezinski, a Pole, has gone to extent of claiming credit for the strategy that drew Russia into Afghanistan. Now he’s done an abrupt u-turn in his new book Strategic Vision: America and the Crisis of Global Power, in which he pleads that Russia be included in “a larger and more vital West”.

Brzezinski’s transformation from hawk to dove comes from the desperation of his cause – preaching to a dying empire.

Contrary to what the media says, it’s not wars in Iraq or Afghanistan wars that have caused the West to lose traction. It’s just that the East is becoming wealthier in comparison through better economic practices and systems.

Chew on this figure – $123,000,000,000,000. For the numerically challenged that’s $123 trillion and China’s estimated economy in the year 2040. For perspective, the US economy is worth some $14 trillion today. What it means is China will soon become a colossus and the US will have to simply take a deep breath and retreat. If Delhi gets it act right, India could easily be the world’s leading economy in less than half a century. These figures are giving nightmares to Western conservative think tanks.

That’s not all. Western clubs like G8 are on life support – Russian President Vladimir Putin has said he won’t be attending its summit this year. Without small defenceless countries to bomb, NATO is less cohesive. And the IMF, that organ of American imperialism, will have to down shutters or offer more voting power to China and India.

That is tomorrow’s world without the West.

Routing around the West

The concept was first articulated by American academics Steven Weber, Naazneen Barma and Ely Ratner who said that in the new world order the rising powers are keen to break the dominance of the current order by increasingly “routing around” the West.

For years the East vs West debate has been framed largely in terms of whether emerging powers like China, India, Russia and Brazil will integrate into or challenge the existing international system built by the West. Weber and his associates contend rising powers are opting for neither.

“By preferentially deepening their own ties among themselves, and in so doing loosening relatively the ties that bind them to the international system centred in the West, rising powers are building an alternative system of international politics whose endpoint is neither conflict nor assimilation with the West,” they say.

This works in two ways. One, the rising powers deepen their trade, defence and cultural ties among themselves, creating a new parallel international system. So in effect, by not playing by the rules set by the West they are creating an alternative arrangement in which they neither enter into conflict situations with the West nor enter into subservient alliances (like those offered to South Korea and Japan).

This makes the West simply irrelevant.

For instance, India’s biggest trade partners are ASEAN, UAE and China; it wasn’t that long ago when the EU and the US were considered its traditional markets. India’s Commerce Ministry has set an export target of $500 billion by 2014 and the focus is entirely on Africa, Asia and Latin America to the virtual exclusion of the West.

Russia is using its vast oil and gas resources to shut out Western companies from the great new pipelines snaking out of Central Asia. China’s trade with emerging markets has grown so fast in the past seven years that it can now offset any weakness in the American and European markets.

As the West stumbles around in the recession, both India and China are racing each other to buy up the world’s minerals and commodities. Indian companies are buying farmland across Africa to grow food for a billion people. China has turned Australia into a virtual mining colony.

After Australia refused to sell uranium to India, New Delhi signed long-term agreements with Kazakhstan and Russia, shutting out the Australia for the next 30 years.

The West is literally being squeezed out.

One reason for its growing irrelevance is that the West’s economic model is sputtering. Banks and financial institutions across the Western world have violated nearly all the 10 Commandments – they have lied to their customers and stolen trillions of dollars. The politicians who are supposed to have protected these unfortunate investors have lied even more and shielded these bank robbers and then rewarded them with hundreds of billions in bailout cash (borrowed from China). US billionaire philanthropist Pete Petersen calls it “carnivorous and animalistic capitalism”.

Another reason why the emerging countries are determined to establish a new system is America’s blatant misuse of the dollar. The US Federal Reserve ‘creates’ money by merely electronically ‘transferring’ trillions of dollars into the US banking system. Even printing bills has been given the go-by. In fact, defying the laws of economics as well as physics, wealth is being created quite literally out of thin air. Financial expert Max Kaiser says, “Countries like Russia, China and Brazil are trying to divorce themselves from the US dollar because it’s a completely toxic currency that’s just right for the counting fraud. It supports an empire that’s just too lazy to compete.”

The BRICS, for instance, have gone into a huddle several times to find a replacement for the dollar and end America’s phoney economics. Even India, whose leaders compete with Britain to cosy up to Washington, has spoken of the need for an alternate global currency. At the very minimum, this means the creation of a new centre of gravity of the world.

Smaller players like Iran have their own axe to grind. In 1953, a US-UK coup ousted their democratically elected leader Mossadeq, causing decades of instability. One of the reasons why Iran is being demonised by the West is that Tehran has been trying to create a petroleum exchange where payments will be accepted in any major currency bar the dollar. Can you blame the Iranians for carrying a grudge?

The West has had its heyday and made too many enemies along the way. Unfortunately its democratic traditions have not benefitted much of the planet. In contrast the model of authoritarian prosperity espoused by Russia and China has yielded dramatic results.

The transition to a post-Western world has started – and you have front row seats.