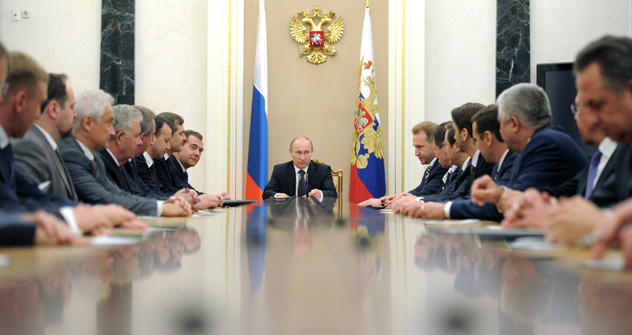 President Vladimir Putin replaced the unpopular education and health ministers, renewed most of the economic bloc, formed two new offices and split one ministry in the new Cabinet, which was announced on Monday.

The head of the Moscow Institute of Steel and Alloys, Dmitry Livanov, was appointed the new Education and Science Minister in place of Andrei Fursenko, who has been criticized in the press for his widely questioned attempts to reform the country’s education system.

New additions to the Cabinet, which now has 21 instead of 19 ministers, include the Far East Development Minister, a job that went to Viktor Ishayev, who was also made Putin’s envoy to the Far Eastern Federal District.

Related: Russia’s new Cabinet to be announced in late May

Another new entry is Mikhail Abysov, who is now Minister for Open Government. The open government, also known as the big government, is a semi-formal project by former President and current Prime Minister Dmitry Medvedev aimed at uniting experts and analysts and providing the real government with better feedback from the populace.

Other appointees include Vladimir Puchkov as the new Emergency Situations Minister and Vladimir Medinsky as the Culture Minister. Alexander Konovalov and Vitaly Mutko retained their respective jobs as Justice and Sports, Tourism and Youth Policy Ministers.