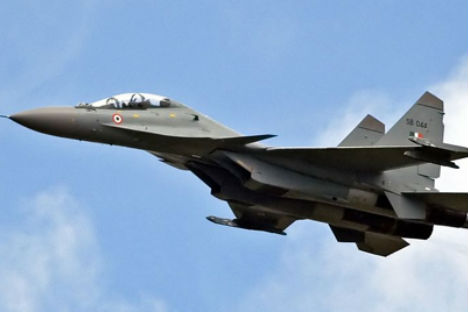 What are the leading tendencies of the Russian aviation industry for the next ten years - an expert ponders.

The leading tendency of the next ten years will be the reorientation of the aviation industry from exports to the internal market. According to Makienko, it is linked to the drastic increase of the volume of aviation equipment purchased for the Russian Air Force as well as the expected concurrent drop in the external demand.

The drop in exports will be primarily driven by the end of the Chinese purchase orders and the saturation of the Indian market where the Su-30 MKI program has passed its peak. Besides India, the demand will center around South-East Asia, but naturally that size of that export will be quite smaller than the procurement for the Russian Air Force and the Naval aviation, as well as the huge Chinese and Indian contracts of the late 1990s- early 2000s.

At the same time in the event the necessary political decisions are made and the escalation of the Il-476 project Russia's reentry to the Chinese market is possible. For that purpose the Chinese Air Force and Navy should be offered attack aircraft with a high anti-ship potential, such as modernized Tu-22M3 and Su-32/34. Besides that, if the Il-476 project shows positive dynamics in the next couple of years, one can hope for the restoration of the 2005 contract to purchase 38 Il-76/78 that was not fulfilled due to a number of financial and production related reasons.

The drop in external demand will be well compensated by the procurement for the Russian Air Force and the Navy. Over the last few months, orders have been placed for 92 Su-34 fighter-bombers, 24 MiG-29K carrier-based fighter aircraft and 30 Su-30 CM multipurpose fighter aircraft. According to some sources, the State Rearmament Program 2020 envisions the acquisition of 600 tactical aviation aircraft.

In such circumstances producing a long-term strategy of developing the aviation industry after 2020 when the current 2020 program expires, becomes a matter of principle. With the current state of things in 2020 Russia will have only two competitive products with a good commercial potential – that is the T-50 heavy fighter and a family of trainer/light attack aircraft based on Yak-130. It appears that the development of the Russian aviation industry during this planning period will largely depend on the ability to solve two main tasks in the near future. The first task is to develop a competitive product (for the period after 2020) in the segment of commercial aviation. The second task is to develop a relatively simple and inexpensive combat aviation complex, or a «light» fighter plane that would be able to effectively compete with F-35.