The future of the world nuclear energy industry 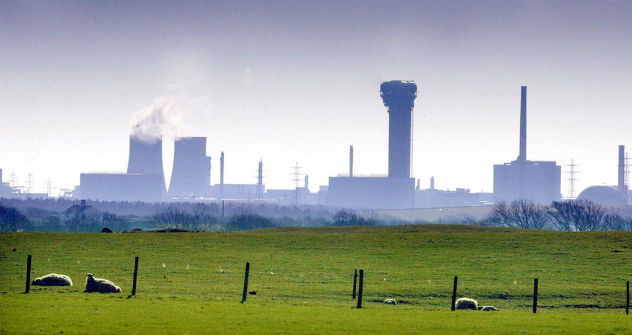 According to Rosatom estimates after the Fukushima-1 disaster the number of units under construction might be reduced by one third, however the overall momentum for the modernization and expansion of NPPs remains steady.

The “Fukushima shock” gave rise to a new wave of interest in the world not only to nuclear energy but to energy industry in general. What is the price to pay if we will give up nuclear energy? What are the prospects for nuclear energy and the alternatives to it?

After the Fukushima catastrophe all nuclear power plant units of the world were subjected to stress-tests, the results of which induced NPP operators to take measures to further ensure nuclear power units safety. It was the systems whose functionality is not liable to regular inspections that were examined during the tests, while the equipment of the units was subjected to trials in configurations not stipulated by the design documentation.

Political elites in different countries of the world took a new look at the nuclear energy’s “prospects for the future”. The two different stands (two sides of the coin) on a new situation can be easily exemplified with the following cases.

On the one hand, there is a cautious approach of a number of developed countries. In Japan proper by the end of March 2012 there was only one out of 55 nuclear power units still in operation, and in April even the last one could be shut down. Germany refused to extend beyond the initially designed time frame the operation of its nuclear power units and is determined to shut down all NPPs by 2022 in conformity with the law adopted back in 2002. Belgium announced the plans of gradual refusal from the use of nuclear energy. Switzerland wouldn’t hold a referendum on construction of new nuclear power plants, while referendum in Italy conducted in June 2011 resulted in “no”-vote.

However, there are two serious obstacles on the path to the realization of gradual refusal from NPPs idea. Above all, the price is too high. For Germany, according to experts’ estimates, it might be equivalent to 65% of annual GDP, or 1.7 trillion Euros for the period till 2030. The second obstacle is the necessity to compensate for the loss of energy production: the countries will have to heavily rely on the import of either electric power or extra volumes of energy resources. What is implied, above all, is the import of electric power produced by foreign nuclear power plants therefore Germany will have to pay French NPPs for electric power supply. In the second case it turns out to be necessary to negotiate with Russia and Middle East suppliers, which very often runs contrary to the policy proclaimed by some countries.

Another trend in political mood is manifested in the policy pursued by the U.S., France, BRICS member-states and many “third world” countries. According to Rosatom estimates after the Fukushima-1 disaster the number of units under construction might be reduced by one third, however the overall momentum for the modernization and expansion of NPPs remains steady: suffice it to compare the statistics of February 2011 (before the tsunami) with the statistics a year later.

The construction of new NPPs will continue despite the situation around the troubled Fukushima-1 NPP in Japan. Yukiya Amano, a Japanese diplomat and IAEA Director General said in July 2011 that he didn’t “rule out some slowdown of nuclear energy development rates because the incident has had a negative effect on its perception by public-at-large”.

On February 9, 2012 the U.S. Nuclear Regulatory Commission endorsed for the first time over 30 years the construction of new nuclear reactors in the country. In February the U.S. Department of Energy released a new research program “Sustainability of light-water reactors” which is aimed at studying the possibilities of extending the life of 104 American reactors beyond 60 years.

Similar mood prevails in France. In 2011 nuclear energy accounted for 78% of total electric power production in the country. Plans of another 10 power units’ construction in France and beyond its borders have just been announced. On February 10, 2012 Paris hosted the meeting of a new association members representing 12 EU countries continuing NPP exploitation (France, United Kingdom, Spain, the Netherlands, Sweden, Finland, Czech Republic, Slovakia, Slovenia, Hungary, Romania, Bulgaria) and 4 countries having NPP construction in the pipeline (Poland, Lithuania, Estonia and Latvia). The new informal association was established with a view to supporting nuclear power industry development.

The Fukushima-1 tragedy hasn’t impacted long-term energy policy of Russia, China, India and South Korea who reaffirmed their priorities in energy industry development. Out of 63 reactors under construction in the world as of March 26, 2012, 26 are in China, 10 – in Russia, 7 – in India and 3 – in South Korea. In 2011, 17 countries, including Saudi Arabia which has ambitious plans, announced their intentions to construct nuclear reactors. Upon the results of 2011 Rosatom reported the increase of the number of foreign contracts for the supply of Russia-made nuclear reactors from 12 to 21. Before 2030 there will be constructed in the world new NPPs with total output capacity of about 400-450 gWt (the third of it will be compensating for the shutdown of morally and physically depreciated units).

Such kind of “political determination” of the majority of the states makes us think about motivations backing up these countries’ commitment to their long-term energy strategies.

Three factors make the focus on nuclear energy inevitable. Firstly, it’s the ultimate depletion of hydro-carbon resources. According to the BP experts’ estimates made in July 2011, the world will run out of oil after 46 years (Russia – after 21 years) and gas – after 59 years (Russia – after 76 years). At the same time global energy resources consumption is expected to rise by 60% already in 2030.

Secondly, contamination of the environment dictates the necessity to switch to more environmentally-friendly energy. The ongoing global warming leads to the rising of a sea level, devastating hurricanes and, paradoxically, to spells of noticeable chill during some winter months because of the failure of natural balances. The Kyoto protocol of 1997 (or its alternatives in the near future) testifies to the acknowledgement of imminent phasing out or modernization of some industries of energy sector, coal industry, for example. Therefore, “it’s too premature to give up nuclear energy. It remains to be one of the options for development, in fact, reducing greenhouse gases negative effect on the climate system”, - said Aleksandr Bedritsky, President’s special representative on climate issues. According to experts’ estimates, the refusal from nuclear energy will increase carbon-dioxide emissions by 370m tons in the period to 2020.

The third argument is purely economic. Higher cost of nuclear facilities can be explained by additional investments into NPP’s safety systems. That said, under these circumstances the economic attractiveness of this type of energy sector remains to be high because the investments in it are recouped much faster and its heating efficiency in comparison with other heat generating alternatives is record high (about 80%) which makes nuclear energy the most reliable component of industrial development. The efficacy of nuclear power allows us, among other things, to use it for forging research in the sphere of alternative sources of energy.

Is there a safe haven?

There is no silver bullet which could save humanity from industrial and transport accidents. Hard work and competent handling of sophisticated equipment at any level give us hope for that. Initially, people produced energy from chemical reactions, in the first place, through combustion. In the beginning it used to be coal replaced later by gas. One kilo of coal produces 7 kW/h of power. Gas produces twice as much. With nuclear energy the productivity has leapt by 10 thousand times, i.e. one kilo of uranium can put out 120 thousand kW/h of electric power. Current stage of nuclear power industry development is only the beginning NPP evolution in the 21st century. The next stage will be the transfer from heat neutrons to fast neutrons. The creation of nuclear energy closed cycle based on cardinally new state-of-the art fast neutron reactor technologies will allow the two-hundredfold growth of energy efficiency and the use of uranium-238 the quantity of which on the Earth is 140 times higher than of currently exploited uranium-235. The third stage the mankind is to embark on is the thermo-nuclear synthesis. The pilot project of a thermo-nuclear reactor should be realized by 2018 in Cadarache (France). The International Thermo-nuclear Experimental Reactor (ITER) project co-sponsored and co-financed by all industrially developed countries is an advanced project for the second half of the century perspective with the transition to the use of practically renewable source of energy – hydrogen which is inexhaustible and affordable for the mankind.

We should be hopeful that new technical solutions will allow people to overcome the “syndromes” brought to life by catastrophes of the past and find an optimal combination of the components of the future energy industry that will give a clear and safe perspective.