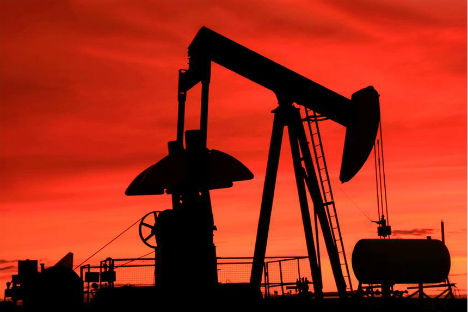 A four-way oil swap between India, Russia, Japan and the Gulf producers would be a win-win situation for New Delhi and Moscow, a noted strategic expert said Monday.

"Japan imports the bulk of its oil from the Gulf but this has to travel a long way. If Russia meets Japan's oil needs, what it would otherwise buy could go to India. Simultaneously, India must increase its exposure in Russia's energy sector. It'll be a win-win situation for India and Russia and the other players involved," Prabhat Shukla, joint director of privately-funded think-tank Vivekananda International Foundation.

"In this way, India-Russia trade will also be boosted," Shikla, a former ambassador to Russia, said in his keynote address at an international conference on "Emerging Geo-political Trends in Asia: Prospects and Challenges for India-Russia Relations", organised by defence ministry-funded think-tank Institute for Defence Studies and Analyses (IDSA).

He also felt there was greater scope for India-Russia cooperation in the areas of defence and the future of Afghanistan.

On Afghanistan, despite tremendous convergence of views, "I can't see why we are not tackling the issue together", he said.

Despite this, India-Russia relations were "very good, very solid, very stable. Whenever we have faced a systematic problem, we went to Russia and we were never let down", Shukla said.

In this context, Shukla cautioned the West against pursuing policies that could push Russia closer to China.

"It doesn't suit the West to push Russia on issues like the ballistic missile defence shield. This will only push Russia closer to China," he said, adding: "India has absolutely no interest in a confrontation between the West and Russia."

Speaking on the occasion, Alexander Lukin, vice president of the Russian foreign ministry's Diplomatic Academy, said India was "very important" for his country both at the bilateral and multilateral arenas.

Toward this, he noted that while Russia supports India's bid to become a full member of the Shanghai Cooperation Organisation (SCO), "our great Chinese friends are not too enthusiastic".

According to Lukin, Russia's foreign policy has become more consistent and pragmatic.

"It is neither pro-West nor pro-East. It is pragmatic. China became out first trading partner in 2010," he said.

Welcoming the participants, IDSA Director General Arvind Gupta said that the geopolitical scene was gradually shifting from the West to East, adding that despite the contours not being well defined, India, Russia and China in particular are emerging as important players.

"It is now fashionable to say that power is shifting from the West to the East. Russia, India and China are destined to play a major role in shaping the global order. This will see the emerge of an Asian security order," Gupta said.