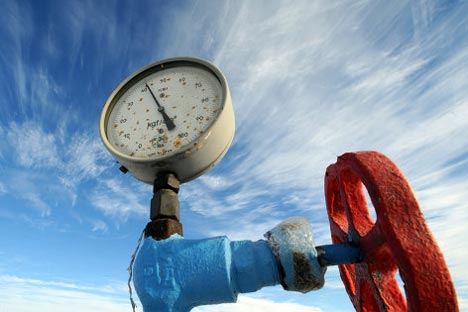 The TAPI holds attraction for India for a variety of reasons other than the most obvious considerations of energy security.

There is a South and West Asian dimension, too, to the United States’ approach to the TAPI in the current circumstances. One major difference between the 1990s and now is that the US has become a virtual “South Asian power” – on the one hand, by building the sinews of a strategic partnership with India, while on the other hand, establishing a long-term military presence in Afghanistan. Today, the US loses no opportunity to proclaim itself to be a stakeholder in amity between India and Pakistan. Again, TAPI fills the bill in this grandstanding as an arbiter for peace and security in South Asia.

Furthermore, Washington estimates that the TAPI is just the sort of regional project that would stimulate Pakistani thinking to incrementally abandon its longstanding policy of power projection into Afghanistan, which Taliban tap into and, in turn, poses a serious challenge to the consolidation of US presence in Afghanistan. Clearly, an enduring settlement with the Taliban can be worked out only with Pakistan’s cooperation and Washington expects that the TAPI might induce such a process since Pakistan’s energy security situation is very, very acute and the energy supplies from Turkmenistan would go a long way to meet the shortages in Pakistan.

Above all, the US expects that the TAPI will render redundant the need for Pakistan or India to have any serious dalliance with Iran in the field of energy. In turn, TAPI frustrates Iran’s keen attempts to integrate into the Asian energy market despite the US sustained efforts to isolate Iran. One reason behind the accelerated pace of TAPI in the past one-year period has been that Pakistan was threatening to defy the US diktat and go ahead with the Iran-Pakistan pipeline project come what may. The TAPI is expected to encourage Pakistan to mothball the Iran pipeline project for the conceivable future.

Did Iran shoot itself at the foot? The question becomes inescapable. The answer is both ‘yes’ and ‘no’. The plain truth is that Tehran drove a needlessly hard bargain with Pakistan and India over the price at which it would sell gas. The haggling went on for far too long and it certainly dispirited the Indian establishment and contributed to New Delhi’s decision to turn away from the Iran gas pipeline project.

Turkmenistan, in comparison, has shown commendable flexibility in its eagerness to diversify its markets. Thus, at the present fuel prices, Turkmen gas would cost $10-$12 per unit in India (including transit fee and transportation charge) which compares by far favorably with the average of $16 for liquid gas imported in ships. The Pakistani media have cited the petroleum minister in Islamabad claiming that the Turkmen gas would cost less than what was being paid for Iranian gas.

Added to this, the independent British auditor Gaffney, Cline & Associates estimates that the South Yolotan may hold up to 21.2 trillion cubic meters of gas, which means it is the second largest reserve of gas in the world after the South Pars field (which is shared between Iran and Qatar) that was originally earmarked as the source of supply of gas for a pipeline leading to Pakistan and India.

New Silk Road gets a votary

Over the years India has come to put its faith in the TAPI project, especially after its disengagement from the Iran pipeline proposal. The TAPI holds attraction for India for a variety of reasons other than the most obvious considerations of energy security. For one thing, TAPI brings India for the first time into the big league of outside powers active on the Central Asian chess board. Through the post-Soviet period, despite all the big talk about the high importance attached to Central Asia in New Delhi’s foreign policy calculus, the Indian presence on the ground was actually quite negligible. Aside the breakthrough of some sorts in the most recent years in the nature of cooperation over uranium supply by Kazakhstan, there is very little content in India’s relations with the Central Asian states.

However, the benign neglect of the region in the Indian policies is undergoing a change. The credit goes to some extent to the US in persuading India to pay greater attention to the region. The topic of cooperation in Central India today forms an important vector of the US-Indian strategic dialogue at the foreign-ministry level. But New Delhi didn’t need any real US prompting. India is keen to tap into the region’s mineral resources. The rapid expansion of Chinese influence in the region has also startled India. The spirit of competition bordering on rivalry with China prompts Indian policymakers to pay greater attention to regions where there is a lengthening of the shadow of Chinese presence. Africa is a classic example.

Thus, India has become a votary of the US’ New Silk Road project, although it may not voice it explicitly and fights shy of using the terminology “New Silk Road”, given its strong ties with Russia. In fact, it was during a visit to India last year that the US Secretary of State Hillary Clinton first fleshed out for the international audience the parameters of the New Silk Road project. The US diplomats nowadays routinely cite Clinton’s speech at the southern Indian city of Chennai last year as the gospel on the subject. At the Istanbul conference on Afghanistan last November, India stood up to be counted as a supporter of the New Silk Road project when the US initiative had no serious takers in the region. Since then, the Indian officials have been referring to the project in a favorable light during their pronouncements over Central Asia and Afghanistan.

The bottom line is that, as New Delhi sees it, India could turn out to be the biggest beneficiary if the US succeeds in its project to bring Central Asia and South Asia together with Afghanistan as the hub. At the very least, the US efforts could augment India’s objective of strengthening its toehold in the Central Asian region, which itself is opening up to the winds of globalization. There is no animus against Russia intended here, but the Indian establishment seems to factor in that the Russian influence in Central Asia is in inexorable decline and China’s shadows are, on the other hand, lengthening. Unsurprisingly, India is inclined to favor the continued US military presence in Afghanistan in the post-2014 scenario.

The TAPI brings together these unspoken impulses guiding the Indian policies. Equally, TAPI is also a rare instance of regional cooperation, which involves Pakistan. Most certainly, India pins hopes that in the fullness of time projects such as TAPI will persuade Pakistan to jettison its historic negativism toward providing India with an access route to Afghanistan and Central Asia.

From the Indian policy objective, the optimal thing to happen will be if there is direct US involvement in the TAPI in some way, which would guarantee that Pakistan fulfills its contractual obligations and places itself on the “right side of history” instead of pursuing adversarial policies. As Nuland noted, “I frankly don’t know whether we have commercial involvement in this [TAPI project], but we have been supportive politically and we stand by to be supportive in other ways if asked.” The statement conveys the impression that the US is indeed gearing up for direct involvement in TAPI. The TAPI being (supposedly) the flagship of the New Silk Road project, it can’t be otherwise. How this pans out will be of immense consequence to the geopolitics of Central Asia and South Asia.

The Indian government has added a rider that the leader of the builder-operator consortium involving the 4 participating countries be selected through a global bidding based on transport tariff. It has left it to the ADB to decide on the options regarding the leader selection process after consulting potential consortium leaders and financiers. According to reports in the Russian media, India has made it clear that it won’t countenance China’s participation in the construction of the TAPI pipeline, no matter China’s valuable experience in the field in Central Asia and in Pakistan. (China has also secured exploration rights for oil in Afghanistan.) But according to Pakistani statements, ADB has encouraged a role by China in the TAPI. Pakistan, being the “all-weather friend”, is doubtless enthusiastic about China’s participation in the TAPI from any quarter.