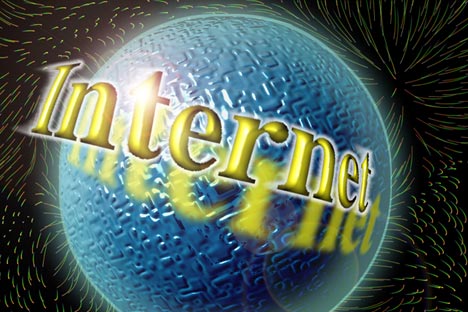 Russia backed by China and India is pushing through a takeover of the internet by a UN supranational agency to make the web truly universal. The aim of the plan is to standardize the behavior of countries concerning information and cyberspace.

Leading emerging economies supported by other United Nations members initiated the discussion around handing over internet regulation to a UN agency. At present it is controlled by private shareholders.

BRICS countries China, Brazil, India and Russia share the belief that the Geneva-based UN agency the International Telecommunication Union (ITU) would do a better job if put in charge of international cyber security, data privacy, technical standards and the global web address system.

‘Hands off our web’

This week the US House of Representatives prepares to vote on the proposal and the expectations are, there will be no great uphill struggle.Washington opposed UN regulation of the internet just weeks after the “international code of conduct for information security” was submitted to the General Assembly

Commander of US Cyber Command Army Gen. Keith Alexander said “I'm not for regulating, per se. I'm concerned about it, and this is a tough question.”

Gen. Alexander stressed that instead of expecting action from the UN, sovereign states should better secure critical infrastructure and government networks without official regulation.

The American side admits that the current multi-stakeholder system gives maneuver space to nonprofit organizations worldwide instead of governments. Nonprofits are the indispensable element of American “soft power” over the world and it is highly doubtful they could be sacrificed that easily.

The head of the US Commerce Department’s National Telecommunications and Information Administration Larry Strickling has been categorical, saying in the regulations supposed by the initiative “it is really the governments that are at the table, but the rest of the stakeholders aren’t.”

On April 19, US Congress adopted Resolution 628 “expressing the sense of the House of Representatives that the United States should preserve, enhance, and increase access… to an open, global internet”.

The ITR is a legally binding international treaty signed by 178 countries.

Recalling that the ITU is one of the oldest international organizations (an extension of the International Telegraph Union established in 1865), Putin said that “Russia was one of its co-founders and intends to be an active member”.

Among many issues on the global agenda that require international cooperation, Putin stressed the importance of the internet in particular.

That was the beginning. Three months later, in September 2011 China, Russia and several other countries submitted to the UN a Document of International Code of Conduct for Information Security.

Drafted as a formal document of the 66th session of the General Assembly, the paper called on UN Secretary General Ban Ki-moon to distribute the document among all UN member states for further discussions within the framework of the United Nations.

This initiative could guarantee a “multilateral, transparent and democratic international management of the internet”, the paper said.