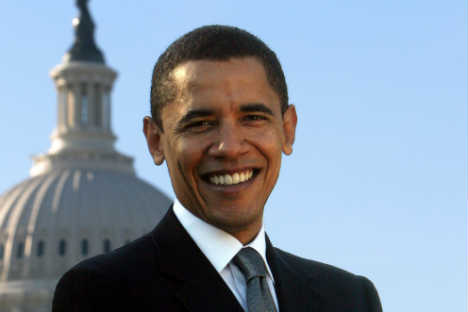 The big issue is how would Obama maneuver if he took a pounding from Romney on the economy. There isn’t much actually that Obama can do on the economy at this point in order to look good through the November election.

Two reports of the United States Government released this week suggest that the recovery of the American economy may be losing momentum. The employment report on Friday by the Labor Department reported that the economy added fewer than half the number of jobs in terms of the market expectations and an acute long-term unemployment problem remains with a total of over 40 percent of the unemployed having been out of job for more than six months.

A report by the Commerce Department on Thursday lowered the economy’s growth estimate to 1.9 percent from the estimated 2.2 percent, which in itself was lower than the actual 3 percent growth in the last quarter of 2011.

Equally, Christian Science Monitor looks at the grave implications of the gloomy economic forecasts for President Barack Obama’s re-election bid. It says that for Obama, “fighting for his political life in a tight reelection race, now is a particularly risky time for a bad jobs report.”

The daily takes note that over the next 2-3 months, public opinion will harden “as to whether Obama’s management of the economy is good enough to maintain support or whether people start to think they better try” Mitt Romney.

For the rest of the world, too, the stakes are high. The big issue is how would Obama maneuver if he took a pounding from Romney on the economy. There isn’t much actually that Obama can do on the economy at this point in order to look good through the November election.

Being a gifted politician, though, he might well decide he could have some use for the “hot spots” in the world. When world leaders wish to turn away from travails at home, they often turn to foreign affairs. The Middle East is a theatre where Obama could display his shining leadership qualities. Indeed, the US rhetoric is sharply rising over Syria. The US ambassador to the United Nations, Susan Rice, who is close to Obama, hinted at the possibility of intervention in Syria without a mandate from the Security Council.

Indeed, Obama has developed cold feet on the engagement of Iran. The P5+1 talks with Iran are at a most sensitive phase with the Moscow round coming up on June 18, but Obama has apparently lost interest and has instead turned to claiming credit for attacking the Iranian computer systems with viruses. Bizarre timing for such media leaks, isn’t it?

Why is Obama behaving like Sisyphus in the Greek mythology? Or, is there a game plan, as a Russia Today commentary outlines? Dangerous months lie ahead between now and November.