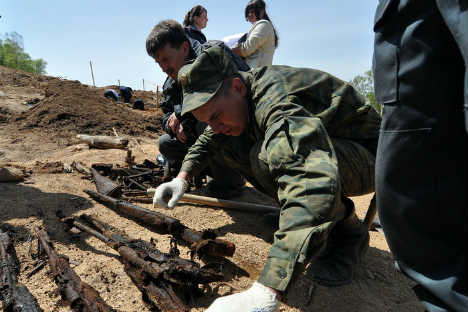 APEC leaders to convene in September on Russky Island which houses historical fortification lines of the fortress city of Vladivostok.

Once you leave a dirt road on the isle of Russky, near Vladivostok, it takes just a few minutes to reach a clearing in the forest where the mighty towers of the Voroshilovskaya battery. The battery is located in a forest next to the venue for the September summit of APEC leaders.

The battery was built in the 1930s. It is one of the last large batteries of the Vladivostok fortress, a unique fortification system in Russia’s easternmost outpost. It is owing to these military defenses that Vladivostok was considered one of the world’s most unapproachable sea fortresses in the late 19th and early 20th centuries.

Russky was controlled by the military for decades, and was closed to the public. The Island opened to the public in the early 1990s and Primorye residents were finally able to become acquainted with the Vladivostok Fortress, a unique historical monument. 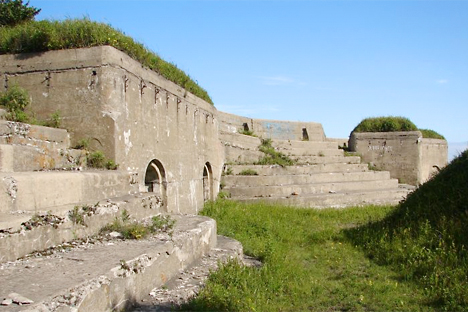 Developing Vladivostok was primarily a military challenge, and due to its location, the city was built as a fortress.

“It was easy to get from here to the Amur River basin and then to Siberia, which made it a crucial transportation center,” explains Vladimir Kalinin, the author of the book Vladivostok Fortress. “Vladivostok became even more important when a military port was transferred there from Nikolayevsk-on-Amur in 1871.”

The main potential threats to Russia’s far eastern dominions were Britain and, later, Japan. The troubled times made it necessary to create a fortified outpost on the far eastern border of the country.

“The construction of the fortress was launched by Russian military engineer Pavel Unterberger. He dedicated 40 years of his life to developing Siberia and the Far East and was later appointed governor of Primorye for his excellent service,” says Kalinin. “Vladivostok had problems with its work force and the situation has changed little since then. Most of the builders were brought from European Russia and were paid significant wages. But Unterberger initiated hiring Chinese workers, who were engaged in the simplest construction operations. The tsarist government spent generously on the fortress, injecting 30 million rubles in gold into the project in 1910-1915, which was a colossal sum at the time.

The scope of the project was unprecedented in Russia, and mechanical means and electric power units were employed in construction. For instance, they were using aerial cables to deliver construction materials uphill.

“The design of the fortress is the most exciting thing. It became clear at that time that the fencing system was outdated, and new series of forts were built to secure larger areas. In the west of the Russian Empire these included Novogeorgievskaya Fortress (currently in the village of Modlin in Poland), Grodno (Belarus), Kaunas (Lithuania), and Warsaw (Poland), and then there was Vladivostok in the east,” says the historian.

The construction project employed many innovations. Peter the Great Fort No.2 was a true masterpiece and remains the largest land fort in the world. 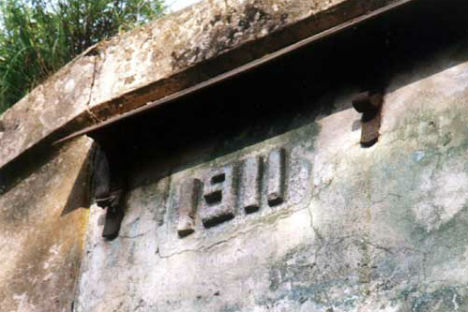 In the 1880s-1910s, 12 forts and several hundred other fortifications were built, scattered throughout Russky and the southern part of the Muravyev-Amurski Peninsula.

The military power of the fortress was so imposing that the Japanese never dared attack the city during the Russo-Japanese war. Later, in 1918, when foreign troops landed in Vladivostok and the city’s defenses became almost inoperable, a Japanese newspaper wrote “the gun aimed at Japan’s chest is no longer loaded.”

In 1923, Soviet power came to Primorye. In the 1930s, new fortifications were added to the chain of forts. It was at that time that the Voroshilovskaya Battery was built. Currently the battery is a branch of the Pacific Fleet museum and Russia’s only preserved battery of 305mm cannons. Many of the fortifications were used by the military up until the late 1990s. Some of them are still occupied by military units.

How to preserve the monument 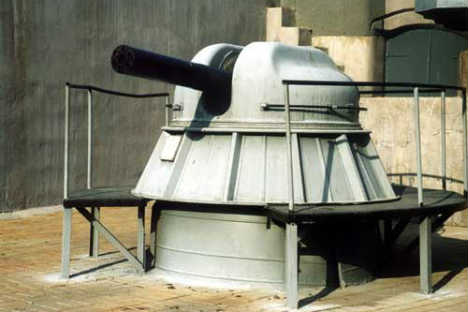 In the early 1990s when the USSR ceased to exist, many military units were disbanded and Russky Island was opened to the general public. Despite a presidential decree on the protection of the Vladivostok Fortress facilities, metal collectors and hunters for “tsar” bricks began to tear the monument to pieces. Only one facility – the Bezymyannaya Battery – was turned into a museum. The rest remain virtually unattended, and the fortifications are crumbling and falling into decay.

However, there are people in Vladivostok who care about their country’s legacy. “Our club is small, we have about a dozen enthusiasts,” says blogger Sergey Orlov, a member of the KFSS diggers club. “We mostly carry out outreach campaigns – we take pictures of the forts and invite volunteers to work in the fortress. But this is not enough to safeguard the monument against devastation and vandalism.”

According to him, there are several organizations and societies in Vladivostok that have made it their goal to preserve the fortress, but state support is required.

“Vladivostok Fortress is a giant complex that included 122 facilities, many of which consist of many units. It has more than 500 concrete facilities. The city of Vladivostok stands inside a fortress. Our agency is doing its best to prevent destruction, but this is complicated by the considerable distance of these facilities from the city,” says Anna Myalk, who works for the far eastern branch of the Agency for the Management and Utilization of Cultural and Historical Monuments with the Ministry of Culture. “Red tape is another obstacle. We filed applications to use some facilities in the fortress two years ago, but they remain unprocessed.” 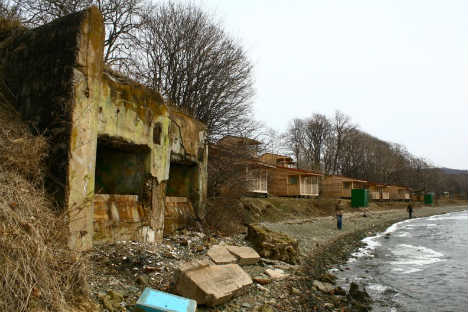 Private initiative could be of help, however.  In order to find an investor who would be ready to turn the fortress into a tourist attraction, the state should adopt clear and simple rules of the game.

As a tourist attraction, the fortress could prove a real gold mine. Russia’s eastern neighbors have had a similar experience – there are chains of fortifications in China that were built by the Japanese in the 1930s. The Chinese government gave a grant to Harbin University researchers to study the history of the fortifications in the vicinity of Dongying, Hailar and Hutou. Based on their findings, the Chinese plan to create museums to attract more tourists.