Back to Moscow: Lessons learned living at "home" 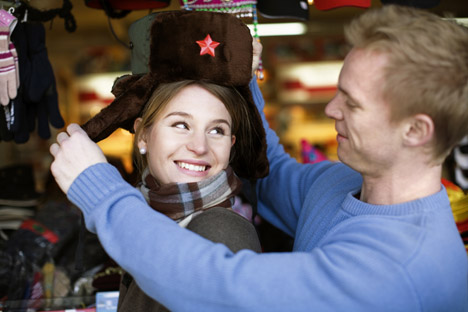 My husband likes to say that there is no thing so permanent as that which is temporary, and yet for us it seems the reverse has been more often true.

I have a very clear memory of one afternoon lying on the sofa in my Moscow apartment, looking out the window at the White House, just across the road, and thinking “Make the most of this. It won’t last forever.” Of course as an expat, that feeling of living on borrowed time is nearly ever-present. Recently, though, I had that feeling again, watching L play soccer on a sunlit field on a warm spring afternoon, thinking that for all the difficulties I’d experienced in Washington, there were a lot of advantages, too. And although we had never planned on making DC a permanent home, that wouldn’t be the worst thing in the world. Of course, not long after that we learned that we would be moving back to Moscow.

Moving is never easy, even when it is a good thing on all fronts. And especially for someone as change-averse as I am, it is a time for reflection. As I prepare to go back overseas, it seems like as good a time as any to consider what I learned during these four years stateside, and what lessons I hope to carry with me going forward.

What makes us American or Russian or something else? I think it isn’t at all about where you are born. A great deal has to do with the way your parents talk about the place you live and the place you are “from.” I have dear American friends in Moscow who are proud of their Texas roots and make an effort to connect their children to that heritage. In contrast, my husband and I neither one feel a deep bond with a particular part of the United States and so when we talked to our children about the U.S., it was always in terms of family members we would visit there rather than places we would go. While that may have helped our children feel close to distant relatives, it didn’t make them really identify as American. Back in the U.S., we spoke very fondly about our life in Russia, but our children knew they weren’t Russian. I’ve written before about hoping my children consider themselves citizens of the world, but did we do a disservice to them in failing to build for them a national identity? I don’t know. There’s a fine line between patriotism and nationalism, but I’m not really sure that I’m a fan of either. Now my daughters know that they were born in the United States and that makes them American. Do I need to infuse that word with any more meaning?

Make the most of the chances you are given

I have spent way too much time in life choosing to be unhappy. It’s easy to wallow in self-pity because you didn’t get your way, or situations didn’t turn out as you expected. It’s harder to, in the words of the serenity prayer “accept what you cannot change,” and harder still to choose to truly enjoy whatever circumstances life throws your way.

I didn’t make the most of my time in Washington. I like to think that I did ok. I spent one winter taking my daughters to museums every Sunday afternoon. I did some charity work for their school. I got really involved in triathlon. But I know the first year of my life here was a write-off, and I regret it.

During the four years I lived in Washington, my mother survived a serious illness and my grandfather died. While I will always be thankful that I was in a place where I could help my family during those difficult times, what I really learned was that the connections between a close family have nothing to do with proximity. The bonds formed by shared experiences and memories and stories passed down from generation to generation are not weakened or made stronger because conversations take place via Skype rather than face to face. My relationship with my extended family was really unaffected by the fact that I was a several hours drive away rather than a 10 hour flight.

And, finally, the most important lesson: Life is too short to do anything except be where you want to be doing what you love

For us, that means going back to Russia.