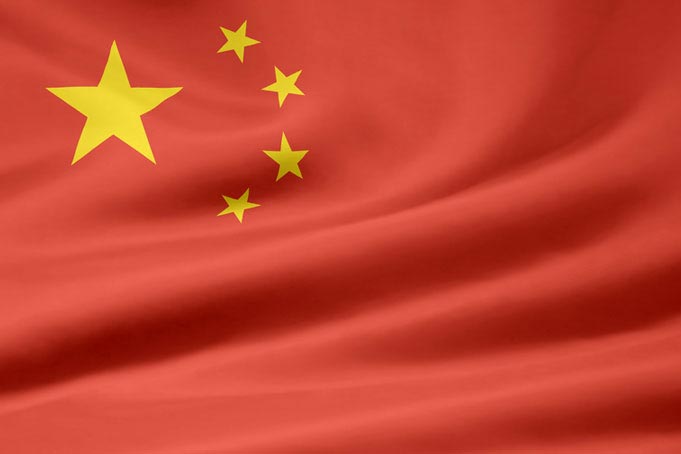 China has a choice: it can either accept Western values, or it can try to carve out an East Asian sphere to insulate itself from them.

Is China poised to become the world's next superpower? This question is increasingly asked as China's economic growth surges ahead at more than 8 percent a year, while the developed world remains mired in recession or near recession. China is already the world's second-largest economy and will be the largest in 2017. And its military spending is racing ahead of its growth in gross domestic product.

The question is reasonable enough if we don't give it a U.S. twist. To the American mind, there can be only one superpower, so China's rise will automatically be at the expense of the United States. Indeed, for many in the United States, China represents an existential challenge.

This is way over the top. In fact, the existence of a single superpower is highly abnormal and was brought about only by the unexpected collapse of the Soviet Union in 1991. The normal situation is one of coexistence, sometimes peaceful sometimes warlike, between several great powers.

For example, Britain, whose place the United States is often said to have taken, was never a "superpower" in the U.S. sense. Despite its far-flung empire and naval supremacy, 19th-century Britain could never have won a war against France, Germany or Russia without allies. Britain was a world power more than a superpower — one of many historical empires distinguished from lesser powers by the geographic scope of their influence and interests.

The sensible question, then, is not whether China will replace the United States, but whether it will start to acquire some of the attributes of a world power, particularly a sense of responsibility for global order.

Even posed in this more modest way, the question does not admit of a clear answer. The first problem is China's economy, so dynamic on the surface, but so rickety underneath.

Analyst Chi Lo lucidly presents a picture of macro success alongside micro failure. The huge stimulus of 4 trillion yuan ($586 billion) in November 2008, mostly poured into loss-making state-owned enterprises via directed bank lending, sustained China's growth in the face of global recession. But the price was an increasingly serious misallocation of capital, resulting in growing portfolios of bad loans, while excessive Chinese household savings have inflated real estate bubbles. Moreover, Chi argues that the crisis of 2008 shattered China's export-led growth model, owing to prolonged impairment of demand in the advanced countries.

China now urgently needs to rebalance its economy by shifting from public investment and exports toward public and private consumption. In the short run, some of its savings need to be invested in real assets abroad and not just parked in U.S. Treasuries. But in the longer term, Chinese households' excessive propensity to save must be reduced by developing a social safety net and consumer credit instruments.

Moreover, to be a world economic power, China requires a currency in which foreigners want to invest. That means introducing full convertibility and creating a deep and liquid financial system, a stock market for raising capital and a market rate of interest for loans. And while China has talked of "internationalizing" the yuan, it has done little so far.

"Meanwhile," Chi writes, "the dollar is still supported by the strong U.S. political relations with most of the world's largest foreign-reserve-holding countries." Japan, South Korea, Saudi Arabia, Kuwait, Qatar and the United Arab Emirates all shelter under the U.S. military umbrella.

The second problem is one of political values. China's further ascent will depend on dismantling such classic Communist policy icons as public-asset ownership, population control and financial repression. The question remains how far these reforms will be allowed to go before they challenge the Communist Party's political monopoly, guaranteed by the 1978 Constitution.

Two important cultural values underpin China's political system. The first is the hierarchical and familial character of Chinese political thought. Chinese philosophers acknowledge the value of spontaneity but only within a strictly ordered world in which people know their place. As the "Analects of Confucius" puts it, "Let the ruler be a ruler, the subject a subject, a father a father and a son a son."

There is also very little belief in the sanctity of human life. According to certain Buddhist concepts, there is no difference between humans and animals and plants. A pledge to protect human rights was written into the Chinese constitution in 2004. But as the recent case of the blind dissident Chen Guangcheng illustrates, this is mostly a dead letter. Similarly, private property ranks below collective property.

Then there is the Confucian doctrine of the "mandate of heaven," by which political rule is legitimized. Today, the mandate of Marxism has taken its place, but there is no room for a mandate of the people. Ambivalence about the source of legitimate government is not only a major obstacle to democratization but is also a potential source of political instability.

These historical legacies limit the extent to which China will be able to share in global leadership, which requires some degree of compatibility between Chinese and Western values. The West claims that its values are universal, and the United States and Europe will not stop pressing those values on China. It is hard to see this process going into reverse, with China starting to export its own values.

China has a choice: it can either accept Western values, or it can try to carve out an East Asian sphere to insulate itself from them. The latter course would provoke conflict not only with the United States, but also with other Asian powers, particularly Japan and India. China's best possible future thus probably lies in accepting Western norms while trying to flavor them with "Chinese characteristics."

But neither choice is a scenario for China "replacing" the United States. Nor is this what China wants, by all indications. Its goal is respect, not dominance.

Robert Skidelsky, a member of the British House of Lords, is professor emeritus of political economy at Warwick University.