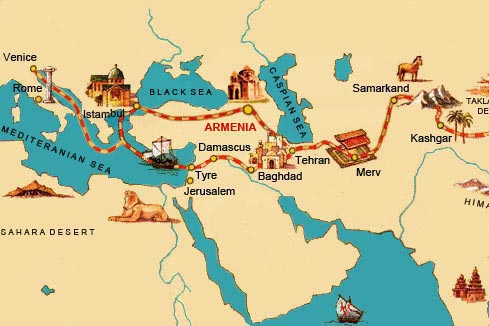 China has a master plan on developing its communication links with South Asia, West Asia and Europe, which is not to be confused with its troubled relationship with India.

A highlight of the Shanghai Cooperation Organization [SCO] summit meeting in Beijing on Wednesday is going to be the Sino-Afghan decision to negotiate a strategic pact. From available details, the pact may provide for security cooperation and a “very significant involvement” in the economic sector.

To be sure, Beijing is working according to a master plan. Institutionally, it created a China-Afghan-Pakistan trilateral forum in February to chalk out 3-way cooperation; it is pushing Afghanistan’s induction into the SCO as an observer country; an SCO ‘contact group’ already exists to work on the Afghan problem. All this is in addition to China’s robust engagement of Afghanistan at the bilateral level, while scrupulously refusing to identify with the US/NATO-led war.

The contrast with India couldn’t be sharper. The mainstay of India’s Afghan policy through the past decade continues to be its “coordination” with Washington’s AfPak strategies. In the post-2014 scenario, too, India seems to be keenly seeking greater “coordination” with the US despite the high probability of the US strategy unraveling.

Interestingly, however, the pundits in the US seem to view India as a fallback option that could serve the purpose of moderating the Pakistani recalcitrance if it becomes insurmountable for Washington to manage that country on its own steam – that is, as a tool kit to “repair the U.S. Pakistan relationship”, as Bruce Riedel candidly pointed out on Monday, rather than as a wholesome partner as Indians seem to think.

Why is it Indian diplomats don’t get the sums right? They wouldn’t think of any other thing so long as the moribund New Silk Road idea is around. One main reason is the absence of a vision. Things remain as esoteric excursions in an intellectual realm, somehow to be dovetailed with India’s ‘defining partnership’ with the US.

Second, the propensity to view regional security in Afghanistan and Central Asia through the prism of the threat perceptions of China cripples Indian strategic thinking. The fanciful forecast by the former army chief V K Singh is a typical example – to the effect that China is going to tunnel an underground passage to Pakistan beneath the Pamir Mountains in the inhospitable Wakhan Corridor.

It beats anyone’s mind why China should do such a devilish, stupid thing when there are so many easier, less expensive, far less dangerous and rational options available. Such as, for example, the proposed railway line it has mooted from Xinjiang via Kyrgyzstan, Tajikistan and Afghanistan which will head toward Pakistan and Iran.

The point is, China has a master plan on developing its communication links with South Asia, West Asia and Europe, which is not to be confused with its troubled relationship with India. Just see the alternate link it is envisaging via Kyrgyzstan and Uzbekistan, which also can be connected to Afghanistan (and Pakistan and Iran).

Or, for that matter, China’s hugely ambitious plan to push a ‘land bridge’ to Europe via Russia that could reduce the journey time by container ships from about 36 days to just 13 days by freight train.

Assuming for a moment that V K Singh is not being extravagantly fanciful in these early days of retired life, the big question is what impedes India from establishing a ‘land bridge’ to Afghanistan to counter China’s invidious conspiracies to “outflank” India in Kashmir. The answer is rather simple. It lies in a 7-letter word: SIACHEN. There is a near-certainty that for as long as India remains obdurate on resolving Siachen dispute, Pakistan will refuse to give access to Afghanistan and Central Asia via its territory. In sum, our strategic thinkers are unable or unwilling to connect the dots on the regional landscape and would rather prefer to indulge in intellectual dilettantism.

China, on the other hand, thought up the brilliant idea of the SCO in the first instance to harmonize its relations with its Central Asian neighbors so that it could put together the underpinnings of regional cooperation that are a prerequisite for the future grand strategy of expansion in South and West Asia. That is how big powers think ahead and plan their geo-strategy. What is the use of an Afghan-Indian strategic pact when India lacks even a communication link with Central Asia? Even President Hamid Karzai would know the answer.