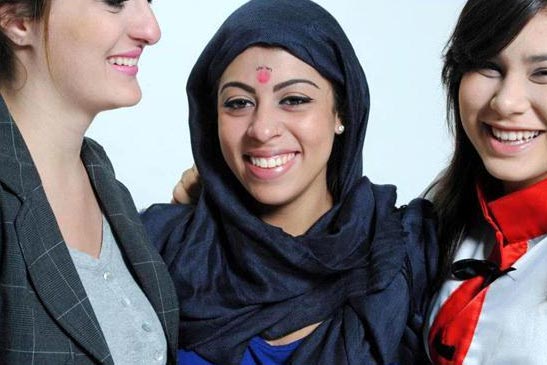 It’s tough to fathom the fact that Moscow and Delhi are officially sister cities, while St Petersburg has a similar arrangement with Mumbai. While Delhi and Moscow are both national capitals and have their fair share of history and India’s financial capital and Russia’s northern capital are both by the sea, there isn’t much else to call these two pairs ‘sisters.’ If there are 2 cities that are really sisters in arms, it’s Moscow and Mumbai.

There are several factors that link Moscow and Mumbai and their inhabitants. The first is the long amount of time people spend in commuting to and from the office. An hour-long train or metro ride after changing lines is the norm in both cities. An enthusiastic colleague of mine in Moscow takes an elektrichka (commuter suburban train) and then changes on to the metro in a 90-minute one-way trip from home to the office. Such long commutes would surprise no one in India’s financial capital, where some people even travel 3 hours to get to work. I recently met a student who claims to take the elektrichka from Tver to Moscow every day. We’re talking of a 2 and a half hour, 160-kilometre commute!

Those living in Moscow and Mumbai and fortunate enough to avoid a long daily commute to work seem to carry snobbish attitudes towards their friends and colleagues living in outlying suburbs. I sense an equal level of snootiness in many people living in the “centre” of Moscow and their counterparts in south Mumbai. These kinds tend to take pride in never having visited the suburbs of their cities, expect when taking a flight out of the country. Moscow’s city centre and the southern part of Mumbai could easily compete with each other in the category of world’s biggest rip-offs when it comes to property prices. There is no reason an apartment in these two areas should be more expensive than one in the city centres of Vienna and Stockholm.

If there is anything that unites Muscovites and Bombayites across class barriers, it is the (lack of) punctuality.  People are always on the run in both cities but despite the running, most of them end up late for appointments, meetings and work. The young ladies of Moscow have mastered the art of running in heels in all 4 seasons and ice and rain puddles are just minor obstacles. So caught up was I with a Muscovite friend in ‘the art of the last minute’ that we dashed across the platform of a railway station to make it into our long-distance train with just about 90 seconds left before departure.

One major factor that contributes to the tardiness in the two cities is the ridiculous traffic. Moscow’s traffic jams can give those in Mumbai a run for their money.  People visiting India’s financial capital come mentally prepared to hear the horns although it takes a tremendous amount of patience and tolerance to not erupt in anger at the sound of constant beeping. While Muscovites tend to be more disciplined with traffic rules, honking isn’t as rare in the Russian capital as it is in other parts of Europe. At a traffic jam near the Red Square, I just smiled helplessly and with a sense of familiarity as I heard the horns go off.

Moscow and Mumbai also have a disproportional share of “wannabes.” The fashionable aunt in Mumbai (equipped with a proper British accent) who never stops talking about her annual European holiday is the perfect match for the Moscow Madame who spends US$200 an hour for yoga at a 5-star hotel for the sake of prestige.  A European colleague with disdain for the nouveau riche and a familiarity with both cities recently commented on how he would have liked to have seen the two prototypes I mentioned in the late-1980s. “One would have been waiting in a queue for tissue paper and the other would have been struggling to maintain an ugly Hindustan Motors ambassador car,” he said. Both cities are flowing in newfound wealth and have a large number of people willing to burn money, much to the chagrin of my friend.

The sisters in arms also have a large of number of migrants and new arrivals. Muscovites ‘love’ Tajik and Uzbek guest workers just about as much as Bombayites ‘adore’ the labourers from the backward states in northern India. However, not all migrants to the cities are blue-collar workers. Many others, who choose to make these great cities home, come for 1 important reason: freedom. There is undoubtedly an air of freedom in Moscow and Mumbai and these are 2 cities that just let people be themselves. For the young, these cities provide a kind of mental space and an environment that is highly conducive to self-development. It’s no wonder that Russia’s capital and India’s largest city are always at the forefront of change and set the leading trends in their respective countries.