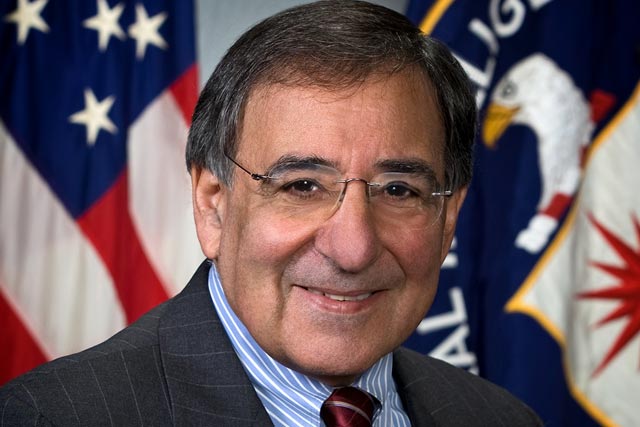 The Pentagon spokesman Kirby underscored that the US-Indian cooperation over the Afghan situation is pretty much optimal as things stand, and the US’ best hope will be to keep things as they are.

The United States Defence Secretary Leon Panetta’s current visit to Delhi has created a lot of media flutter locally, suggesting that a core agenda of his mission is to ask India to step to play a “more active” role in Afghanistan.

But the Pentagon isn’t amused that Indians are spreading the canard that Washington no longer prefers that “New Delhi retain a modest profile in the Afghan conflict, restricted to troop training and infrastructure development.”

Obviously, some overzealous US officials in Panetta’s entourage or their embassy in Delhi tried to create the perfect setting for Panetta’s visit by playing on the Indian vanities. And, in the process, they went overboard.

The Pentagon spokesman John Kirby stepped in to clarify that “the [media] reports have been slightly exaggerated.” Excerpts of his remarks make interesting reading:

“I don’t believe the [defence] secretary asked them [Indians] to do more rather than expressed how much he appreciated the work they were doing to help provide support in Afghanistan… And so I think it was really a statement of appreciation for everything they’ve done and the hope that they’ll continue to stay involved… our [US] engagement in the region is not about bilateral relations only with any one particular country. We’ve long said that security in Afghanistan is a – is tied very closely to our relationship with Pakistan…”

When asked specifically whether Panetta would ask India for a deeper involvement in training the Afghan army and police, Kirby responded crisply:

“I think he [Panetta] expressed gratitude for what they have done and – that his fervent hope that they’ll continue to stay engaged [in Afghanistan].”

Then came the punch line:

“But to characterize this – the secretary’s visit to India as some sort of poke in the chest to get them [Indians] to do more would be – would be to do his visit s a disservice. That’s not why he’s in India. He’s in India to thank them for their efforts at regional leadership and to look for ways to deepen out defence cooperation with India and our relationship with India. That’s something he would like to do more of. But we’re very appreciate of India’s efforts in the region and in Afghanistan in particular.”

Kirby also made it clear that the NATO’s latest agreements with three Central Asian states on transit facilities for taking military equipment out of Afghanistan, are not to be construed as a substitute for the transit routes via Pakistan. He underlined:

“We’ve also long said that we do believe having the ground gates open at Chaman and the Torkham gates open… is – remains valuable. And we continue to be in discussions with our Pakistani counterparts about the – about trying to get those gates open and, in general, trying to improve the relationship with Pakistan writ large.”

What does one make out of Kirby’s ‘course correction’? One, Pentagon is anxious that the overhype by the Indians – deliberately or out of sheer naivete – doesn’t cause unease in Pakistan or complicate the delicate negotiations under way to ease the tensions in US-Pak relations.

Two, indeed, US is not demanding a larger-than-life role by India in Afghanistan, as some Indian pundits would fondly hope for. Whereas Pakistan is the US’ key interlocutor on Afghanistan, India can fill in at best certain well-defined supportive roles such as rendering economic and technical assistance or rebuilding the Afghan economy.

Three, US would know the Indian leadership’s aversion to get involved in the NATO’s war and the ‘red lines’ as regards Indian involvement. Meanwhile, Delhi would also be loathe to undercut its dialogue process with Islamabad at this delicate juncture by spurring great game rivalries with Pakistan on the Afghan turf.

In sum, Kirby underscored that the US-Indian cooperation over the Afghan situation is pretty much optimal as things stand, and the US’ best hope will be to keep things as they are. The transcript of Kirby’s briefing is here.