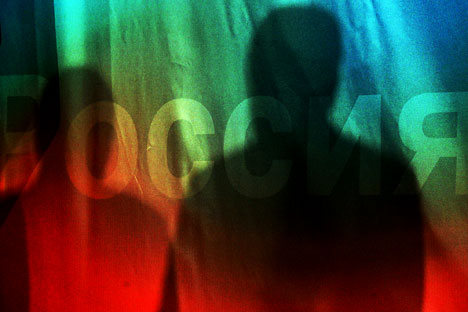 It remains to be seen whether Russia's authorities will cope with the current political instability. Source: AP

Russia is in a state of irreversible political crisis, according to the Center for Strategic Research. More worrisome, the Center’s research shows there is no player in the political arena who can cope with this challenge.

The latest report by the Center for Strategic Research does not hold out much hope for Russia’s immediate political future.

“Neither the elections nor the subsequent political protests in major cities could split Russian society, consolidated as it is by the shared burden of social and economic problems. Meanwhile, the political crisis has become irreversible and no matter how it develops, preserving political stability, let alone a return to the pre-crisis status quo, appears to be impossible,” reads the opening statement of the report, which conducted more than 50 focus groups and a score of in-depth interviews with residents of cities throughout Russia.

The Center for Strategic Research

The agency was created in 1999 to support reforms in the country. It positions itself as a site for dialogue between the authorities and society in formulating public policy. The center provides expert support for the Russian government. In 2011, the center released two political reports that predicted growing public discontent on the eve of parliamentary elections. The center counts as its partners the International Energy Agency, International Monetary Fund and the United Nations Development Program, among other institutions.

Said one respondent, “I would vote for anyone; the main thing is to vote against the current authorities. What matters to me is to put my vote on the scales of the people who share right-wing values and liberal freedoms – all that the authorities are destroying.”

Lack of support for the present administration is not limited to the middle class, however. Sociologists claim that the backlog of unresolved social and economic problems is a kind of consolidating factor that covers up the differences in mass political expectations. The masses often share the demands of the middle class, stressing the need to strengthen the rule of law and modernize the governing system. “Society is still relatively homogeneous and its demand for change is ideologically neutral, pragmatic and rational,” the authors of the report argue.

At odds with society’s values

One of the most frequent complaints across all socio-economic groups is that “all the concepts that are adopted remain on paper.”

The experts have no easu answer to the question of who might become the agents of change. The respondents are equally mistrustful of the authorities and the opposition. A new “non-ideological party of the majority” could be an answer to the challenge of 2012, but creating it is an uphill struggle. The report notes that unlike at the beginning of the previous decade, it is now impossible to create such a party from the top. Nor experts see any politician with enough integrity among other social forces.

The names most frequently mentioned as promising politicians include Mikhail Prokhorov, Dmitry Rogozin, Alexei Kudrin and Alexei Navalny. As part of its study, Center for Strategic Research assessed their credibility with voters.

Prokhorov has no chance of moving beyond the comparatively narrow political niche he occupies today. His main obstacle is the large number of active voters who view him negatively or as a dilettante and show no sign of changing their opinion.

Rogozin’s most salient feature as a politician is that he is one-dimensional. He is unable to competently formulate any agenda other than foreign policy nationalism and defense policy.

Like Rogozin, Kudrin is not yet perceived as a political figure. But his image is unique. In the popular consciousness, he is considered an experienced statesman who is a professional in the field of economic and budget matters. Kudrin’s recognition factor with respondents is close to 100 percent, and most have a positive opinion of his professional competence and experience. Kudrin too has his opponents, but unlike that of Prokhorov, it is not numerous and not highly motivated. The fact that Kudrin is perceived as ideologically neutral as a professional does not rule out the prospect of building his personal brand as a politician.

Navalny is not yet perceived as a full-fledged political leader, although many respondents think that as he gains experience and builds up his reputation and achievements, he may become one. Navalny is still little known outside Moscow and his support appears to have been weakened by the fact that the fight against corruption is not a strong enough motive for a people to view him positively.