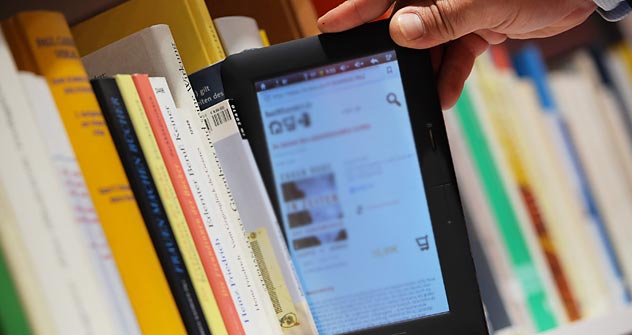 According to the federal press and mass communications agency Rospechat, sales lost to piracy add up to several billion rubles per year. Source: ITAR-TASS

Piracy of e-books is slowing the growth of the e-book market in Russia, even as print publishers look to electronic versions to make money.

Sales of electronic books in Russia are growing by leaps and bounds. In the last three years alone, e-book sales have increased 12-fold. Receipts for 2011 were double the amount for 2010, totaling 135 million rubles ($4.5 million). However, the growth of legal sales is limited by extensive piracy in the sector. In Russia the share of illegal downloads of books is as much as 90 percent. According to the federal press and mass communications agency Rospechat, sales lost to piracy add up to several billion rubles per year. In comparison, the volume of illegal e-book downloads in Germany is 60 percent. In the UK, 29 percent of those who use e-book readers download pirated texts according to Entertainment Media Research, while according to an American Assembly Poll, in the U.S. this share is 46 percent.

For many, downloading books legally is inconvenient as well as expensive. According to Rospechat, the pirated book market in Russia has more than 100,000 titles on offer while only 60,000 titles are available legally. Additionally, the electronic book market in Russia is dominated by two main companies: LitRes (54 percent) and Aimobilko (20 percent). In a recent interview with gazeta.ru, Mikhail Kotomin, editor-in-chief of independent Moscow publishing house Ad Marginem said that success in legal sales of e-books in Russia can be achieved only if the leader in online print-book sales (ozon.ru) joins forces with the suppliers of electronic books: “Very soon we should see the appearance of a system like Amazon.com where electronic books are sold right on the site and not separately from print books. E-books would be presented on this site not by the authors but by their publishers. Then even small independent publishers like Ad Marginem would have direct access to the market and could bypass monopolized distribution.”

Electronic books do not sell fast enough to make up for the losses from falling print runs. The success of Russia’s two largest commercial publishers, AST and EKSMO, depends on second- and third-rate literature as well as mass-market writers of thrillers and bodice rippers such as Daria Dontsova, Alexandra Marinina, Yulia Shilova and Tatiana Ustinova.  Their combined print runs total between 10 and 20 million copies a year. Even first-rate writers and winners of prestigious literary prizes have to fight for print runs and support from their publishers.

“Writers are being forced to produce with the speed of sprinters. Just look how fast Viktor Pelevin and Zakhar Prilepin are now writing,” Ad Marginem’s Mikhail Kotomin remarked recently. Both writers are now turning out two books a year, whereas in the past they might labor for years over a single volume.

Books by popular science-fiction and fantasy author Sergei Lukyanenko are sold in both print and electronic versions. Lukyanenko can compare receipts from the various e-book sellers based on the results for his latest bestseller, “New Watch.” “Using four payment systems (Plati.ru, IMKHONET, Amazon and PayPal), I received (in the form of book payments and voluntary contributions) the very nice sum of $10,000. However, the first printing of “New Watch” was 120,000 copies. Therefore, the writer whose book comes out in an edition not of 120,000, but 12,000 will receive only $1,000 for a year’s worth of work,” Lukyanenko reported recently in his blog. At the same time, a print run of 12,000 copies in Russia today is considered very good. “In order to receive a worthy sum for one’s electronic books, the author must be wildly popular. If he’s wildly popular, he will earn so much on the sale of his print books that receipts from the electronic versions won’t matter that much,” said Lukyanenko.

Print book publishers see the only way out this crisis is to develop the legal market for electronic books. To do this the number of quality digital publications must be increased and their prices must be lowered. Additionally, the procedure for buying e-texts must be made clearer and more convenient. Fighting piracy and the violation of copyright is very difficult since most pirate sites are registered abroad and are therefore outside Russia’s jurisdiction.

Sergei Anurev, general director of LitRes, predicts that if Russia’s e-book market continues to grow at the current rate, the share of legal sales will reach 5 percent of the current book market volume (3 billion rubles) by 2015-2017. In 2011 more than a million e-book readers were sold in Russia, and their prices are steadily dropping. Nevertheless, Vladimir Chichirin, brand-director of EKSMO, says that Russia, unlike the United States, will not see an explosive growth in the e-book market: “We don’t have the base for it; we don’t have our own Amazon.”