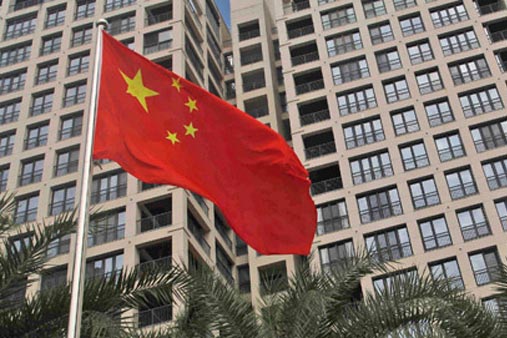 China is currently making a series of attempts to strengthen its position in Central Asia. Its primary aim is to radically change the balance of power in the Shanghai Cooperation Organization through the use of economic levers.

China made the following key proposals during preparations for the organization’s last summit: creation of the SCO Development Bank based on Chinese capital; formation of an “SCO account,” also based on Chinese money, or rather a fund for supporting projects to develop the organization; and, establishment of a single free trade zone for participating countries.

These initiatives will ultimately result in SCO institutions duplicating and absorbing Russian integration projects in the post-Soviet space, the Customs Union and EurAsEC. In the future, this will allow Beijing to use the SCO’s mechanisms to increase its influence in Central Asia. That possibility has already produced a mixed reaction in Russia.

Analysts writing in the liberal newspaper Kommersant stressed that “if all three projects are implemented, cheap Chinese money made available through the SCO would be an additional lure for many members of the organization against the backdrop of an impending second wave of crisis and falling oil prices. And that would allow Beijing to dictate terms to its partners on many issues, including issues not directly related to SCO activities…”

On the eve of the SCO summit in Beijing, however, a number of Russian leftist politicians and experts have taken a pro-China position and are seeking to implement just that scenario — to carry out integration projects in the post-Soviet space under Communist Chinese auspices and with Chinese participation.

For better or worse, consideration of China’s initiatives in Beijing was postponed at Russia’s request, but China is not going to abandon its attempt to strengthen its political positions. The revitalization of Chinese policy in Afghanistan, in particular, is an indication of that.

Chinese President Hu Jintao met with Afghan President Hamid Karzai during his trip to Beijing for the SCO summit in connection with the granting of observer status to Afghanistan. The parties signed a formal declaration on the joint struggle against terrorism and drug trafficking. During the talks, the Chinese government committed itself to providing 150 million yuan ($23.8 million) in assistance to Afghanistan. Karzai promised additional security for Chinese workers in Afghanistan.

China’s role in Afghanistan is now quite large and is based primarily on economic mechanisms. China is one of the country’s largest investors. Chinese companies are developing the Aynak copper mine, and that project is seen in Afghanistan as a key component of the country’s industrial modernization. It is worthwhile mentioning that the Chinese facilities at Aynak are reportedly being guarded by a special detachment of 1500 Afghans.

A number of Chinese construction companies are also working in Afghanistan, both as independent investors and as operators in foreign projects, including Western ones. All of this, plus large amounts of Chinese aid to Kabul, lets China have a significant impact on Afghan politics.

Unlike the United States, China is not solely interested in a geopolitical foothold. This country could be an important source of raw materials for China, which has recently been forced to increase the range of goods it imports, including oil, gas and copper, which can be mined in Afghanistan. China may also be interested in Afghan cotton. Efforts have been underway for some time to revive cotton cultivation in Nangarhar.

Because of its geographical position, China is interested in the possibility of transit through Afghan territory. A number of routes in the vicinity of the Sino-Pakistani border are unstable and are virtually closed by winter snows. Therefore, bilateral trade could benefit from transit routes through Afghanistan.

Finally, the Afghans and Chinese are facing similar threats, including Islamic extremism and separatism. In East Turkestan, China is having to deal with Islamist Uyghur groups that have bases in Pakistan and Afghanistan and cooperate closely with the Afghan Taliban. That forces China to make greater efforts to ensure Afghanistan’s stability, and it finds the “forget and leave” position of some war-weary Western politicians completely unacceptable.

It is also important to understand that if China replaces the United States in the Afghan security system after 2014, it will rely on non-military methods to fight terrorism, which could prove successful.

The main source of strength for the Afghan Taliban comes from certain groups in Pakistan that provide them with a secure logistics support system. For Pakistan, the Taliban are a mechanism for influencing Afghan politics to prevent the formation of an Indo-Afghan alliance that would create big problems Islamabad.

The problem is that over the past 10 years Kabul and New Delhi have been able to establish strong ties of friendship, and Indian films exported to Afghanistan have helped shape a favorable perception of India there. During the war years, Pakistan has become extremely demonized in the Afghan public consciousness. In addition, territorial claims between the two countries are a very urgent issue, which makes the formation of an Afghan-Pakistani alliance impossible.

All of this creates a political dead-end: neither the United States nor Afghanistan can give Islamabad satisfactory security guarantees or desires to do so, and without them Pakistani politicians are afraid to stop supporting terrorists, which are the only instrument they have for defending their interests in the region.

The situation will change dramatically when China, which maintains good relations with Pakistan, enters the game. If financial mechanisms give Kabul a pro-Chinese orientation, China will be able to function as a reliable guarantor of security for Islamabad.

However, most of the regional players, including India, Kazakhstan, and Russia, will be unhappy with that scenario because it implies a disproportionate gain for Beijing and the formation of a geopolitical axis under Chinese sway stretching from sea to sea. Such a scenario is also unlikely to meet with approval in the United States and Europe.

Strictly speaking, by far the best way out of the situation would be to end the military phase of operations in Afghanistan by 2014 and then partially transfer responsibility to the SCO — primarily to Russia, China and Kazakhstan. That could resolve the international tangle of conflicts without creating new geopolitical imbalances and contentions.

Nikita Andreyevich Mendkovich is a historian, economist and expert at the Center for Modern Afghanistan Studies (CMAS).