A life of their own 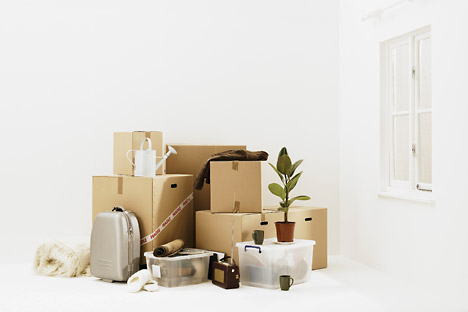 In the process of moving, inanimate objects sometimes take on broader significance.

This year, my bumming-through-Europe-during-junior-year-abroad backpack will go with a teenager from Annapolis on her family’s trip to Peru. Later, a newborn in Georgia will be read books pulled off my bookshelf and a couple in Arlington will watch TV in their first house on my couch. And in December, a toddler at the U.S. Consulate in Shanghai will unwrap presents under my Christmas tree.

I thought my future plans were interesting, but now it seems like my former possessions will go on to have adventures of their own, thanks to Craigslist.

All spring, the items in my DC house have dwindled. Part of moving abroad without a big expat package is getting rid of practically everything you own. For the past few months, selling furniture on Craigslist has seemed like a part-time job. And when I sell things like bookshelves, the books have to find a new home, too. My husband’s collection on the history of the United Methodist Church went to a local seminary; Russian-language children’s books went to a friend’s detsky sad; about 25 boxes labeled alternatively “Russian history in Russian” and “Russian history in English” will go into storage in North Carolina, along with three or four labeled “family photo albums.”

In the 10 years I’ve been married, I have lived in five different apartments (and one house) in three cities. It’s not a necessarily impressive number, but it’s one that has resulted in some tough decisions about what I really need and want.

Sometimes, the distribution of goods forces conversations you might otherwise never have – with yourself, as well as with others. At one time, I was going to be a scholar of Russian church history. I wrote some papers, acquired a fairly decent library on the subject. Eight years later, I’m a journalist. It is a profession I love and one I feel that fits me well. And yet, the library remains. Is it a dream I can’t quite let go, or just a reminder of where I’ve come from?

One day not long after we announced that we were returning to Moscow, I called my dad. He had not been particularly thrilled with our plans and the conversation started badly. After exchanging the general pleasantries, it seemed that there was nothing more to say. There was silence on the phone. Then, after several minutes, he said: “When you go, can I have your TV?” With that, the subject that had been the proverbial elephant on the phone had been broached. And everything was ok.