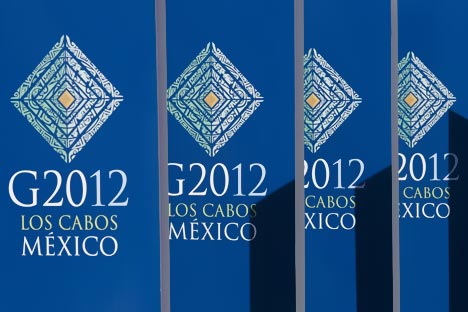 The arguments in favor of the Indian government’s decision to contribute $10 billion for stabilizing the Eurozone are logical, the most important being that it is just about 13% of the $75 billion that the BRICS committed.

The Prime Minister Manmohan Singh’s speech on Tuesday at the plenary session of the G-20 summit at Los Cabos, Mexico, drew flak in India on account of his announcement of a contribution of $10 billion [Rs. 56000 crores] to the International Monetary Fund’s additional “firewall” of $430 billion for stabilizing the Eurozone.

True, it is a staggering sum and what India is doing hits the eye as a weird thing to do – a poor country rescuing rich, fat Europeans, including some who ruthlessly exploited it for centuries, causing famine and pestilence, during their inexorable march to affluence.

But then the wheel of life is turning today and the arguments in favor of the government’s decision to contribute are logical, the most important to my mind being that it is just about 13% of the $75 billion that the BRICS committed. (China’s share is $43 billion, Russia’s $10 billion.) Besides, the contribution is notional insofar as it not as if India is handing over $10 billion in cash to anyone anytime in Athens or Rome. The IMF firewall is a comfort scheme.

But politics being what it is in India, don’t be surprised if this decision to throw money at the Eurozone still plays out on the maidan during election time as an act of profligacy by an insensitive ruling elite.

The PM did some tough-talking to the Europeans and it is a sheer delight to hear him tell them to get their act together. Cutting through the idiom of the economist, he gave the following message: ‘You guys are making a mess of your own life and the “contagion” – yes, PM used the word – is threatening to spread. You’re stupid to think liquidity alone will get you out of the debt trap; you also need to change your lifestyle and grow. The interplay of austerity and growth is delicate and sheer austerity, as Frau Merkel advises you, isn’t going to return you to a sustainable debt position. Monsieur Francoise has a point.’

Dr. Singh insisted vehemently that the negative impact on the developing countries is virtually crippling when long-term capital flow to finance investment in such a crucial sector as infrastructure investment gets disrupted.

However, PM’s remedy for India’s economic woes, which he briefly touched on, contains the good, bad and the ugly pill. His focus on infrastructure investment as an immediate stimulus for the economy by providing a robust source of demand is just fine. This could create jobs and livelihood for millions of poor people.

But Dr. Singh also spoke of creating an investment climate designed to provide a “level playing field” to foreign investors through “stable” policies. Wal-Mart? Again, he stressed that the government is “determined” to take “tough decisions, including on controlling subsidies” to reverse the expansion of fiscal deficit. That sounds heartless in these hard times.

On the whole, did US President Barack Obama’s phone call last Thursday influence Dr. Singh? Good question. But then, that’s what friends are for. The text of PM’s speech is here.