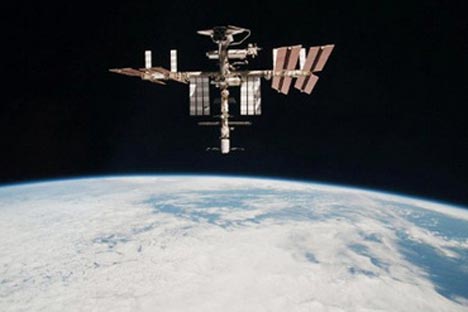 India’s space conquest hopes that had risen high after the success of the Chandrayaan mission are coming to terms with gravity even as China notches up major milestones.

If there is a space race between India and China, it isn’t a close one. Beijing sent its first astronaut into space in 2003 and in June 2012 Liu Yang became the first Chinese woman to enter the final frontier. In comparison India’s first manned space flight is unlikely to happen by the 2016 deadline.

The gap of more than a decade between the two Asian giants isn’t as worrisome as it seems. After all, the Chinese aren’t unduly concerned about America’s 40-year head start. Rapid advances in technology can compress development time frames, making it easy for large nations to catch up.

What should worry us is New Delhi’s cavalier attitude towards such a vital sector. Paucity of funds has been a key factor holding back India’s manned space flight programme. The $1.6 billion allocation to the Indian Space Research Organisation (ISRO) in this year’s budget was the highest ever, and is only a meagre increase over last year’s $1.45 billion. That amounts to just 3 percent of the funding earmarked by the US space programme.

Compare that to the $5 billion in developmental aid pledged to Afghanistan. You don’t have to be a rocket scientist to figure out which investment – space or Afghanistan – will pay better dividends.

At any rate, it is scandalous that a country with a GDP of over $4,500 billion has a shoestring space budget from which ISRO has to pay its 16,000 employees – before it build rockets or moon rovers.

Incidentally, the extraordinary success of India’s first expedition to the moon was achieved for the ridiculously low cost of $83 million whereas a similar America mission in 2010 was tagged at more than $700 million.

Space – on the back burner

One probable reason for such shockingly low funding is that India’s highly indigenised space sector doesn’t offer scope for king-sized kickbacks, as is common in defence deals. Space, therefore, is a low priority area for the political leadership.

The degree of step-motherly treatment meted out to ISRO can be judged from the fact that the scientists and engineers behind Chandrayaan, India’s first deep space mission, which discovered water on the moon, were conspicuously missing from the national awards. And adding insult to injury, Prime Minister Manmohan Singh’s doctor, with no known contribution to the nation, got an award.

The Indian space programme has also been hamstrung by decades of US-led sanctions. Unlike in, say, telecom, where Indian companies can import entire systems from European or Chinese companies, in the space sector ISRO has had to reinvent the wheel. This virtual boycott increases the time frame for manufacturing satellites and rockets.

This is where India’s leadership has let the nation down. Western countries denied India high technology for reasons of self-interest, but what was New Delhi doing during the heady days of India-Russia bonhomie? Indeed, if Moscow could be relied upon to come to India’s aid in the event of war – as it did in 1971 – what prevented New Delhi from asking for the transfer of space technology? Didn’t Mao Zedong kickstart China’s space programme with lavish help from Moscow? I believe it is our warped sense of Gandhian self-flagellation that prevented us from circumventing those discriminatory sanctions.

Nations beg, borrow and steal the technology they lack. In the 18th century, the British learned how to make better rockets, ships and steel from India. More recently, captured German scientists largely formed the basis of rocketry at NASA. (The joke was that in the race to put the first man in space, the Americans lost despite working the Germans 24 hours a day because Stalin was flogging the Russian scientists 48 hours a day.)

Missing the sale of the century

India missed the sale of the 20th century in 1991 when Russia desperate for cash was hawking the crown jewels of its space industry. Key technologies which sent the first man into space and made Russia the world’s leading space faring nation, and which were locked away in secret cities, overnight became available to the highest bidder. Heat shields, re-entry capsules, cosmonaut suits, orbital docking systems, miniature nuclear reactors – Moscow had them all on sale.

NASA seized the opportunity to buy 150 of the world’s largest rocket engines, which were built in the early 1970s for the aborted Russian moon landings. These rockets will be at the core of its post-Shuttle programme. An American administration official said back then, “A few years ago, we were trying to steal these technologies. To miss the opportunity would be insane.”

However, it was China that carted away everything it could lay its hands on. Just 12 years later, Beijing was able to send a two-man crew into orbit. There is no evidence that India’s leadership was even aware of all this.

Liu Yang’s space docking mission is significant because it is the first step in building China’s permanent space station. In a briefing paper for the Massachusetts-based Union of Concerned Scientists, Gregory Kulacki explains that the Chinese have a 30-year plan to construct a national space station. “The plan emerged from a contentious internal debate that began in March 1986 and engaged hundreds of Chinese experts in many fields, as well as the leadership of numerous Chinese institutions,” he says.

Interestingly, when the Chinese political leadership finally decided to approve the initial phase of the plan, space professionals believed they would be latecomers to an expanding human presence in low Earth orbit. Ironically, things have panned out differently – China will be the only country to have a permanent presence in space when the International Space Station, operated mainly by the US and Russia, is abandoned and de-orbited in 2020.

To be sure, in 1989 when former American president Ronald Reagan launched the grandly named Star Wars programme, at first the Chinese military and communist party leadership feared they would get left behind in the tit-for-tat battle between Washington and Moscow.

However, after the initial jitters, the Chinese refused to be swayed by emotions. Perceived international status was important to the Chinese leadership and military brass, but as Kulacki points out, “that status was conceived as a demonstration of the political will to build a comprehensive and competitive national space infrastructure, not the specific ability to put people in space, or to send them to a specific destination, such as the moon”.

Indeed, China’s desire to be recognised as a major space-faring nation, measured by both national capability and commitment to human spaceflight, was the deciding factor.

India’s space programme has been a matter of tremendous pride for its people. Flush with Chandrayaan’s success, ISRO engineers want to make a bold play for the heavens. But there’s a problem – the PSLV rocket that propelled Chandrayaan to the moon is not big enough to transport humans. That is the job of the heavy lift GSLV, India’s biggest rocket, on which rests the fate of India’s manned missions. The GSLV programme has been plagued by a series of launch failures, which makes it the sort of vehicle you would rather let your mother-in-law ride.

It is a bizarre situation where India’s future astronauts are undergoing training, near Bangalore, but the rocket that will take them to space is far from ready. The serious glitches involved in the GSLV programme could have been easily avoided if India, instead of trying to reinvent everything, had acquired Russian technology back in the 1970s – through the back door.

Currently, China’s massive state-run space exploration programme and America’s post-NASA private players are preparing to rush into the final frontier. Even as the stage is being readied for the colonisation of the moon and Mars, India continues to operate in low earth orbit.