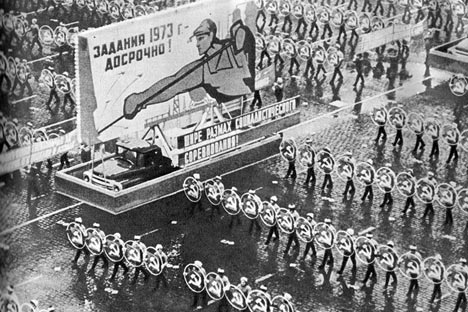 The idea that some former Soviet nations will have to make a strategic choice between integrating within the former Soviet space or being part of other groups is far-fetched.

Increasing integration of the countries of the former Soviet Union is among Russia’s chief foreign policy priorities. The main objective is not only to preserve and consolidate unity in the political, social, cultural and historical contexts, but also to reanimate trade and economic cooperation and encourage healthy competition. Neither the CIS nor the Customs Union of Russia, Belarus and Kazakhstan was established to escalate any form of confrontation with Russia’s neighbors but rather to pursue peaceful coexistence and cooperation with other blocs of nations, including the European Union.

The idea that some former Soviet nations will have to make a strategic choice between integrating within the former Soviet space or being part of other groups is far-fetched. Eurasian integration, which is, importantly, economic integration, and the integration pursued by the European Union are parallel processes. Furthermore, they are complementary. Most important, all these processes are founded on a comparable, similar international legal framework built upon WTO rules and regulations. Nothing done within the framework of Eurasian integration runs counter to WTO standards or contradicts the integration parameters accepted in Western Europe.

The increased integration of Eurasian nations should borrow from the EU experience as far as regulatory mechanisms and technical standards are concerned. This matter was thoroughly discussed back in 2005, when a package of road maps was adopted for four EU-Russia common spaces (common economic space; common space for freedom, security, and justice; common space for external security; and common space for education, research and culture). The road map for the external security space stipulated that integration processes in various parts of Europe were complementary, so to present the former Soviet Union nations with an “us or them” choice is inappropriate and unequivocally unfair to them.

When professionally scrutinizing specific issues, such as Customs Union parameters, Russia has a competent pragmatic dialogue with its partners in Brussels because the European Union is a sort of customs union. These issues do not need to be artificially politicized by some political experts and politicians.

At the same time, at the official level, the EU shows a natural interest in integration processes within the former Soviet Union, specifically the efforts to establish the Eurasian Economic Area. Brussels already perceives it as an objective reality. Obviously, the deeper the integration goes, the more adjustments will be called for in the work with the EU. For instance, the emergence of supranational institutions within the scope of Eurasian integration added a new aspect to negotiations with the EU over the New Basic Agreement. This does not make the mission of negotiators any simpler, but I see no insurmountable obstacles here and I am certain that my counterparts from the EU negotiating team will share our vision of this new circumstance. At least, I hope they will.

Vladimir Chizhov is the ambassador and Permanent Representative of Russia to the EU.