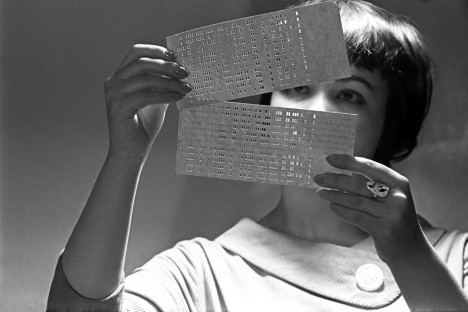 "We," an exhibition that consists of 300 Soviet-era photographs. Source: Yuri Abramochkin

The Lumiere Brothers Center for Photography in Moscow has collected 70 years of Soviet portrait photography into a single exhibition.

"We" is an exhibition consisting of 300 Soviet-era photographs, in the words of the organizers brought together “to create kind and sincere project to unite us all, something to make us look back at our past with a positive feeling and to serve as a bridge between the past and the future.” The gallery’s own collection occupies the central part of the exposition, but works were also gathered from funds and private owners. 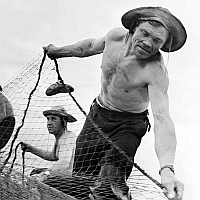 View the gallery: The We photography project: 70 years of the Soviet history in faces

The pictures range from the early 1910s to the start of Perestroika, showing “our great-grandfathers and grandfathers, our parents, and the people who surround us.” Alongside images already acknowledged as classics of world art, the exhibition introduces the visitor to the oeuvre of less well-known photographers such as Vladimir Lagrange, Igor Gnevashev and Pavel Krivtsov, as well as other artists never before seen in print or exhibited.

The organizers believe that their careful selection procedure means “there is not a single ‘alien’ photograph; each one of them belongs.” In describing the effect of such cohesion they suggest that “out of individual portraits there emerges a group portrait of an entire generation that speaks volumes about our country and its people.” In completing this impression, the exhibition also features a comprehensive selection of children's portraits and color photographs from the covers of the popular Soviet magazines Spark, Soviet Union, Soviet Photo, and Female Worker.

For more information visit the website of the Lumiere Brothers Center for Photography.