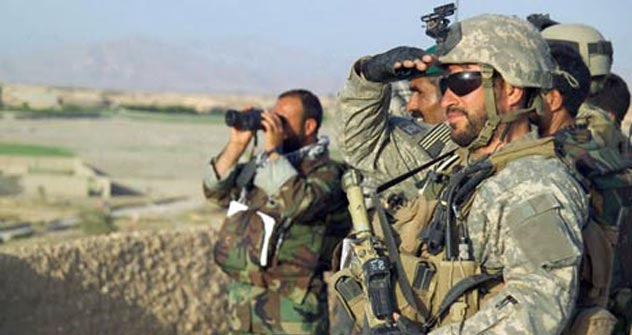 In the second part of this analysis, Andrei Volodin looks at the impact of Sino-Pakistani cooperation on Russian interests.

A point of view has long been firmly established among Indian political analysts that the only function of relations between China and Pakistan is that of ‘containment’ of India in South Asia. It is difficult to deny the logic of such geopolitical constructions, but this position underestimates the importance of trends that cause a significant external impact on the internal political situation in China during the last decade.

The permanent destabilising impact of events in the Xinjiang Uighur Autonomous Region (XUAR) on the overall development of China is a recognized fact. Moreover, political circles in Beijing do not rule out the possibility that supporters of the ‘independent Uighur state’ operating from the Khyber-Pakhtunkhwa or North-West Frontier Province (NWFP) territory of Pakistan are supported by the USA and some Muslim states. Therefore, Beijing endeavours to use various options to neutralise the forces of political Islam in Xinjiang, including those at the state level (Xinjiang is a home to over eight million Uighurs, the most radical of them are seeking to establish an independent state – ‘East Turkistan’). In this direction the China's policy towards Pakistan has adopted new important points.

On the one hand, Beijing was satisfied with a full support of action to eliminate disturbances in Urumqi in July 2009 by the President of Pakistan Asif Ali Zardari, the leader of a ‘core’ Muslim state that has formally dissociated itself from the ‘International Islamic Resistance Movement’ in Xinjiang. On the other hand, China has doubts about the Pakistan authorities’ ability to exercise effective control over all its territory. Beijing is not fully convinced in the effectiveness of such controls and some of Islamabad’s steps taken against extremists, in particular the stringent restrictive measures against the Uighur settlements and their religious schools in Pakistan that have become ‘nurseries’ for the future separatists. The doubts took the form of a direct agreement on multilateral cooperation between the PRC Xinjiang Uygur Autonomous Region and the North-West Frontier Province of Pakistan. The goal of the agreement is establishing direct contacts with the NWFP leaders in order to suppress the activities of Islamists carried out from the territory of the province. The agreement, however, has a significant socio-economic content. Its ‘supporting structure’ seems to be the broadening (with China's help) of the Karakorum Highway, which is strategic for both countries and (through the Khunjerab pass located at an altitude of 4,693 metres above the sea level) connects Xinjiang and NWFP.

The Pakistani authorities seek to persuade China about the appropriateness of using the Karakorum Highway as a main international communication link for the delivery of imports to China from Pakistan's ports, particularly from Gwadar in the Arabian Sea that has been modernised with the Beijing's help. The agreement also provides for cooperation in the field of interregional trade, science and technology, culture, education, health, agriculture, sports and tourism. It can be noted: filling the NWFP agreement with specific content, China will seek to engage as much of economically active population as possible in the bilateral interregional ties cycle, and thus bind their potentially destructive to China activities in Xinjiang.

Interregional relations are only a part of the Beijing’s general course for stabilising the situation in Pakistan. The PRC leadership is aware that Pakistan's problems are of structural and systemic origin, and that they are generated by the state's government course that is constantly and on an extended basis reproducing the contradictions that threaten the unity and territorial integrity of the country.

Beijing wants to diversify its geopolitical strategy towards Pakistan and the South Asia as a whole.

First, Beijing seems to be confident that because of its involvement in military activities in Afghanistan, the U.S. positions in Pakistan have been subtly but irreversibly weakening. The new ‘equation’ of geopolitical power in Central Asia is indicative of China emerging as a dominant economic “actor” in the area. Beijing carries out the tactics of gently pushing the U.S. out of Pakistan through the time tested and proven practice of foreign economic relations expansion. In addition, Pakistan is counting on China's substantial financial assistance, as well as cooperation in the ‘classical’ energy field, primarily the construction of hydropower stations along the lines of tested Chinese projects (based on the experience of the ‘Three Gorges’ project on Yangtze River) in the mountains.

Second, true to its strategic principle of ‘economy defines geopolitics,’ China actively participates in the modernisation of transport infrastructure in Pakistan. In fact, the implementation of projects in this area is subject to reaching a two-in one objective: to ensure safe transportation of energy carriers on the Persian Gulf - South China Sea route and limit the U.S. influence in the regions of the Middle East, South and Central Asia that are a ‘sensitive’ spot for China. The above-mentioned project - the Gwadar port in the north-western part of the Arabian Sea - is an ideal place for observing the movement of vehicles and naval vessels coming from the Persian Gulf towards the East, and - if necessary - can be used to protect the vehicles delivering energy resources to the Far East. In particular, the active participation of experts from China in modernising bases and stations of Pakistan Navy submarines, which can also be used by Chinese submarines, speaks in favour of this assumption.

Third, according to media reports, China intends to seek permission to open a military base in Pakistan. Military experts believe that there are at least three strategic objectives pursued: providing a ‘soft’ military-political pressure on India; limiting U.S. influence in Pakistan and Afghanistan; direct supervising over the activities of the ‘Uighur separatists’ in the NWFP of Pakistan.

Fourth, according to Indian press, China has become a major supplier of military equipment to Pakistan. Currently, the Pakistani army is allegedly armed with Chinese military equipment to the tune of 70 percent. Moreover, citing some military sources in Delhi, the Indian press says: If the prospect of receiving the Russian fifth generation fighter by the Indian Air Force is materialised, Pakistan will turn for help to China also carrying research in this area of ​​military construction.

And finally, for Pakistan, China remains an indispensable ally and partner in the improvement of nuclear weapons and their delivery systems since 1976. And there is no evidence of terminating that assistance in the foreseeable future.

Thus, the strategic policy of China towards Pakistan is a complex symbiosis of at least three geopolitical ideas: 1) restraining the political Islam influence (i.e. the forces operating from the Pakistani territory) on the development of internal processes in China (mainly in the Xinjiang Uygur Autonomous Region), 2) limiting the role of India in South Asia, and 3) the ‘gentle replacement’ of the U.S. out of the South and Central Asia.

Does the development of Sino-Pakistan relations affect the interests of Russia? It seems that the answer would be yes, and there are two reasons for it.