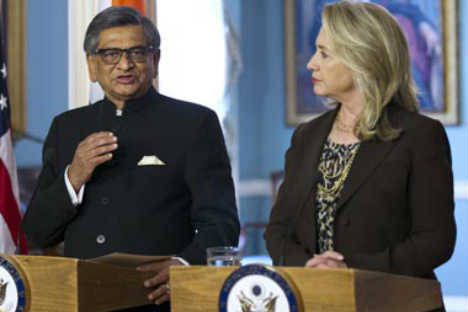 Obviously, there are no short cuts possible for India’s NSG membership. But how does the US explain its masterly inactivity?

The plenary meeting of the Nuclear Suppliers Group [NSG] on June 21-22 drew added attention for India because it was held on American soil – in Seattle – and within close proximity to the Strategic Dialogue between the United States and India in Washington on June 13, where India’s membership of the NSG figured in the discussion.

However, if the Indian expectation was that the US, as host country in the Seattle meet, had scope to exert an extra ounce of influence in the consensus building within the NSG for India’s membership of the regulatory body, things haven’t worked that way. India has been left out, looking in, and it is going to be a long haul. In the final analysis, it may boil down to India’s bilateral equations with the NSG member countries.

The opening statement by William Magwood, Commissioner of the US Nuclear Regulatory Commission didn’t even touch on India. From the US perspective, the focus was on Iran and North Korea. The NSG ended reiterating its resolve not to transfer “dual-use” technology to countries like India, which are non-signatories of the Nuclear Non-Proliferation Treaty [NPT]. The final statement of the Seattle meet states, “Participating Governments [of the NSG] called on all states to exercise vigilance and make best efforts to ensure that none of their exports of goods or technologies contribute to nuclear weapon programs.”

The NSG specifically took note of the “outreach to non-NSG participants” (which include India) and stressed that any legitimate trade with such non-NSG participants should be strictly within the “licensing and enforcement based on NSG Guidelines and control lists.” The NSG meet discussed India in relation to the implementation of the 2008 nuclear deal and the “NSG relationship with India”.

In sum, the broad US approach to the issue appears to have been: Don’t rush new NSG membership. The point is, as a Carnegie paper thoughtfully analyzed recently, the issue is not only about India or by extension concerns Pakistan and Israel’s NSG membership, but also the “identity and future of the NSG” itself (which of course is linked to the Barack Obama administration’s broader nuclear non-proliferation agenda that is expected to gain new momentum if the US president wins a second term in the November election.)

Obviously, there are no short cuts possible for India’s NSG membership. But how does the US explain its masterly inactivity? One way is to put the blame on the “hardliners” within the NSG who question the India’s credentials worthy of membership. The US finds it expedient to hoist the petard of China-Pakistan collusion as the sole obstacle. Sections of Indian opinion are willing to suspend disbelief and buy this thesis, which taps into Sino-Indian tensions.

Indeed, there are double standards held by China and that country has a double-edged stance with regard to proliferation regulation at the moment. But then, this is not because Beijing’s stance is “India-centric”. Expert opinion veers to the conclusion that China is pursuing a “bipolar policy where proliferation is seen as the means to an end as opposed to being the end in itself”, with the interplay of a mix of considerations such as China’s own painful march on the path of regulating its own industry, where India figures only peripherally.

So, what are the US’ intentions? The US circulated a “non-paper” on India’s NSG membership at the Seattle meet in a virtual replay of what the US did at the last NSG plenary at Noordwijk last year. The “non-paper” was apparently intended to stimulate thinking among the NSG members that India’s refusal to sign Nuclear Non-Proliferation Treaty [NPT] need not be posed as a hindrance to its NSG membership.

However, the Seattle meet’s final statement underscored once again the NSG member countries’ “firm support for the full, complete and effective implementation of the NPT.” There is no reason why Indians should crow about the “non-paper” as a sign of India inching closer to its NSG membership.

The US’ diplomatic practice is always to introduce linkages between the different templates of its relationship with foreign countries. The US is bitter that India hasn’t yet delivered on the promise to buy billions of dollars worth purchase of nuclear reactors under the 2008 nuclear deal. India’s nuclear liability legislation comes in the way of the US nuclear industry from doing business with India.

India has cited a recent memorandum of understanding with the Westinghouse as concrete evidence that things are finally moving on this front. But, on closer examination, experts have concluded that this so-called MOU doesn’t actually add to very much. The US isn’t convinced that the MOU qualitatively changes the situation. This was evident from the lack of enthusiasm on the part of the US Secretary of State Hillary Clinton when her Indian counterpart S. M. Krishna hailed the MOU as a breakthrough on the sidelines of the US-India Strategic Dialogue on June 13.

In the final analysis, India is an exciting market for the US. India also is making efforts to assuage the US feelings by more than making up for the delay in nuclear commerce. The government’s determination to move the legislation allowing the Wal Mart to enter its $430 billion dollar retail trade market testifies to it.

All the same, the US would continue to link its push for India’s membership of the non-proliferation quartet – NSG, Wassernaar Arrangement, Australia Group and MTCR – to the Indian government’s willingness to bend its domestic legislation to accommodate the needs of the US companies supplying nuclear reactors. Clinton, during her May visit to New Delhi, repeatedly sought a “level playing field” for the US companies.

After all, why should the US bend over backward to facilitate India’s access to technology regimes so that it can do trade in high technology with third countries? The NSG final statement at Seattle is here.