One American's view of Russia 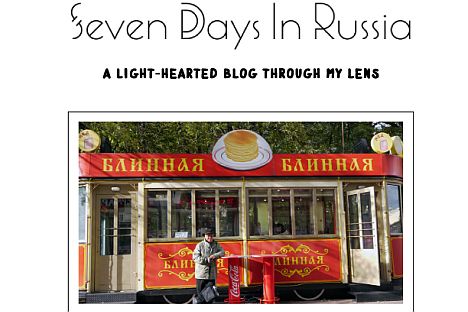 I’m an American businessman and author with absolutely no Russian ancestry. My Dad was a butcher and my Mom a telephone operator. I grew up on the streets of New York, and had to scrap for everything I have.

Four years ago, I accidentally met the world’s first and, to this day, greatest female fighter pilot, Muscovite Lilia Litvyak, on the Internet. A patriotic teenager who ran 278 missions scored15 solo kills, and became Hitler’s worst public relations nightmare. Despite these exploits history had not treated her kindly. She was shot down for the fourth and final time on August 1, 1943, 17 days before her 22nd birthday. Despite the fragments, her childhood, her friends, her loves, her determination, her remains and her plane were lost in time for 66 years. And, so it was that my sixth book Call Sign, White Lily was born. Fate seemingly had made a decision.

I decided to travel to Russia and Ukraine. There I lived with local residents, visited Lilia’s modest gravesite in the tiny village of Marinovka, Eastern Ukraine, ate and drank with ordinary citizens in towns and cities. Most importantly, I collaborated with two incredible women, Valentina Vaschenko and Yelena Sivolap, who decided this befuddled American would help them make Lilia more than merely a footnote in history. Their love and support gave me a perspective about Russia, its people and culture that few Americans have ever experienced, much less believe.

Before my journey, I believed what most Americans believe: Russia is a borderline, third-world country; its citizens are a skeptical and secretive people who depressingly dramatize their past history, and drink themselves into oblivion at will. The country’s leaders support an aberrant form of socialism that condones violations of human rights and views bribery as the normal course of business. Those that do not fit into the prior categories are either violent spies or vicious gangsters. How do Americans know that truth? Simple. We see these truths in our motion pictures, television shows, and press articles written by reporters who have never seen the inside of an ordinary Russian home!

For three years, I gathered materials never seen by Americans and reconstructed Lilia’s story—as I believe she would have liked it written. I now realize there was a grand plan to Yelena and Valentina’s constant lectures. “Every detail, every word, every conversation, must be true to the real Russia.” And, so it was I learned of patronymics, Yesenin, Father Frost and granddaughter Snegurochka, Morozko, burzhuikas, voronoks, Stalin’s dreaded Advisor, and so much more.

I also learned the Great Patriotic War was, by far, the greatest tragedy in the history of the world. As one Russian explained, “There would not have been a Normandy if the blood of 30 million Russians had not been spent.” I visited the unimaginable—mine shafts where people were buried alive and stopped in town centers where Nazis hung children for sport.

My journey taught me other things. Those mysterious, secretive people were actually kind, generous and understated. They would give what they had, if you showed respect and sensitivity. Yes, the language is difficult to grasp, and the inflections seem harsh. But, to a Russian, that is the way it has always been. Ironically, they think New Yorkers talk funny!

Another major discovery was the matter of Borscht. The mysterious, dark red bottle of liquid with selected ingredients that usually rests on a middle shelf in the “ethnic” section of selected American supermarkets. It never occurred to me that Borscht was a mealtime staple that had thousands of personal variations via recipes handed down through the ages, and laced with personal touches. Beyond the endless variations was something else. The making of Borscht speaks volumes about the quiet determination and self-sufficiency of a people that, over the centuries, had traveled many difficult political and social roads. Russians have learned how to make the stuff taste absolutely delicious, based on whatever ingredients are readily available. There is never a lament, “It could be better, if only I had had...”

Russians also don’t have 79 types of breakfast cereals to choose in supermarkets, but, there are supermarkets. And, surprise, surprise, there is food for all, movie theaters with interesting flicks, coffee shops with mountains of tasty pastries, clean, efficient and beautiful metros, abundant, reasonably-priced taxis and shopping malls with food courts. Russia is now the 6th largest economy in the world. I’m certain less than 1% of 300 million Americans would have ever guessed that. Even worse, I suspect there are Americans who still think Russians stand on lines to obtain the basics of everyday life. I mean, after all, wasn’t that what we were taught by the American media?

Clearly, Russia is in the midst of a historic transition. A transition that will take decades before THE Russian form of socialist democracy emerges. It’s also clear America preaching “let us show you the way” is not the way. America started with a clean slate. We didn’t want British rule. So we left, found a new place—a land of immense abundance. There, we created a culture with no baggage. I am proud to be an American. Our political system works for us, but many of our allies have their own versions of democracy that work equally well for them.

Americans are also about to learn that while Facebook and Internet-based social media have emerged an unimaginably powerful tools for ordinary citizens to remove militant dictators and corruption-laced regimes, letting the winners identify and build their own version of a “just and democratic” society is quite another matter. In fact, it might be wise for well-meaning, but ill-advised American politicians to cease giving lectures to these new governments about the unlimited benefits of the American way of democracy.

The final matter to touch on is business. I do not purport to fully understand the “Russian Way” of business. It’s much too early. But I have noticed one fundamental tenet. One does business with those one gets to know. Notice I did not use the word trust. Given events, the Russian has always a high degree of skepticism toward that word. Then there is the matter of “personal interest.” As one Russian explained to me, “Self-interest has always been part of doing business.” My Pollyannaish response? “Bribery is a terrible foundation for a business relationship.” He laughed, and asked me if I ever read the New York Times from an “outsiders” point of view. Then he picked up a Thursday edition sitting on the side of his desk. We counted 11 stories about wrongdoing and corruption on Wall Street, in state and federal political chambers and commercial and residential construction activity.

However, as an American I find doing business in Russia and with Russians does appear to have its flaws. Most of all, it requires enormous patience, and flexibility to deal with inherent contradictions. Older Russian businesspeople act guarded, until they feel you are someone they would like to do business with, perhaps even trusted. Clearly, these attitudes were not developed overnight. They relate to centuries of political and social events that we can imagine intellectually, but have never really experienced. Interestingly, once you get through all that, a deal is really a deal—contract or not. Russians will keep their end of the bargain, so long as you do likewise.

Doing business with the young Russian entrepreneur is quite another matter. They are all about making money. They openly profess a love for the American way of business. They have even taken the time to become fluent in English. But, when “you kick the tires” as we Americans like to say, their rationale appears deeply flawed. “We do deal. If we don’t like, we break deal...just like Americans.”

Initially, their rationale offended me. I would protest and debate. Their almost unanimous response... “What is so offensive? We know of Maddoff, Ebbers and Kowalski. Do you think that is a secret?”