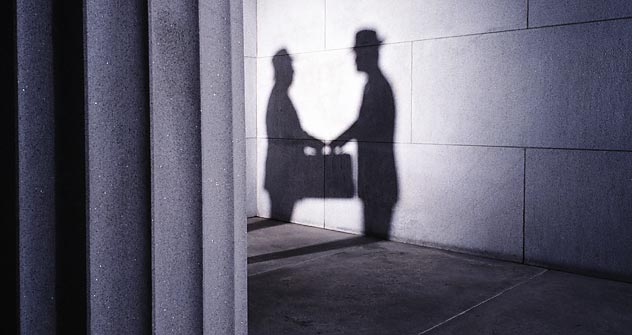 Foreign governments that want to use the NGO route as a means for a coup d’état or to meet other political ends will have to find another way to advance their agenda. Source: Julian Hibbard

Not all NGOs receiving funds from overseas are indulging in malpractices but the Russian Government has every right to ask questions.

There seems to be a particular feeling of discomfort in the West over Russia’s new bill that calls for certain categories of NGOs receiving foreign funding to register with the Justice Ministry. The main aim of this bill is to monitor NGOs that are involved in politics. It’s no secret that some governments in the West aren’t particularly fond of Vladimir Putin. Some might argue that there are powerful people in Brussels, London and Washington who would salivate at the prospect of instability in Russia a la Yeltsin years. After all, those were the days when multinationals set up a strong base in Russia and about $250 billion went out of the country in one of the largest capital flights in history.

After living long enough in Russia, there is one thing I learned about the torch-bearers of fairness and democracy that come preaching to the Russians: When in Rome, they sure do behave as the Romans. Life as a journalist in an area that was just opening itself to foreigners (as Sakhalin was around 2003) was an eye-opener. The guardians of Western values and civilisation indulged in the most corrupt practices, bribing officials in a way that would even shock some Russian businessmen. Others opposing the multinationals paid off local NGOs to sustain campaigns against the big bad oil companies. Then there were those from the civilized world who used the effective tool of local thugs to meet certain objectives.

Of course, it isn’t just NGOs from the West that to tend to engage in activities that are “inconsistent with their primary purpose.” After the 1998 financial crisis, when most Western companies packed up and left Sakhalin, a few NGOs moved in from South Korea. Their aim was to help the economically disadvantaged ethnic Koreans on the island. The Sakhalin Koreans, a small but visible minority in the region, were as poor (and atheist) as the rest of the island’s population in the late-1990s. Then came the South Korean NGOs, basically a front for the various churches in the Asian economic powerhouse.

To keep the story short, the funds from South Korean NGOs, many of which came with missionary zeal and a conversion condition, turned the Sakhalin Koreans into the dominant business community on the island and an ardent group of believers! There is still a fear that the ‘expansion’ may spread to the Slavic descendants of Orthodox Christians, who are not sure of their religious leanings, even two decades after the fall of communism. Under such a scenario, these new believers, like the Sakhalin Koreans, become a political force. The most paranoid of commentators even suggest that these believers, powered by foreign NGOs may create some trouble across the Russian Far East.

NGOs tend to be an easy front for foreign governments to push their political and economic agendas. In India, we know how some American and Scandinavian NGOs bankrolled the movement to stop the Russian-operated Kudankulam plant. Surprise surprise; church-groups were used to sabotage the project, which is a hallmark of Indo-Russian cooperation. The American-backed protestors in Kudankulam are now behind bars for “waging war against the nation,” something that NGOs in Russia are unlikely to be charged with if they violate the provisions of the bill.

The Russian NGO bill is fair and pretty much toes the line of a similar law in the United States. So, if something is good for the undisputed leader of the Free World, why do Western NGOs have a problem with such a bill when it comes to Russia? The penalties proposed by the Russian bill are far less severe than in America.

It’s only NGOs used as a front for foreign governments to advance their political goals in Russia that have to worry about the new legislation. There are thousands of NGOs that are involved in several causes that help the Russian people and this bill will not pose any kind of threat to them. But then we still have some people, who dream of a flower revolution in Russia, and as far-fetched as that may seem, there are enough independent accounts of opposition political parties in the country receiving some kind of assistance from overseas. A lot of this assistance comes via NGOs. It’s this kind of activity that the Russian Government wants to put an end to. Foreign governments that want to use the NGO route as a means for a coup d’état or to meet other political ends will have to find another way to advance their agenda.